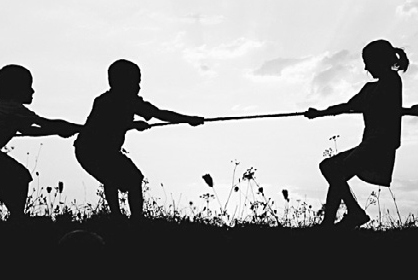 Our readers would recall that in the March 2016 issue we raised a debate on “ IS THERE A WORLD BEYOND COMPETITION?”. Here is a responds to this critical agenda.

In Search of Butterflies and Sparrows: A World Beyond Competition

By  Dhiren Kumar sahoo  is a Ph.D Student working on Philosophy of Higher Education, Social Theory and Sociology of Knowledge in Centre for the Study of Social Systems/School of Social Science, JNU.

In the world in which I live not competition but hyper-competition is the only commonsense, the only praxis and winning is the only way of life. Here one evolves with only one existential philosophy and that is to exist by competing. In such a milieu, a question like this if taken deeply indeed makes one think. It is a very difficult question indeed, because, it is very existential, moral, ethical. Is a world possible beyond competition? It’s an important question indeed.

Before coming to the point that whether a world beyond competition is possible and if it is possible what kind of world it would be, what would characterize its being, let’s contemplate on this very world of competitiveness, where we exist today; the very meaning and evolution of this way of life. What is it?
A biological/psychological trait/ the survival instinct, or a learned social behavior. Is it really true that competition is the only ontological character of human beings which in fact helps us to build our civilization? Is it really true, that competition is the way through which human being engage in the praxis of making a new world and find a place in it? If in a world where competition characterizes one’s life world, defines one’s destiny; it is important therefore to know it, understand it; to define it, if it is needed to transform it, redefine it.

How many times have we been told by our family, society and its miniature institutions like school, college and universities to be competitive, to prove ourselves and to leave behind others in all aspects of life?  Competition is everywhere and apparently unless and until you compete, you will fail, and you will be condemned by all. Competition is so intimate to us that at times it stands as an enemy. So competition is our intimate enemy; an enemy who is so dear to us. Few of us have ever bothered to know this intimate enemy.  To know it very closely; we can see it as an activity, a condition of contest between two or more organisms, individuals striving to gain or win something  by defeating or establishing superiority and one’s security.

If we go by this meaning, our first internalization of competition begins from the first training when we are taught how to not be like animals and other human beings and how to win over our intimate ones. The journey which begins from our immediate surroundings to prove we as human species is the only as superior species, and continue to flow throughout our life in different contexts; our immediate neighborhood, to our school, to college, to university, working domain, in consumer in market, our love for nation, to be the most powerful and developed nation in the world.

At each step one has to prove oneself by defeating the others.  In our time; the coming of quantification has added new legitimacy to competition. The more number one leaves behind the more one is competitive, successful and dignified therefore legitimate. To be in our world is therefore to have numbers. Our existence is therefore surrounded by a competitive world; to be number one seems to be our ultimate mantra. Competition is very deep inside our unconsciousness, it has entered into our blood stream, it is perpetually mutating our thinking, consciousness and praxis.

Since the last twenty years in the process of growing up in this system, it has entered into my consciousness. No escape from it .I have been told from my school days to be competitive, to be successful, to defeat others. That’s  the only  way  I have been  told to prove myself; my distinction, my superiority; my intellectual ability over all those fellow competitors I encounter in my life.

So here, when I am supposed to engage in a debate to look at the limits to a competitive world, I begin to interrogate myself. Who am I? Am I the right person to engage in this debate? Can I think of a dialogue through which, we can prepare a ground for remaking of a new anarchic order beyond this hyper competitiveness; where human beings are not the only species but one of the species  inhabiting this world . So when I  was asked to envision  a world beyond competitiveness, I cannot envision it without contextualizing myself in the world which made me the way I am and the cost I paid to exist in the world.

Who am I? I begin to look at myself. Yes, the existential answer comes, that I am a university student; doing PH.D research and some amount of teaching experience. So I am one among those who are under training to join the world of academics; very pampered; dignified, highly valued world of work; because of its inherent superiority of mental labor. We think, we design and restructure the world, that why we are superior and society values this stupidity. Possibly I share this stereotype of an academic being; contributing through mental labor. Therefore, I have decided to join this vocation. Whether this decision was mine or not is an altogether different question.  Now possibly with some kind of awareness I began to know and feel that it is quite in tune with my being. Now I find a meaning, it fulfils me. Despite this inner-fulfillment I find lot of absurdities in it. We are being asked these days to be competitive; to be productive; to be relevant; to increase our Academic Performance Index (API). This approach is everywhere. It is no wonder therefore affects all of us; students, teachers, professors. This approach of extreme productivity has made us extreme competitive; made our world of work stressful; for publication, recognition, recommendations, academic diplomacy, proving relevant though consultancy and research projects have all become elements that pressure us and put us into the rat race every day.

In the world of Economic Darwinism, this process of competition take’s one’s time and energy. We have lost our species character; the surplus within all of us; to be creative, to be playful, to realize our being. We have become one-dimensional; competitive consumption is the only dimension of our being. Life has become burdensome. Youth has become stressful. Most of the creative energy of our youth is going in competition. We have become alienated and live with all forms of anonymity.

Therefore as a mind, as a consciousness, as a potential energy I find this competitive world absurd; and life denying. We can transform this creative energy to create a better world of co-existence, an ecological world. Therefore I see meaningless in it, because in the process of evolving as a student of life, I am realizing more and more the absurdity of being competitive; different cost I have paid, the energy I wasted, the music that I deprived myself; the enemies I have crated, the ecstasy I lost, the multi-dimensional possibility I sacrificed, the playfulness I sacrificed in the process of stressing myself.  Now I realize, how this system of competition, in order to pragmatic, has made me one dimensional man, non-creative and cynic. I am a one dimensional man. The society; its educational machinery sees in me a potential mindless consumer, an educational ideal who is best suit for its market and militaristic vision. It is no wonder therefore a world beyond competition, as I see is not an utilitarian anthropocentric world rather it is an ecological world; where the species character of being is creative; labor goes in creation, in realization of own potential, the creative power of one’s’ uniqueness not distinction, where organic living is the ethics of living, one’s power comes out of relation, co-operation, not accusation, superiority, where science and culture is relational, one ‘s love come out of knowing and understanding and realizing each other’s uniqueness; the ethic of caring, possibility and creative potential.

As I look back into my own journey; as a student I relies that in the process of competition I found myself exhausted. Even though at this point of time I am one of those in the country who need a livelihood, and a social security. I won’t allow myself to accept the ethos competitiveness as a means. Rather I would imagine a world; a society and educational system whose moral foundation is dignity to all forms of labor. And, if all labor carries the same energy, why the distinction between manual and mental. Each one can contribute in their one way, if each form of labor is dignified and acknowledge, each one can learn from each other. The fact that our society is one dimensional, gives dignity to one form of being, therefore it ingrains competition into our being, and we are mutated in the logic.

In the process of growing up in the dominant dimension; we leave behind other dimensions; other creative potentialities. Take for example; all that I learned in my childhood; initiated very integrative way of living; with all its playfulness and rhythms. However when I join in the school, in the process of becoming something  I was made to forget all other dimensions; which I learned in the process of evolving in a very predominantly agricultural and fishing community. The sustainable moral economy,  the organic  way of living; the ethic of sharing, caring  and co-existence, the containment in one’s  need, relational and recreational  and non-assuming labor ethics,  the mother archetype from our mothers; the rising  and setting sun, radiant moon , starry sky,  overflowing  river, the agriculture field. The first education in fact started with seeing, experiencing and feeling and playing with hand all that the milieu provided.  Most of things about the world we learned by working with our own hands, cutting wood , shaping the pot in the potter’s wheel, showing seeds with father in the field, climbing and knowing the trees, making friendship with local birds, grazing and feeding  cattle and seeing death in the  our village graveyards. The sparrows, the butterflies, those yellow toroi flowers, the full moon tide in the rivers, the broken boat we used to play, the lonely summer afternoons, the non assuming local sports, the evening cultural gatherings and those cremations pyres in the village graveyards are the historian of our childhood. They in fact fulfilled our life. The meaning in life, which is worth cherishing, came out of that freedom of being, not to be defined by things.  But the formal system as it defines one according to its own logic; it perceptually makes one dimensional, neurotic. One evolves with a wounded consciousness, without any meaning. That way , I acquire courage, to go beyond a world whose moral foundation is competition and to establish a world, an educational system whose foundation is freedom; freedom to be, to realize ones being and its essence, no winning , no defeat, no self narcissism only co-existence and ecological consciousness. One needs to realize after all that all we have created with this competitive energy are wars, boundaries, consumption, ecological disaster and inflated egos. Never has any positive vibration come out of this reckless competition.

This article is published in The New Leam, May Issue( Vol.2  No.12) and available in print version. To buy contact us or write at  thenewleam@gmail.com