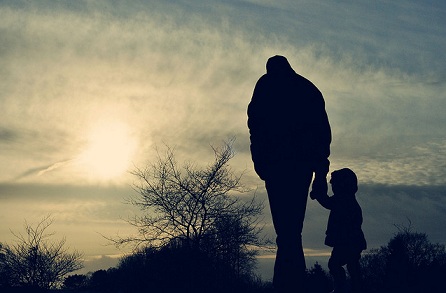 It is not about the imaginary Bharat Mata. They are real mothers communicating with real children, and collectively defining India—the dynamics of nationhood, culture, historical memories and civilizational heritage.

Sharmistha Ganga is a Writer by calling and a Civil Servant by profession – based in Dehradun.

(I) India and its Myriad Forms

“Bliss was it in that dawn to be alive,
But to be young was very heaven”

There was an idea of liberalized India I grew up with. There is an idea of India which now our kids are growing up with. Nestling in the crown of India always made me feel proud as a kid— every time I saw the map of India hanging in our classroom. And collectively watching Republic Day parade on television and going out for family picnic on Independence Day made me feel something extraordinary about the two occasions which were immensely significant for my understanding of India. And finding the image of Gandhi alongside the promise of RBI Governor on every rupee note always left me wondering!

As I grew, my idea of India underwent changes. The idea was often threatened, shattered, reaffirmed, rebuilt and reinforced. Till now, everyday the idea of India presents itself in myriad forms and shapes before me. With an extremely rich multicultural identity the idea of India for my children has been shaped by their childhood emotions, present day forces and their own exposure and imagination. The kids proudly tell (the younger one rather aloud!) that “India is my country.” For them, India has been embodied as something superhuman. It is alive with various possibilities and forms. The Seven Sisters are destined to remain attached forever while the Western Brother is a lone fighter. The Crowning Head of their country remains the most beautiful part of the world and the Tummy of India symbolizes the nourishing land. And firm on its Southern feet, the wholeness of India merges with the waters….An India- washed by the seas as well as drained by multiple rivers.

At Rishikesh Ganga fascinates them, and while ferrying across the Hoogly the vastness of Ganga silences them. (The elder one feels hypnotized by waves of Ganga) The first time my daughter (older kid) attended a Republic Day programme, she was about two months old. As she grew , we talked about these two eventful dates— 15th August and 26th January. The simplest explanation I would offer was that on 15th August 1947, India was born and on 26th January, 1950, India started going to school with only one book called The Constitution. India went to school of democracy and continues to learn till date and emerge as the student of democracy. The younger one knows only about Gandhiji as the Father of the Nation. But for my elder child – India is sustained by the guidance of the Father of the Nation as well as the Father of our Constitution. And when she was not very sure about the meaning of ‘secular’ or ‘social’ while she was reading out for unit test, it gave me immense pleasure and pride to read with her the Preamble and make her understand what the Constitution means and how it constitutes India.

The idea of India for any child is filled with manifold meanings, possibilities, realities and expressions. My kids will also grow up with their idea of India. They will find their own meanings along with the thoughts we have tried to infuse. Once my child was asked at a social gathering: “Your father belongs to ‘X’ region and your mother belongs to ‘Y’ region, so What are you? Her immediate reply “I am Indian” reinforced my idea of India. I could smile inwards with a sense of satisfaction and pride.

(II) Fractured Hope of a the Nation of My Dreams

Being a “Mother” as I am growing up with my little child, I realised that I am never alone in my thoughts. My everyday thinking is in now being questioned at each stage…once for myself and once for my child. Am I giving him the right values and imparting him the correct knowledge? Whether he will be able to adjust in the larger society once he is out of my comfort zone? Should he be sceptical or accommodative in future as he grows up? Contradictory thought processes make me restless and his innocent queries teach me how to inculcate patience. And then I stop for a while, take a pause!!! Look inside; talk to myself quietly that how my child will grow up as a good human in this era of chaos and confusion.

Looking at the present scenario of our nation and the current debate on nationalism, my constant dilemma is: Do I have to prove my nationalism to the state agencies? Or is it a feeling which is not necessarily tangible? As my little one is growing up in a situation where insecurity, intolerance, , violence constant surveillance, apathy towards nature has become a “social fact”… I am still negotiating and hoping for a way out. Since I am a sociologist by profession and a teacher by choice, my constant engagement in the classroom helps me to develop an alternative towards these existing problems and that is where I strive to reach my destination from a precariously poised crossroad.

I would like to narrate one such incident, where I was confused about my nation and then a conversation began with my son, who is quite young. But his innocent young mind gave me a hope and that hope I believe is an ontological need that demands an anchoring practice. Dated -11th Feb’2016. Son: Mumma what are you watching every night at 9pm? Mom (Debate on JNU issue): News. Son (Nagging): Why do you watch it every day and don’t let me see my Chhota Bheem cartoon? Mom: Because watching news is important for adults. Son: So when I will grow up, I have to watch it every day, you mean? Mom: Not necessarily every day but yes you have to keep yourself updated about your nation and what is happening around. Son (with an inquisitive face): What is a Nation? Mom (Starts thinking to simplify the definition for a 4 year old child): Hmmm… Nation means your country or motherland where large group of people reside in a particular territory, with a government and a leader to run that government… Son: So what is my Nation? Mom: India is your Nation. Son: And who is the leader? Mom: The Prime Minister. Son: So how does he run the nation? Does he put some petrol in the nation to run it…like you put petrol in the car to run it? Mom (Laughingly): No my dear child… Running a nation requires a lot of skill, dedication and patience towards your motherland and the leader must have all these qualities so that she/he can understand the citizen’s need and work for their betterment by making it a safe place to stay. Son (perplexed): What are skill, dedication and patience? Are they like Petrol? Mom: Let me try to explain you by giving you some examples. If you like to drive a car, you need to learn some driving skills. Similarly to run a nation one needs to learn some skills. Dedication is consistent effort.

For example, you cannot learn to drive a car in a day. So you have to have commitment to learn it over a period Amrita Sastry with her child of time. Similarly to run a Nation, one needs to have dedication. And patience is endurance that is to keep going despite facing difficulties. For example, when you are going to school in your school van and you got stuck in the traffic then you need to have patience. Son: Ok… (Lost in his world of Cars as if trying to link something) Mom (thinking about her son’s future in this Nation on the backdrop of television debate): In this era of insecurity, surveillance, corruption, demand for caste based reservation (not based on economic background), and crony capitalism, what kind of Nation my child will grow up? Can it be a better place to live in where my child will not have to carry an oxygen mask on face and cylinder on his back to breathe in? Is the debate on the so called issues of Nationalism and Anti- Nationals more important than someone’s basic survival necessity?

Can’t we practice empathy and hope for a better society in future? “Hope”, I feel is the only currency we humans trade during the time of drudgery of life’s changing fortune. In the current situation my hope might look fractured, but it will definitely provide the raw material from which faith will build the castle one day. So I need to teach my child to be hopeful since hope cannot be brought about by acts of omissions of others rather something to be fuelled by an internal desire to accomplish. May be one day he will create his pathways and make his Nation more remarkable by mending the fractures!!!
With an eye made quiet by the power of harmony, and the deep power of joy; We see into the life of things.

This article is published in The New Leam, JULY Issue( Vol.2  No.13) and available in print version.