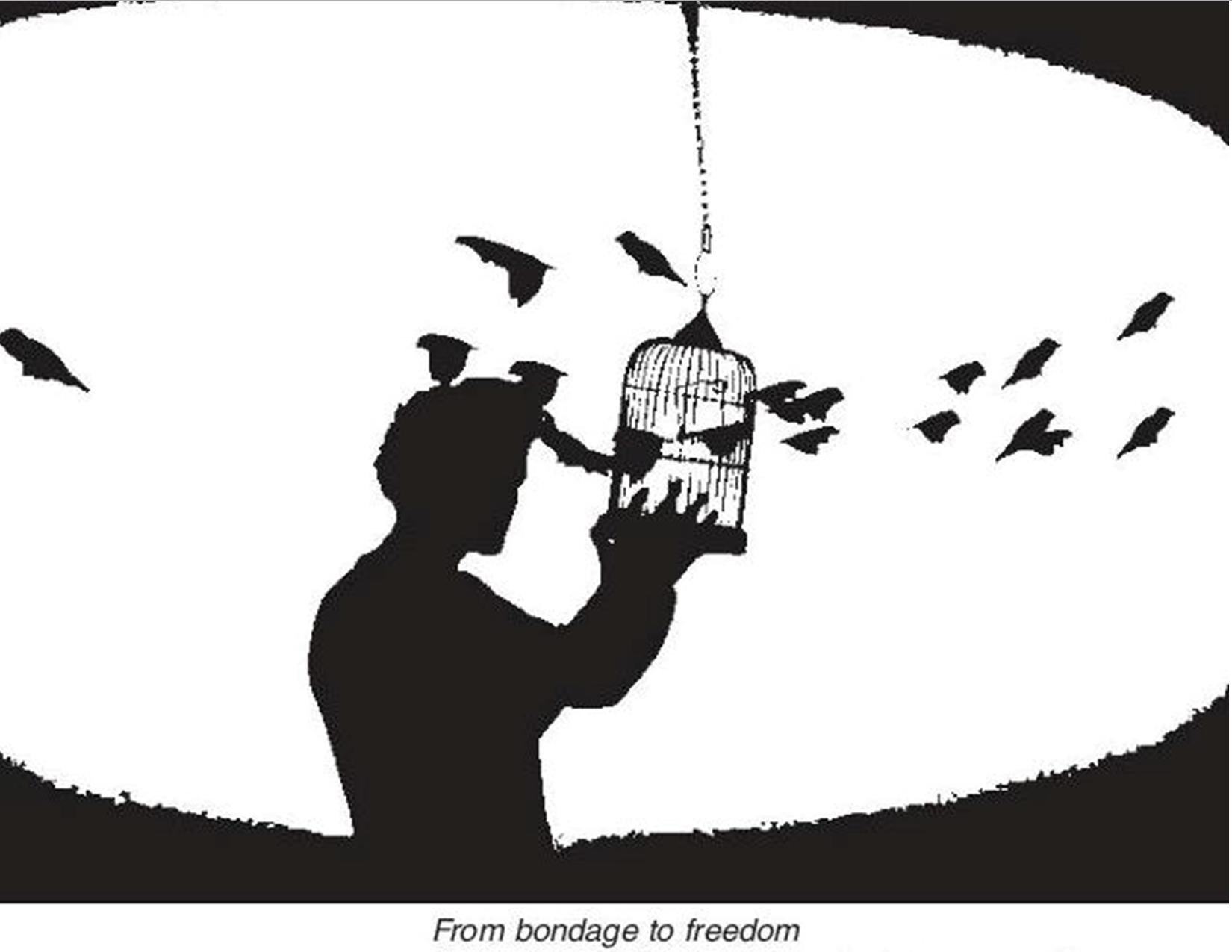 The world is a shared community, and nations are recent constructs. Can education play a role in liberating us from limiting identities? The article seeks to provide an answer to this question.

Being educated properly is not only a basic human need but also a basic human right. It is education that defines our being, a life without education is meaningless in the sense that it denies the individual the capacity to define herself and as such realize her true self. Nationalism on the other hand is the way human civilization has organized in modern times. It is basically a group loyalty based on language, religion, culture, tradition, common history, particular geographical location, civic sense, common endeavor to work and prosper together and so forth. It is education that provides a proper insight into nationalism. A critical understanding of the nation-state is possible only through the channel of education – be it formal or informal.

As we know, education is not merely a tool for gathering information or memorizing facts and figures. It is something that goes beyond, deeper and it is liberating in nature. The basic aim of education is to make people capable of making rational decisions, and differentiating between right and wrong. In other words, it aims to help people decide their own destiny, far from hue and cry of superstitions, religious bigotry and a false sense of superiority over other fellow citizens. The true meaning of education is to make people aware of their existence along with other creatures of the world, and to build a harmonious and sustainable relationship with nature. An educated person gives up her personal benefit in favor of the larger goals of society, nation or to that effect for human kind as a whole.

Alas! In the race of unlimited aspirations and a craving for leaving all people behind, the basic aim of education is lost. Quantification in every field of knowledge, unparalleled competition and the ever growing corporatization have changed the primary aim of education. What is left is mere accumulation of information—a paradigm solely focused upon competition. In other words, literacy has taken precedence over education in our times. It is worth noting that education does not entail only classroom teaching. Knowledge gained through practical experiences is vital to be properly educated. A kind of knowledge that drives people to make value judgments and make sense of why people conduct their life the way they do is the essential characteristic of education. Along with classroom teaching, a critical scope of pedagogy is to make pupils gain practical knowledge through lived experiences, group discussions and social interactions. Even in terms of classroom discussions, students should not be treated as receivers of a fixed body of knowledge but as participants in the very process of knowledge generation. It must be noted that given the time and scope, students generate knowledge themselves. Only then the true essence of education can be achieved. It should also be noted that education is not an event; it is a process to realize our true selves and thereby make sense of the world around us. In other words, replacing the notion of literacy with education is a vital need for all the societies world over. But as the current scenario indicates, far from a need to revitalize the mode of education, many nations are grappling to make their people acquire only literacy to write their names and have an elementary sense of alphabet. The very process of knowledge generation has divided people into two categories – those who have it and those who don’t.

As discussed above, a nation is a kind of social organization never seen in the past. The organizing principle of nations is a kind of group loyalty or a sense of belonging based upon different social, cultural and political principles. In terms of their historicity, they represent a completely modern phenomenon. No nation in our time is more than three hundred years old. As one of the leading theorist of nationalism, Eric Hobsbawm puts it: “The basic characteristic of the modern nation and everything connected with it is its modernity”. According to Ernest Gellner, nationalism is “primarily a principle which holds that the political and national unit should be congruent”. The political unit discussed here is  the state, which is more often than not recognized as the government of a particular country. It is the ruling authority having “monopoly over the means of violence”. Another authority on nationalism, Benedict Anderson characterizes modern nations as “imagined political communities”.  Needless to say, the ideology that defines modern nation-states is called nationalism. How do we acquire the consciousness of being citizens of a particular nation?

The process to acquire a nationalist identity begins with our family. Then come the society and the school. In most of the countries the responsibility of imparting elementary education is carried out by the state. It is in the school that we learn to sing the national anthem, respect the national flag and so on. The curricula devised by the state contribute in making its people love the nation. Every nation boasts about its superiority, great culture and traditions through its school text books. In short the mission is to inculcate nationalism in the pupil’s mind to make him/her a better citizen. Especially in the Indian scenario, students are introduced with great poems written by nationalist poets, stories of sacrifices of our brave soldiers, greatness of our leaders, culture, traditions and so forth. Generally every nation teaches its pupils its great ancestry and a kind of civilizational value found nowhere else. Through all these processes, the time we finish our schooling, we acquire a sense of nation which is unparallel and great. The very mission of nationalism which is to inculcate a sense of love for our country and hatred for the others is systematically ingrained in us.

How can one say that one’s nation is great without knowing other nations? Greatness is overall a comparative term. If you or your nation is great then there must be someone or some other country less great than yours. But even before we get acquainted with culture, tradition, the mode of life of others, we are well prepared by our education system to believe that we are superior to others. There is no objection in teaching our own cultures and traditions to our people but the problem arises when we teach them only the positive aspects of our nation, ignoring the uniqueness of cultural tradition of others. Instead of teaching them the uniqueness of our heritage or failure of our nation in some areas like untouchability and social disparities, we end up giving them space to develop a false consciousness of the greatness of our nation even before knowing the greatness or failure of other nations. Through our schoolings, especially through our social science syllabi we are made to love unknown fellow citizens and hate unknown citizens of other nations.

How many states teach their students that nations are recent human constructs, and there were no nations in the past but only different communities and sometime big empires? How many states teach their pupils that we are a nation among the community of other nations whose cultures and traditions are as unique as ours? Of course we get things right through our higher studies but how many of us reach at the level of higher education? Take, for example, the Indian scenario. How do our students acquire the consciousness of hating Pakistan? How is a Hindu made to dislike Muslims or vice versa? While boasting the vastness of the country from Kashmir to Kanyakumari and from Gujarat to Arunachal Pradesh, how many times has the state- driven education system talked about the plights of people who live in the outer rims of the country, their agony, segregation and their sense of otherness compared to mainland citizens? While the syllabi of Indian history is replete with the greatness of our heritage, how many times are we made to hear the plight of untouchability instituted and carried out at that very juncture of our history? How many times are our students made to know that caste is a evil, it was instituted by vested interests who ruled on this basis for thousands of years, that caste exists only in India and it is purely a human creation? How many times are our girls taught to defy unparalleled patriarchy that persists in our society? Is it taught to our students that most of these evil practices originated during that same “golden” period of Indian history? It is high time we developed a pedagogy that teaches uniqueness rather than superiority of our national culture, traditions and heritage. Along with several good things of the past we need to teach our pupils several defects that this country has witnessed time and again. Our constitutional values of secularism, federalism, linguistic diversity, religious tolerance, social justice, unity in diversity and an ideal of pluralism should constitute the basic tenets of our education system.

Nationalism is the most prevalent and powerful “ism” (ideology) of our times. It is the sense of belonging that transcends the boundaries of caste, creed, religion, region, sex, ethnicity and so forth. It is the ideology of nationalism that defines our social loyalty, our existence, and if we go further, it defines our very existence. If not solely, education is a powerful medium through which we acquire our national identity. This power of nationalism could be utilized for noble causes. Of course, education is the liberating medium for human beings. It is high time education began to liberate itself from the selfish nationalist cause. Only then it could truly liberate and enlightened the human race for the betterment of human civilization and build a harmonious relationship between all the species on this planet.

This article is published in The New Leam, OCTOBER Issue( Vol.2  No.16) and available in print version. To buy contact us or write at  thenewleam@gmail.com