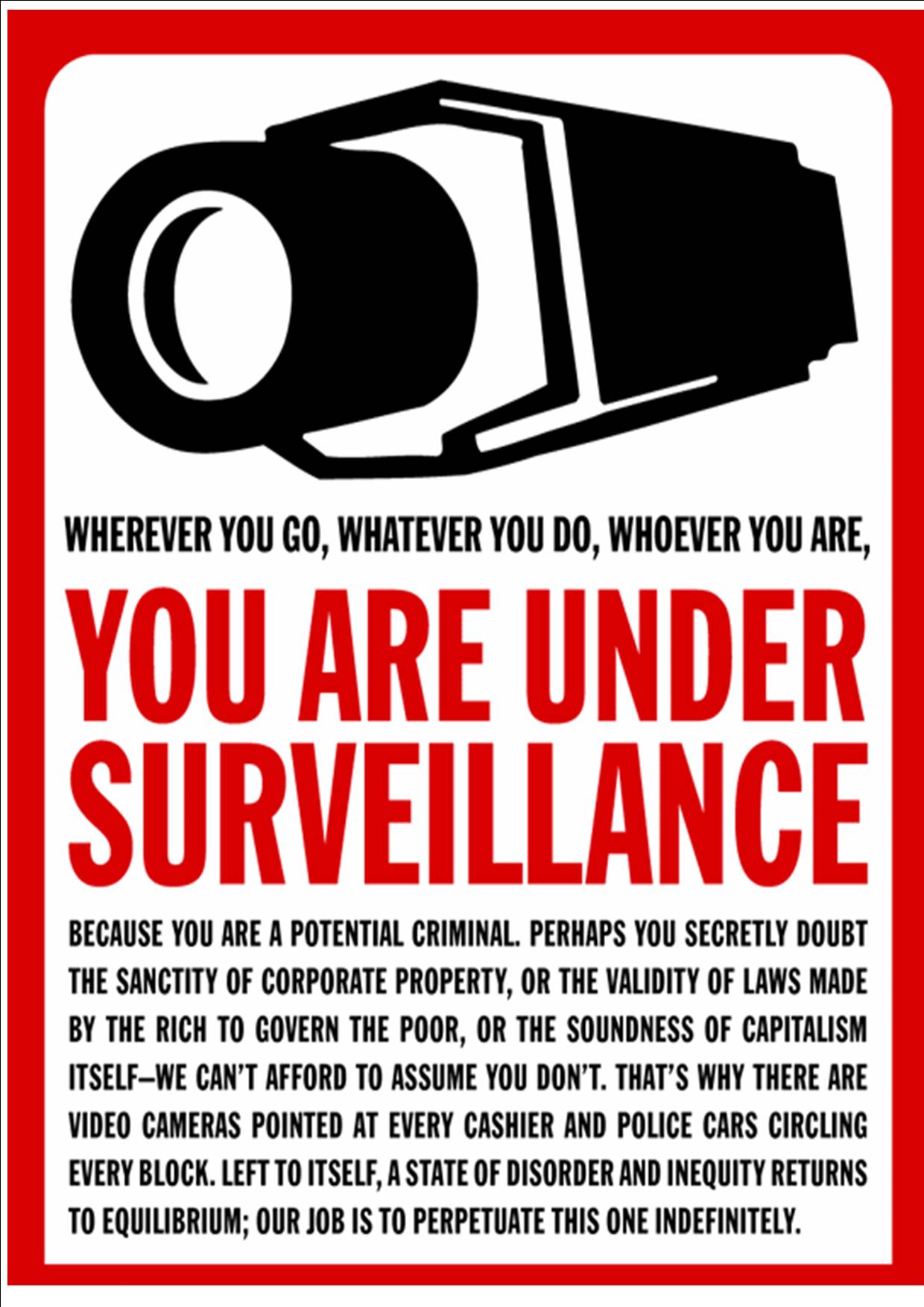 The School as a Site of Inquiry: Locating Foucault within the Classroom

Theory emerges from lived experience; it is futile to divorce theory and practice. Foucault’s theoretical insights remind us of the need to be aware of oppressive power structures and to reassert our agency. Here is an insightful and critical piece on understanding power dynamics within our classrooms and how they can be dealt with by building compassionate environments.

Mohammad Zafar is working with the science team of AzimPremji Foundation, Uttarkashi.

Michel Foucault can be best remembered as the man who changed the way we perceive and make sense of power relations in society. This French philosopher firmly believed in critical analysis and this made him critical even of his own decisions throughout life. His works such as   The Archeology of knowledge, The History of sexuality, The order of Things, Discipline & Punish: the birth of the prison, Madness and Civilization: a history of insanity in the age of reason are very well known. The basic arguments of Foucault provoke thinkers and students of philosophy, political science, sociology & other fields to think and analyze not only the power relations between nation-states and individuals but to also explore the inherent power structures in our daily lives. It gives one the

chance to look critically at institutions such as the family, the school, the hospital among many others .One of the major propositions of Foucault was that power should not be seen as an oppressive tool which only the  ruling class, the state/ governments and other powerful stakeholders may use to control or rule the masses. Rather it should be seen as part of each and every relationship, such as between children and parents, doctor & patient, employer & employee, prisoner & jailor, teachers and students as all these relationships are based on the question of power. Foucault was more interested in analyzing and understanding the power relations and strategies of using power and escaping from it at local level institutions rather than on only focusing upon it as a negative tool of oppression used by the states, the armies, and other sources of authority. He didn’t deny the usage of power for oppression but as a critical and reflexive social scientist he was not interested in being obsessed with this aspect alone.
It would be interesting if we analyze several modern institutions and try to understand them in the context of what Foucault has termed as a device called the ‘Panopticon’ (a specially structured building by J. Bentham based upon which most prisons were designed and which enabled the jailors to continuously scrutinize the activities of the prisoners without their awareness). The Panoptican consists of a tower in the central space of the structure and all the cells where the prisoners lived were arranged like a ring surrounding the tower. Through that structure an observer could easily keep a watch over the prisoners and controls them by certain rules & disciplines. Foucault compared this structure with other institutions which try to observe & control the behaviors of people and used the word Panopticism for all such efforts.

Foucault in the classroom

If we want to analyze Foucault’s ideas in the context of modern institutions, schools become a significant starting point. While observing schools we must begin the inquiry with questions like what are the rules for admissions, what is the nature of the discipline followed in the morning assemblies, in classroom arrangements, how do the lecture halls or rooms look? Is there a similarity with prisons where the jailor watches each and every prisoner? 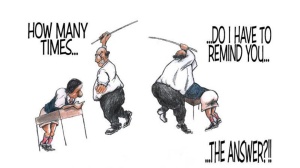 I have observed that a professor or teacher feels comfortable in a classroom when all the students are visible to her/him. Similarly the discipline in the classroom often becomes hard for the students to follow. Students also get punishments (if not corporal then in other forms) just as prisoners. We can say that there is a difference in the nature of  punishments within the prison and the school but would you not agree that ultimately what punishments do  is to humiliate the individual, suppressing her/his rights, whether it’s in the classroom or in the prison.

In the classroom when the teacher shouts and punishes the students then the hegemony of power prevails, by this simple gesture the teacher shows how he is on the higher rank of within the power structure. Even if s/he treats students in a calm manner and gives them tasks comfortably then also power remains intact. The truth is that in the classroom whether it’s a discussion, an argument among students or teachers, power always remains there inevitably. Sometimes a few students show rebellious behavior against teachers and try to resist the power (as Foucault too observed that where there is power there is a resistance too) & others just follow and do obey whatever the teacher wants. This submissive behavior before the power holder and the resistance against the power holder both are continuous processes of the classroom. What the society thinks about a mad person is often similar to what teachers and fellow students express about a learner who is not scoring high in class and not showing interest in studies. S/he frequently goes through similar alienation, exclusion and humiliation.

Ultimately in our schools also, students normalize the things which are accepted norms of the society and on which perhaps the majority believes. One example of normalization can be seen in classrooms when the teacher makes a rule about not talking during lessons, and then some students who have normalized the discipline will inform the teacher and complain about a fellow student who has broken or in disagreement with the rule.

We often hear such voices from students “Madam/sir s/he is talking in the class”. Blindly following the books and syllabus is also perhaps seen as a sign of that normalcy and accepting the hierarchy of authority (whether it’s the textbook or the teacher). As Foucault wrote in Discipline and Punish the human society came a long way from punishing a culprit in front of the masses with barbaric brutality to punishing silently with less humiliation but what remain unchanged are power and its expression by the state or other forms of authority.

I do not wish to say that schools must be seen in a negative light only or that the discipline of schools is always cruel but the point here is to think about and analyze the power structures present in schools and to ask whether we often lose our agency due to these structures. Are we blindly following and reinforcing these practices in schools or trying to counter them. We should think who is on the top of the hierarchy is it the teacher or the student? Or there is a cooperative relationship among them. Analysis and reelection will definitely give us a chance to see what strategies can work more effectively in schools to impart an education that is egalitarian and creates good citizens,

It would also be interesting if we try to analyze the power relations among students and teachers looking at their behaviors when they are with people similar to themselves. It is important because, as James Scott suggested in the case of master and slave relation, in front of each other they show their fabricated behaviors such as the slave smiles and obeys the master and the master shows care towards the slave but when they meet with their colleagues or parallels, the slave mimics, laughs at the master, abuses her/him, etc. and similarly the master will talk about slave’s inactiveness & how to take more effective work from her/him. A similar quality can be observed in case of the teacher-student relationship. On many occasions while they are away from the teachers, students make fun of them, give nick names to them and laugh on their styles. But on the other hand teachers can speak in front of the students and talk about their inactiveness, can shout on them and make fun of them.

This should be reduced by making the teacher-student relation more comfortable and friendly. And as power holders in schools, teachers should start initiating a friendly and comfortable atmosphere in the classroom. This will definitely give students a chance to trust teachers and an empathic relation will work towards collective learning. Finally we can say that analyzing our school system’s power structure will also give us a picture of how power structures within social institutions affect individuals and how they can change and mold it positively.

This article is published in The New Leam, JANUARY 2017 Issue( Vol .3  No.19) and available in print version. To buy contact us or write at  thenewleam@gmail.com

The New Leam has no external source of funding. For retaining its uniqueness, its high quality, its distinctive philosophy we wish to reduce the degree of dependence on corporate funding.  We believe that if individuals like you come forward and SUPPORT THIS ENDEAVOR  can  make the magazine self-reliant in a very innovative way