The majestic beauty of Uttrakhand inspires each moment yet because of ruthless developmental logic its landscape is undergoing change. Here is a revealing picture of the times asking us to pause and contemplate.

Shruti Jain is a research Scholar at JNU and working on environmental movements. 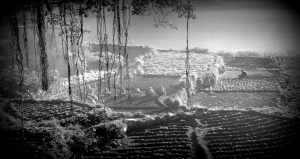 Covering distances by walking, particularly in the mountains, cannot always be specified in terms of a fixed pace and time. It is futile to bank on measurements, of covering so much distance in so much time with so much speed. What really works is to take one step at a time and to continue consistently; focussing on the path itself, savouring the beauty of the journey itself, in order to cover the difficult slopes and the arduous paths. The water absorbed by the roots of the trees on these slopes, slowly trickles in form of the springs that not only quench the thirst, but also take away all the tiredness of the journey.

Increasingly however, people are going to mountains not to walk on these paths by the rivers and the villages, but as ‘tourists’ who have nothing to do with the people and culture of the mountains. They search for Café Coffee Day in Nainital, instead of ordering a Kumauni thali in any local eatery. The char-dhaam yatra that was earlier undertaken on foot through such paths, while depending on the locals for food and accommodation, is increasingly undertaken in cars and helicopters, cutting away any interaction and associated livelihood options that it provided for the locals. The tourism (including the religious tourism) that is practiced in the mountains at present, demands for four lane roads and helipads in the high mountains. In contrast, the locals tread most carefully along the fragile valleys, where they were told by their ancestors to not even cough loudly. 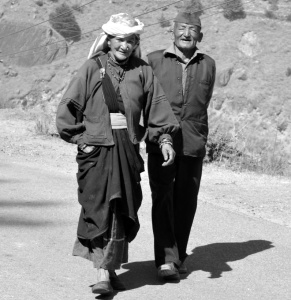 This tourism industry does not bother to know that the heavy blasting for construction of roads and other ‘developmental’ projects (like the numerous hydropower projects) have weakened the mountains and has lead to disasters like that of the year 2013. It does not care for the crumbling mountains and the disappearing rivers. It does not care that in most Uttarakhand villages, only the elderly and women are left behind, as men are away in search of livelihoods in towns and cities, mostly working in dhabas and hotels, even as ‘development’ comes to their areas. Thousands of villages have now turned into ‘ghost villages’.

The women in Uttarakhand don’t merely  take care of agricultural fields but also of cattle and  household chores. They are seen taking bundles of grass and wood, a cylinder and kilos of ration on their backs to their homes in distant villages. Increasingly deforestation for different purposes has increased the distance that they have to cover for the purpose of collection of fuel wood and fodder. The attacks  on the  villagers by wild animals and their cattle is becoming common due to the thinning forest cover.

These difficult mountains lives have led to the formation of strong bond among the people, an unusual sense of care for the domestic animals, and a certain reverence for the nature. Women collectively sow paddy in the terrace fields, covering one field after another, singing the rupai songs. 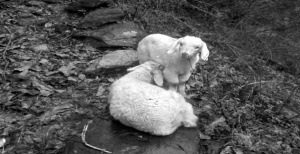 Girls get initiated into household work at an early age, but their education is not neglected. Walking on the interior paths, one gets to meet the smiling girls in school uniform. At times, they cover a great distance on foot to go to school. Access to good educational facilities is a key reason behind fractured families, as one family member has to stay with the children in a town, renting an urban space in order to avail the educational opportunities.

Nature for Uttarakhand villagers is not a nuisance to be tolerated, a respite from the life otherwise led, a pruned spectacle or an escape from the social or a wilderness to be preserved bereft of humans. Instead a sense of coexistence and dependence on nature for livelihood, religious and social needs, define the environmental concerns of the local people.

Increasingly however, the kind of tourism and development that are being promoted in the mountains, are pitting the nature against the locals. ‘Climate change’ has become more and more real and immediate, as increased temperature means that the mountain villagers are forced to bring fans in their homes, the orange trees are giving way to mango trees and even the flowers are confused about when they should  bloom. The combined impacts of such changes and the consequent difficulties faced in daily life means that the Uttarakhandi people are fast losing their sense of dignity and a sense of pride in belonging to the mountains. Moving out has become the means to escape from the never ending difficulties. The folk music is disappearing, people feel ashamed of speaking their language, situation of food scarcity is slowly creeping up in the villages and the smiles of mountain people are becoming fractured.

If one cares to walk through these villages, there is immense warmth with which the locals greet, mostly for them the ‘outsiders’ remain travellers, yatris, and are not merely consumptive tourists. The villagers offer the best that they have to the guests. It seems imperative then, to respect this large heartedness and warmth of Uttarakhand villagers. Rather than measures like putting their culture on display and push for environmental conservation excluding the concerns of locals, what can enable the Uttarakhandis to stay in their native settings, is to generate sources of livelihoods and to cultivate  respect for their ways of life. It is important also that development measures that suit their environment and conditions must be implemented rather than the ruthless model presently in use.