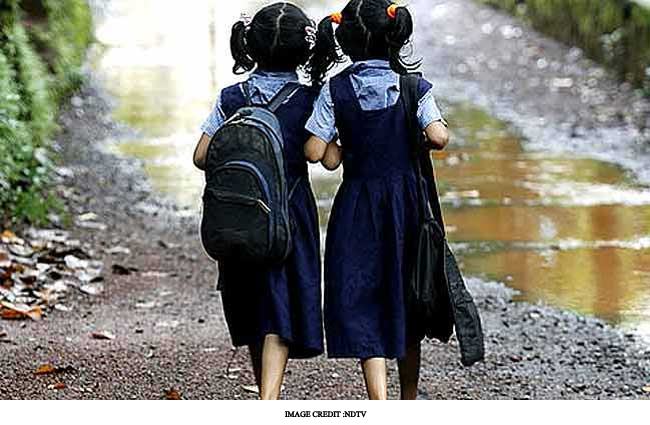 Perversiveness, Paedophillia And The Great Indian Paradox:    Revisting The Recent Muzaffarnagar School Drama In The Context Of Sexuality, Dignity And Public Spaces

Ananya Pathak is the feature editor, The New Leam

On Friday, the 31st of March a case of high perversion and attack on modesty was reported from Muzaffarnagar’s Khatauli region where in a government high school 70 girls aged between 11-14 years were asked to strip naked before the Principal to check for signs of menstruation after blood stains were discovered in the washrooms five days earlier.

The parents of the girls studying in the Kasturba Gandhi Residential Girls School complained to the higher authority about this grave matter and after the scrutiny of a specialized committee the principal Surekha Tomar has been sacked. A student of the school recollected the day’s events when she said “She told us that if we believed we were shameless, we should know that she was more shameless than us. She asked two of us to strip all students and we, too, were stripped naked. She wanted to check if any of us were menstruating,” She apparently also threated the students that if they did not obey her she would beat them up too. Students who showed initial signs of resistance were brutally handled and then compelled to comply.

Look at the brutality and violence inherent in an orientation of this kind, is it not disturbing to witness sites of knowledge quickly transforming into sites of sexual oppression and the denial of the right to dignity to vulnerable women?  Why are schools and educational institutions falling victim to this perversion and paedophilia?

It is not hard to understand that we live in a society where women’s sexuality and their need for dignity and privacy are often looked over. This is the reason why many young girls across India avoid going to school for there are no separate washrooms for them, no access to sanitary hygiene or no facilities to deal with issues of reproductive health. Research conducted in 2010 by the AC Nielsen and Plan India reveals that out of the 355 million women in the reproductive age in India, only 12 % use absorbent pads or another sanitary method to stem the blood flow during their periods. The rest tend to rely on old fabric, husks, dried leaves and grass, ash, sand or newspapers.

Look at this alarming data and revisit the nearby local schools and you would witness everything in front of your own eyes. Women in India still have to undertake an enormous journey against all odds to get education or employment especially in a socio-political and cultural context that ‘taboos’ her problems and denies her a right to a dignified existence.

On the one hand we have feminists the world over asserting women’s rights  to their own bodies and life choices, the right to their space beyond patriarchal organizations and moreover the right to be seen as an agency rather than a passive recipient of the societal moral code. Yet on the other we find that girls at a vulnerable age located in a place that is meant to impart them the education to lead a better public life in the future are denied even the most basic access to their rights as human beings. What kind of educational paradox are we witnessing and allowing to prosper within the socio-cultural milieu? It is here perhaps that the ideas of the great thinker Michel Foucault enable us to throw light into this pervert and highly objectionable context around us.  In his work ‘The History of Sexuality’  he takes us back to the earlier centuries where discussions on sexuality or the body where matters of concealment and any open discussion was seen as an aberration from the norm or as a reflection of the speaker’s perverseness  or lack of dignity. As a result sexuality was only treated as a subject that could be discussed within members of confined groups in a very secretive manner and thus never became a topic for free floating debate. Foucault goes on to remind us that it is no different in the 20th century. Sigmund Freud may be seen as contributing to a more democratic discussion on sexuality but ironically it is still quite confined to the fields of medicine or social science academic circuits. It is then evident that mere theorization does not help us to overcome an oppressive system.  In our protests and agitations against suppressive ideas and institutions this discourse on sexuality has often become a matter of revolt against the establishment rather than a point of collective reflection against the root of the collective disease.

Thus Foucault goes on to suggest that the repressive hypothesis is most often seen as merely a mechanism to give a radical importance to a discussion on sexuality and makes its participants appear defiant and thus endows them with a sense of personal liberation that they can talk openly about the matter. Thus this discourse on sexuality far from healing the collective disease remains confined to words or preaching. It is here that Foucault asks a very important question that we must also ask ourselves when faced with challenges such as these.

Is the contemporary discourse on sexuality substantially different form the older history of repression or is it only its continuation at a deeper level?