Heidegger’s Critique of Humanism and Some Lessons for Social Sciences

Martin Heidegger was one of the most influential thinkers of the 20th century. He is well known for his contributions to existentialism and phenomenology. Heidegger engaged in critical analysis of the concept of Humanism and threw brilliant insights on how we could transcend it. The article that follows explores Heidegger’s ideas and what implications these can hold for the Social Sciences in contemporary times.

Saumya Malviya is teaching  at Department of Sociology, Jesus and Mary College, University of Delhi.

Transcendental ego we know is the conscious residuum of the phenomenological reduction where in is laid to rest the question of reality or nonreality of the world in approbation of interpreting experience in terms of its necessary categories and essences. An obvious question presents itself that whether such transcendental reduction is possible after all? Isn’t the allurement of the Cartesian cogito keeps lurking behind such claims, ultimately falling to which reduces Husserl’s endeavour to a hair-splitting hustle? Heidegger brandishes a swing out here. We have already seen that Dasein, in the ground of its essence is transcending by holding itself out into the nothing. So rather than being weary of stumbling upon some transcendental ego in their phenomenological reflections students of sociology can inquire into the nature of ‘being’ held out into the nothing. And what is ‘nothing’ if not nihilism, both generated by and responsible for the contemporary predicament of meaninglessness that we find ourselves in? Thus what is this original revelation of ‘nothing’ that Heidegger is talking about, if not the anxiety that we encounter in the face of nihilism? Hence can we not take it to be the same as the phenomenon of nihilism as highlighted by Nietzsche and analysed further by Heidegger? If yes, then it also gives rise to the question that, how far and to what an extent we as nonEuropeans are implicated in and are party to the history and destiny of European nihilism? And then, what is the true nature of Indian nihilism or Indian Nothingness? Is it similar or different to the European nihilism? Etc, etc. I suggest that the constitution of the project of philosophical anthropology lies in unpacking the notion of the nothing and only through such a project social sciences such as sociology/anthropology can vouchsafe a secure provenance for themselves today if they are not to fall prey to the lure of humanist tendencies. To specify here philosophical anthropology means nothing more or less than clarifying the promises and practices of particular civilisations as they talk to and about each other. Thus reorienting sociology as philosophical anthropology that enquires into the nature and structure of nihilism(s) can we broach and understand the nature of our contemporary locations (s).

Philosophical Anthropology Heidegger like many of his contemporaries wrote as a self-conscious European. When he discusses being, it is palpably the contemporary European being that he is referring to. And such a being, it is crucial to note, is rooted in a rich tradition of philosophising on being that is singularly distinctive of Europe. Heidegger is concerned with the primordial presencing of the nature of European being, phenomenologically appropriating which and in the light of which his project of hermeneutically clarifying Europe can become meaningful. As mentioned earlier Heidegger’s thinking on being is occasioned by Nietzsche’s delineation of
the catastrophic eternal nothingness that scourges Europe. In so far as issues central to metaphysical thinking lead us to the sources of such nothingness Heidegger aims at the destruction of metaphysics but at the same time seeks to recover the ground of revelation of the nature of being that induced the fundamental question of metaphysics in the Greek vision of philosophy. Heidegger in doing so draws his inspiration from Husserl’s phenomenology that above all is concerned with unravelling the grounds in thinking from which sciences have sprung forth and to address the crisis that they find themselves in. Heidegger for whom the crises is not limited to the sciences but plagues the life world itself shows us that only through the realisation of the gravity and spread of such a crises and the commitment to address it that issues of metaphysics and thinking become transcendental issues and only thus the phenomenological reduction, that is laying aside the issues of the reality or nonreality of the world, is possible. In Heidegger’s notion of the Da-Sein we see that man is necessarily conceived as a self-consciously historical being. Also we see that philosophy for Heidegger means the history of European philosophy. So what is posited as well as what crystallises in his discussion of ‘Being’ is Europe itself in so far as he is not only talking about the European being but also the European nothing that is brought short by nihilism that Nietzsche exemplarily delineates. Thus the category of transcendence in Husserl of which social sciences are otherwise sceptical of is made intelligible only by considering Heidegger’s thought as a philosophical anthropology that inquires into the issues of nothingness and nihilism that plague the European civilisation.
We see that how fundamental the issues of nothing and nihilism are for Heidegger, as only with an engagement with these he finally comes to address the elusive notion of ‘Being’ itself. As a student of Indian sociology one obviously feels inclined to the raise the question of Indian nihilism here. In so far as we partake of European history and destiny Indian nihilism is both same and different from European nihilism on which as we have seen Heidegger builds his philosophy of being. This is so because of the Europeanisation of the globe the world is now cast in the image of Europe. As Dr. Rabindra ray aptly puts it ‘The phenomenon of the Europeanisation of the globe is itself nothing more, nor less than, the globalisation of the predicament and issues of the Nothing and nothingness of contemporary European nihilism’ (Ray, 2010:220). Cast in the framework of humanism the rhetoric of rights and reclamations is unmindful of the europeanness that we ourselves are party to. Considering Heidegger’s thought as a philosophical anthropology suggests that antihumanist positivism as well as humanisms of all varieties and intermediate positions between two poles of humanist sciences and outright antiscientism are themselves occasioned by a distinctively European nihilism. It is thus only through a project of philosophical anthropology can the contours of our own most Indian nihilism and the nothingness that it betokens be defined and understood. As students of social anthropology we have seen the impact of humanist tendencies on the discipline where in anthropologists have gone out finding wise men amongst the savages to obtain corroborative testimonies to the universal humanist positions or anthropological stories congenial to their own thoughts. It’s precisely here that philosophical anthropology provides its most crucial methodological insight that the original awareness of difference must be the fundamental principle through which the issues of ‘existence’ and ‘to be’ must be addressed. But why a philosophical anthropology? Going back to Descartes can be instructive in this regard. With the formula ‘I think therefore I am’, Descartes made being coterminous with thinking. In the subsequent development of European philosophy, as we know, Descartes came to be regarded as the founder of modern rationalism. What his above formula does is that it identifies ‘thinking’ with a particular ‘mode’ of thinking which we know of as reason. This abrogates all other meanings which thinking in Descartes and otherwise may have. Heidegger interprets Descartes formula as cogito (ergo) sum where the primordial relationship between being and thought, thought which is free of all determinations of being so and so, is reinstated as thinking, first and foremost as the awareness of being. Heidegger remarks that this slogan needs to be ‘turned around’ as Sum ergo cogito in the sense that Sum- my being in the world-is prior to cogito- my ability to have thoughts about things with in the world. To put it simply Descartes formula can be reformulated as ‘I am’ is the premise of ‘I think’. This is where, in the freedom of thinking from all imperatives of reason, a philosophical anthropology acquires meaning and takes shape. Thus we have seen how Heidegger’s critique of humanism can lead us to open the category of ‘nothing’ in novel and creative ways and can supply as with a method through which social sciences can respond to the contemporary issues by taking newer and unexplored directions.

Digital Expression and our Obsession with Emojis 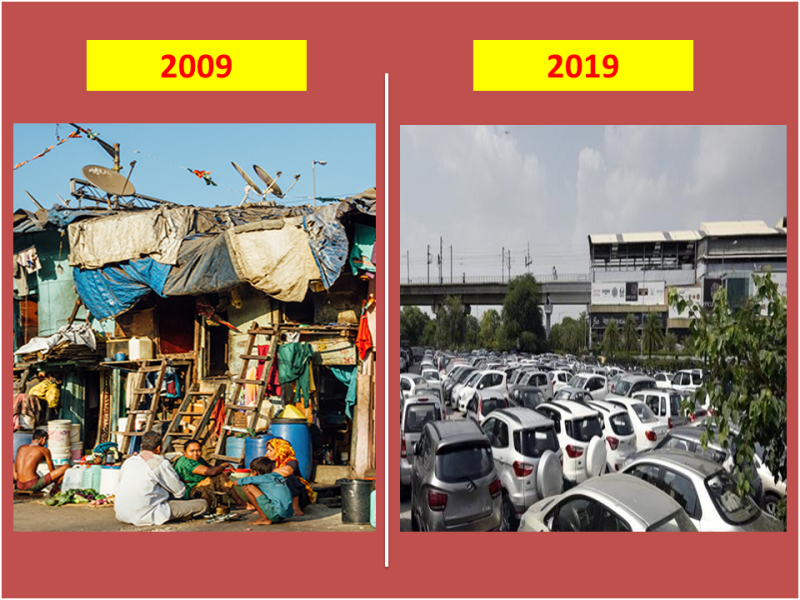 PHOTO| #10yearchallenge:Looking Beyond Narcissist Selfies at the Transforming World Around Us