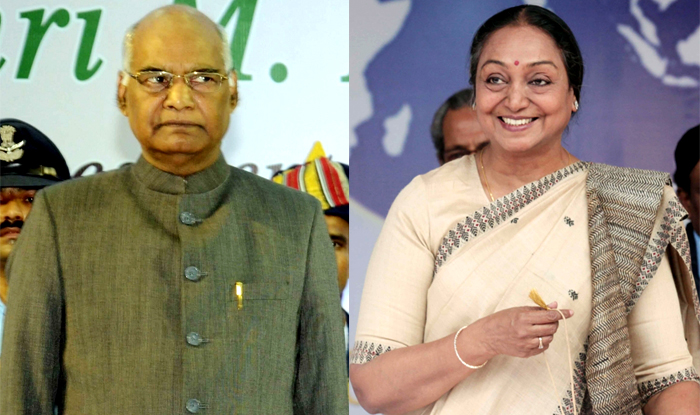 Ram Nath Kovind or Meira Kumar? Can a ‘Dalit’ President make a difference? Or is it yet another piece of strategic politics that trivializes the issue of social inequality?  Is there any hope if politics is reduced into a chess game?

We live in a ruthlessly stratified/hierarchical society. Social scientists have written about it—the continual practice of caste, social exclusion and violence; and the new form of hierarchy that the emergent neo liberal global capitalism is creating. And our everyday experiences indicate how this hierarchy is deeply ingrained in our consciousness. The way we talk to the poor and the marginalized, exhibit aggression in our interaction with the weak and the subordinate, and retain the ugly feudal practices by demonstrating the brute power of wealth and position through the VVIP sub- culture indicates that what the likes of Gandhi and Ambedkar imagined remain a distant dream.

Yes, the political class loves to talk about equality; and quite often, this rhetoric becomes part of a strategic chess game. You keep exploiting the symbols; but you forget the real substance. Hence, as the political establishment says it, everything is for the poor, the Dalits and the marginalized, even though nothing improves in their concrete life-conditions. Even if you are communal, you ought to have a ‘Muslim’ face as a spokesperson of your party; you ought to speak of ‘Dalit Empowerment’ like a mantra, and choose some Dalit faces for displaying your politics. Identities are used, packaged and sold. In a way, this leads to ‘competitive radicalism’.  Once you nominate a Dalit man as the Presidential candidate, how can I lag behind? Hence, I choose a Dalit female candidate, and send a message to you: I am cleverer than you are; I have taken care of both ‘caste’ and ‘gender’. Indeed, we are all brilliant chess players! Democracy loses its substance. We make a mockery of it.

In this strategic game of evoking symbols, the real issue is trivialized. It causes three damages to a truly emancipatory politics.
First, ritualization becomes more important than the rigor of transformative practice.  I may be a Dalit; however, it does not necessarily assure that I am honest, sincere and interested in collective emancipation. I can sell my ‘identity’, become part of the establishment, and remain contented with my personal privileges. I may be a ‘Muslim’; but I too can play the same Machiavellian politics for gaining advantage from both the sources—my ‘identity’ and   my close affinity with the establishment. Being a Dalit or a Muslim is as irrelevant a guarantee of one being honest and compassionate as is one’s identity derived from another caste or religion. Don’t forget that a Dalit Chief Minister may prove to be equally ‘ Brahminical’ in terms of narcissism (inaugurating one’s own statues) and intoxication with power. Essentially, the entire approach goes against those on whose behalf the Machiavellians play their politics. This is a classic illustration of ‘false consciousness.’
Second, it promotes a culture of paternalism or psychic bribery. You are a Dalit. You are a Muslim. You are a woman. Or you are poor. Don’t worry. We will favor you.  And then we can silence you.  You are happy. We are happy. You will speak our language, get your dues, and your presence amongst us will give some legitimacy to us. We will project ourselves as ‘pro-Dalit’, ‘pro-poor’ and ‘secular’.

Finally, it creates an illusion that radical social transformation is possible by just ornamental changes.  Well, a Dalit President may generate some hope in the minds of an ordinary Dalit that someday she/he too can make it; it can give some confidence to her/his wounded self. Yes, we do admit that symbolic gestures play a role; but it is very limited. The real task is qualitative social transformation—altering the economic conditions of the poor and the marginalized, generating educational opportunities for all, and creating an environment conducive to some sort of Cultural Revolution that uproots the seeds of hierarchy from our consciousness.  Else, we may risk having a Dalit President who will continue to do what others have been doing —visiting abroad, welcoming the international delegates, delivering routine speeches, and sermonizing the virtues of Buddha and Gandhi,  Bhagat Singh and Ambedkar on auspicious days.  Empty words, theatrical gestures, but no inner light—the light of Jesus and Buddha, the light of Gandhi and Ambedkar.

We are passing through bad times. Here is a decadent society with corrupt politics, manipulated media and public sphere,  instrumental use of ‘identities’ and utter indifference to the misery of the poor and the destitute. The bridge has collapsed. Nothing connects these ‘Dalit/Muslim’ leaders (quite often, hijacked by the establishment) and their humiliated/oppressed/stigmatized communities. As I write this piece, I happen to meet a scavenger. He is old. With frail body, he continues to work, and cleans the ‘dirt’ that many of us, because of the ‘purity-pollution dichotomy’, would not touch. His employer—a contractor, possibly chosen by a corrupt bureaucrat— exploits him. He is ill; he does not have the money to consult a doctor; there is no medical insurance. His son is unemployed. His wife died of kidney ailment. ‘I am old. There is no energy in the body. Yet, I have to carry on. Otherwise, I can’t survive’, he told me. His story, I assume, is the story of thousands of Dalits across the country. I cannot console him. I am not a politician. Nor am I a television anchor. I will prove to be utterly dishonest if I assure him: ‘Wait. Cheers! A Dalit President is coming, and he/she will emancipate you.’