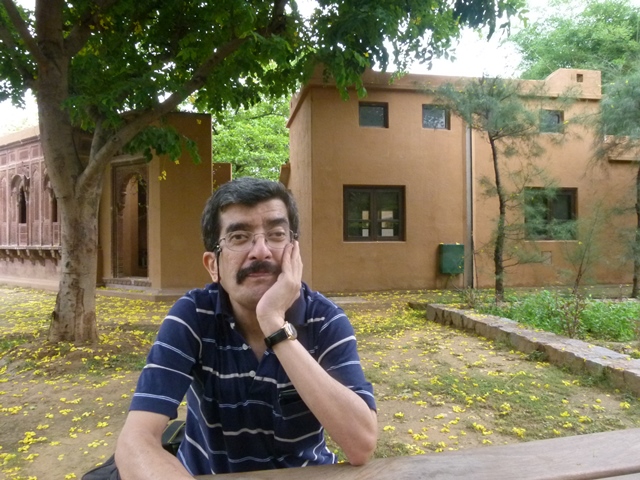 Ranjit Lal is one of the most well-known and widely read nature writers of India , in an exclusive interview with The New Leam he shares with us memories of his childhood, his take on the contemporary agenda of development and why he prioritizes the need for young learners to nourish creativity and follow their passion even in a time where techno-gadgets have predominated our lives. Excerpts from the interview.

You are one of India’s foremost nature writers and are known for your keen sensitivity to the world of natural abundance, its diversity and its various inhabitants from animals and birds to trees and insects- please share with us a brief biographical sketch so that we know how your interest took roots?

I was born in Calcutta but spent my childhood – between the ages of 5 and 10 – running wild in huge rambling gardens in Madras. Nearly all free time – and there was plenty of that – was spent outdoors – climbing trees, fishing (unsuccessfully in a well and pond in the grounds), wading through flooded gardens during the monsoons, eating tamarinds and so on.
Then we went to Bombay, where I did most of my schooling and college. Here the saving grace was the beach – Marve – where we used to go for weekends. The beaches were pretty deserted most of the time and wonderful to walk and explore the tidal pools. Also plenty of seascape to let your imagination go! There was also Borivili (now the Sanjay Gandhi National Park), which we used to bunk college (at the other end of town) to go to. You could pretty much ramble where you liked – walk around the brooding lakes – and it was especially beautiful during the monsoons. Most of this time I had no clue about the workings of nature – etc – it was just the enjoyment of being outdoors that was the attraction. Also, a lot of great heroes were explorers and hunters (like Corbett) and naturalists and men who spent their lives trampling outdoors, which seemed such a wonderful way to spend one’s time!

You have also been writing for children apart from writing about nature over the years, please share how you look at both these dimensions of your skill and how both demand differently from you?

The skills don’t really demand ‘differently’. I like nature and I like writing for children. So naturally I will write about nature for kids! I’m also interested in cars, photography, cooking and birds etc, all of which are included in my writing.

You have spoken and written about how in the world of globalization, children are too involved with gadgets (TVs, laptops, internet etc.) and thus have little scope to develop their intrinsic creative thinking, how do you look at this crisis in our times? What for you are the challenges that our education system in particular and the society in general face in this context?

TV, the Internet and laptops – and any gadget with a screen really – are imagination killers for kids. And without imagination, you can’t get anywhere in life whether you want to become an accountant or a zoologist. (Just think: we’d be living in a Harry Potterless world if J K Rowling hadn’t had an imagination!) Our present system of education in India seems to be the final nail in the coffin – the emphasis being on cramming and regurgitating huge quantities of facts. (Those in charge of syllabi etc would do well to read Charles Dickens’ ‘Hard Times’) I can only thank my stars I finished my ‘education’ when I did – and doubt I could pass a Class 6 exam at present! Reading – and writing – skills have to be given a lot more time and space: and by reading I mean books, not stuff from the net. Writing skills must be given time during class hours: there’s no point giving kids writing assignments to take home: they just go to the net and copy paste!

Your intricate observations and sensitivity to the world of nature are awe inspiring and point to the deeply spiritual bond between man-nature that goes beyond the utilitarian notion of conquering nature or seeing it merely as an obstacle to be tamed- in this context please share with us how you look at the contemporary notion of ‘development’( mega dams and displacement, afforestation and landslides, soil erosion and floods, genetically modified foods and diseases, global warming etc.) and what are the possible alternatives for the future?

‘Development’ is fine, but not greed. No one would like to live in a cave anymore or go out hunting with a spear if there’s a better alternative. But given the population of the world – and especially of India, that alternative doesn’t mean you must have sixteen cars, six private jets and a lifestyle that costs the GDP of a country! Mega projects are often considered the solution to mega problems (eg irrigation) but when they backfire they do so majorly. Everyone knows that ideally they should be put in place only after careful consideration and ensuring those affected are given due recompense (this, before any work starts). Alas, we do not either take these things into consideration or deliberately ignore them. Now to encroach upon whatever miniscule pockets of forest that are left, is inexcusable. Also it’s difficult to recreate, say a dense tropical rainforest by ‘afforestation’. It’s all very well to say that for every tree we cut, we’ll plant 10, but where and what trees and who’s going to ensure that they grow to maturity and turn into ten times the tropical rainforest that’s just been destroyed?
I have nothing against GM foods provided that the modification has been done after careful research – and with the intention of providing a safer, healthier, disease-free alternative. And seeds which are affordable, or better – that can propagate naturally.

On the one hand where there is massive environmental destruction yet on the other some individuals over the world are taking to an environmentally sustainable, ecologically sensitive way of life- what according to you shall be one’s way of developing an organic and sustained relationship with nature with mutual reciprocity and not reckless encroachment? What is the role of the individual towards this important project?

Hopefully the tide will turn, as more and more people realize that what’s going on is untenable and it’s going to be their kids and grand kids that are going to pay the price for it and curse them to hell. Technology (another hate object for some hardcore environmentalists alas) can help, to maintain a sustainable lifestyle (recycling water for example) – but then again here too perhaps the greatest teacher is nature, where nothing is really wasted. An earth without people would be able to sustain itself perfectly well (after nature has of course rid it of all the plastics we strew about everywhere and all our other rubbish, not to mention repaired all the outright damage we’ve caused.)

Last but not the least, please share with us how you chose such a unique and inspiring career for yourself? What do you think is the importance of choosing a vocation that is in sync with one’s inner calling, what would you like to say to the thousands of young minds across the globe who take up vocations under pressure but do not find their heart in it?

Actually I never intended to be a writer! I had wanted to become an automobile designerengineer. Unfortunately, major health issues did not allow that, and I was told to get a ‘desk job’. I wasn’t in the least interested in banking or accountancy or any such commercial activity, but enjoyed writing and so started doing that. Writing articles for the press which gave way to books. I was also interested in natural history, photography, etc, and found I enjoyed writing more for children (and of course adults who are children) than adults. There’s nothing quite like following a vocation that is in sync with your ‘inner calling’ and that’s what everyone should strive for. For kids that will mean they should try and get interested in as many diverse things as possible (think of 6 impossible things before breakfast!), and follow those. Nothing could be worse that getting a mind-deadening job – no matter how well paid it may be. At any rate, develop an interest. Sure, a lot of us don’t have a choice: we find ourselves in hateful jobs just in order to make ends meet. Stick it out for a while, stash away a nice little nest egg and when you have enough to get by on cut loose and do your own thing. Remember, the only real ‘capital’ you have is time, and that gets debited with every day that passes. 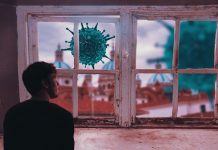