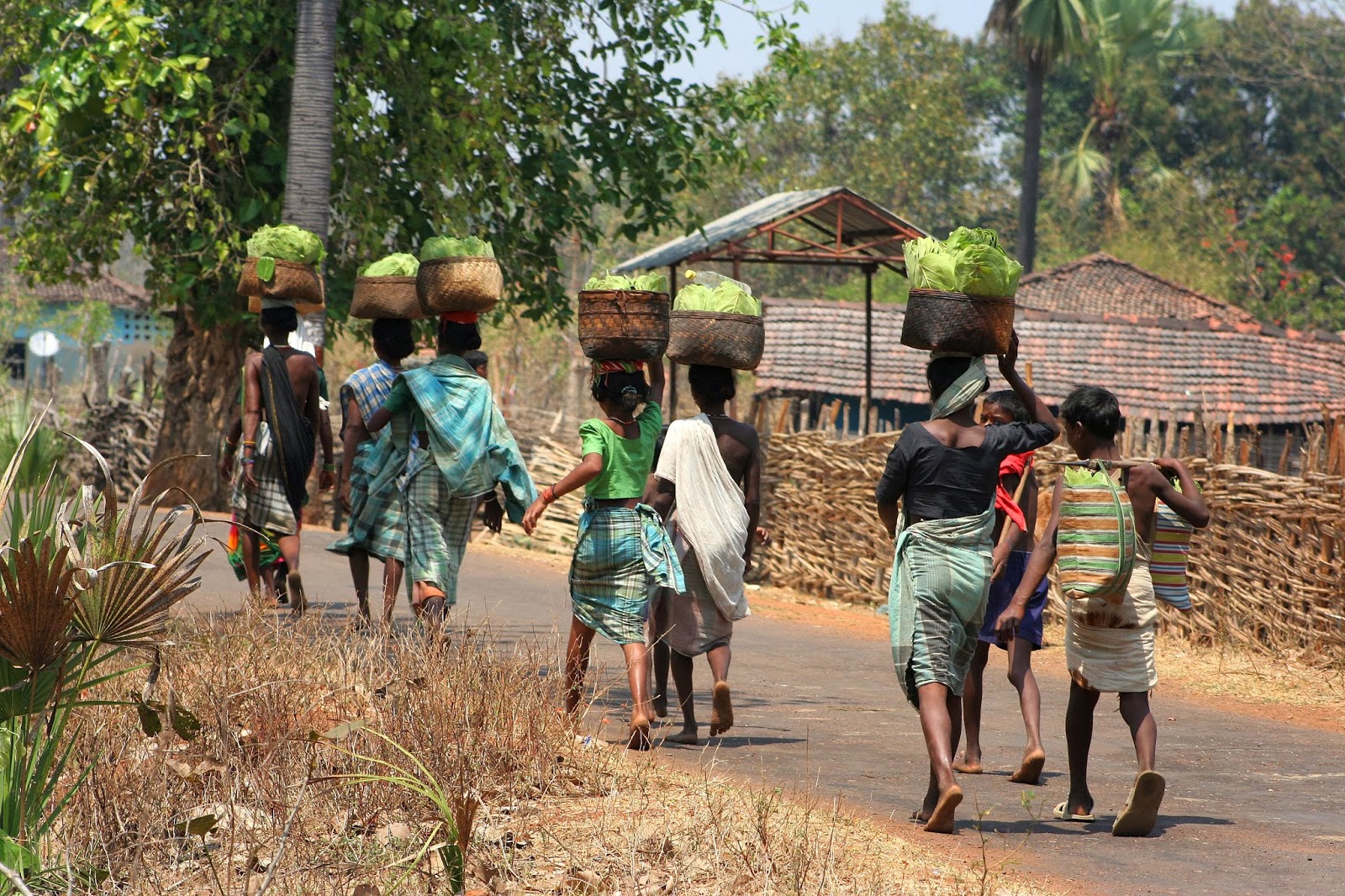 While encroachment and interference in tribal communities has been part of the statistic approach to development for long, it is time we turned back to the Adivasis and learnt from them some real lessons in sustainability and democratic living that mainstream societies have long overlooked.

Felix Padel and Malvika Gupta are working in the field of education.

A  recent series of news articles concerning Ashram schools in Maharashtra has revealed a devastating series of shortcomings, which researchers from TISS, Mumbai have helped bring to light, including unexplained deaths, unhygienic/inadequate food and infrastructure, sexual abuse, corporal punishment and political interference. This pattern, repeated in other states, is eerily reminiscent of the ‘stolen generations’ of thousands of indigenous children, removed from their families and forced into boarding schools for over 100 years, throughout North America and Australia, where such abuses were rampant. The Prime Ministers of Canada and Australia have issued public apologies to their indigenous populations, not just for the immense suffering this system caused, but also for the attempted cultural genocide that ‘forced assimilation’ through residential schools was implicitly designed to bring about.
Assimilation is also the policy covertly promoted on the ground in India’s tribal areas, in contrast to the stated policy of ‘integration’. This emerges in the Report of the High Level Committee on Socio-economic, Health and Educational Status of Tribal Communities of India, chaired by Virginius Xaxa, submitted to the Ministry of Tribal Affairs in May 2014, that has been virtually censored from public discussion. India’s assimilationism is managed through an ‘ashramization of tribal education’, in which a model of residential schools has been steadily promoted, at the
expense of day schools that leave children within their families and communities. One aspect of this is religious, with Hinduism sometimes imposed through a religious regimentation analagous to the Christian ethic imposed in ‘stolen generation’ schools. This emerged in a series of articles in Outlook about children ‘stolen’ from families in the Northeast and put into RSS run schools in western India. Yet discourse on tribal education still focuses mainly on low literacy levels, high dropout rates and absconding teachers – issues often used to justify closing down day schools.

It is clear that large numbers of tribal children still drop out of school, with too few enrolling for higher education. Is the main reason that Adivasi parents fail to see the value of education and want their children to work? Or has there been too little attempt to integrate tribal languages and culture into schools, with an atmosphere of constant cultural racism? For example, reports from the 1960s recommended co-ordinating school opening times with the tribal calender of work seasons and festivals. Isn’t this what has driven tribal youth away from education, marginalising them from its benefits, while failing to reverse the learning at all in a way that would bring pride in tribal cultures and their knowledge and value systems? As for higher education, a recent directive from the Maharashtra Government to close a third of the hostels that have housed tribal students enrolling in college education threatens to make conditions of attending college even harder for ST students.

‘Integration’ was meant to incorporate tribal culture, language and teaching methods into the school curriculum, using the unity of hand, head and heart in Gandhi’s Nai Talim, and adapting school holidays to the tribal calendar of festivals and seasonal work. Instead, Ashram schools have promoted a mainstreaming approach, banning tribal languages and culture from the classroom. Above all, they de-link children from their land and community, and from the knowledge and value systems intrinsic to these cultures’ relationship with their natural environment. Every tribal group has passed on over centuries its own methods of non-coercive pedagogy, in which work is not differentiated from play, and children learn hundreds of skills with minimal words, by observing their elders. When children are sent to boarding schools, this link with the land is broken. Instead of knowledge about hundreds of kinds of plants, and the riddles, myths and dances that energize life in a largely self-sufficient Adivasi community, boarding school life promotes standard learning by rote. Though some of India’s tribal languages now have considerable bodies of writing, they are essentially oral traditions, and each one maps a human geography and species of a specific ecosystem. Is literacy the obvious blessing it is often represented as? Or does a literacy rate tend to rise through ‘linguistic genocide’, and by obliterating ecological consciousness? With cultural sensitivity, can the two co-exist and even reinforce each other?

The ecosystems where tribal communities have lived since history began are being invaded and obliterated fast by mindless ‘development’ projects – a destruction that proceeds alongside the invasion and displacement of tribal communities, in the Northeast right now, just as in large parts of central India. Mining projects, metal factories, and more big dams have displaced at least a quarter of India’s ST population since Independence, with untold suffering, using loopholes in the Constitutional safeguards that were supposed to guarantee tribal land rights. The biggest loophole has been the claim that a ‘development’ project is ‘in the national interest’; when for those invaded and displaced, it is blindingly obvious that the dams and mines that flood their fields and forests or turn them into wastelands represent the antithesis of real development. Even the assumption that these projects constitute development at the national level is highly questionable, when one understands the extent to which the ecosystems that support life for future generations are being destroyed. In many ways, worldwide, it is indigenous or tribal communities, and their movements, that hold out the only real hope for human survival against the ravages of neoliberal capitalism.

When we examine the concept of ‘sustainable development’ we find it has been extensively misused, and that tribal communities are at the forefront of what can be called real or longterm sustainability, through customary use of resources based on restraint in what is taken from nature. These systems of sustainable ‘Adivasi Economics’ are under intense threat now. If education is to play a role in teaching future generations to love and respect the environment, learning from tribal societies is going to play a vital role in this.

Ashram schools started out as a reaction to the missionary schools in tribal areas that began to create tribal elites from the 2nd half of the 19th century, accelerating class formation during the colonial era. A.V. Thakkar is credited with setting up the first Ashramshalas in the 1930s, and spreading the model from western India to Orissa and Bihar. The Kothari Commission Report, in 1966, redefined Gandhi’s concept of ‘productive work’ towards industrial training, to suit ‘a country on the path to industrialization’, at a time when thousands of Adivasis began to be displaced by big dams and factories invading their lands. By the 1980s, they numbered over 3,000. Far from being based on Gandhi’s Nai Talim, as they were supposed to be, many of their features display its precise antithesis, since they mostly fail to use tribal languages or to incorporate tribal knowledge and pedagogy into the curriculum at all. This is already implicit in a speech on ‘The Aboriginal Problem’ that Thakkar gave at the Ghokale Institute of Politics and Economics in 1941, in which he characterizes Adivasi culture and agriculture as backward in every respect, in line with G.S. Ghurye’s image of tribals as ‘Backward Hindus’, promoted in his book The Aboriginals – “so-called” – and their future, published by the same institution two years later.

Ashram and other residential schools can also be seen as de-politicizing Adivasi children, undermining their communities’ movements of resistance to displacement by invasive industries and dams that are devastating the natural environment. The culmination of this assimilationist approach is the Kalinga Institute of Social Sciences (KISS), in Bhubaneswar, an offshoot of the Kalinga Institute of Industrial Technology (KIIT). KISS offers free education ‘from KG to PG’, to over 25,000 ST children, from all 62 of Odisha’s tribal groups. On the surface, these children are getting a modern education, in bright modern classrooms, with prominent approvals by UN institutions, foreign embassies and famous activists. But the main funders include Vedanta, Nalco and Adani – mining companies responsible for invading and displacing tribal lands and forests. Children in KISS have died in considerable numbers, cases of sexual abuse have been hushed up, hundreds suffer from loneliness and hunger from the unfamiliar food. Many run away – just as they did from the residential schools in North America.

At the other end of the scale, a number of more political alternatives have evolved. Some examples in Madhya Pradesh include Adharshila in Sheopur district, and Muskaan, an innovative network offering education to displaced Adivasi children in Bhopal, using the Gondi and Pardhi languages. All these draw on the tradition of critical pedagogy to encourage children to contextualize and respond creatively to the severe problems and conflicts that so frequently engulf Adivasi families and communities. What is being undermined by the mainstreaming residential schools is an egalitarian political as well as environmental consciousness. During India’s transition to Independence, Jaipal Singh Munda confronted Nehru in the Constituent Assembly Debates: ‘You cannot bring democracy to the tribal areas. You have to learn democratic ways from them. They are the most democratic people on earth!’ Their livelihood patterns are also, by and large, by far the most sustainable, longterm, in the restraint they inculcate in what is taken from nature.

Instead of continuing to impose a missionary style education based on promoting materialistic ‘development’, do we need to start reversing the learning? Many alternative models exist for a more democratic, two way learning process.