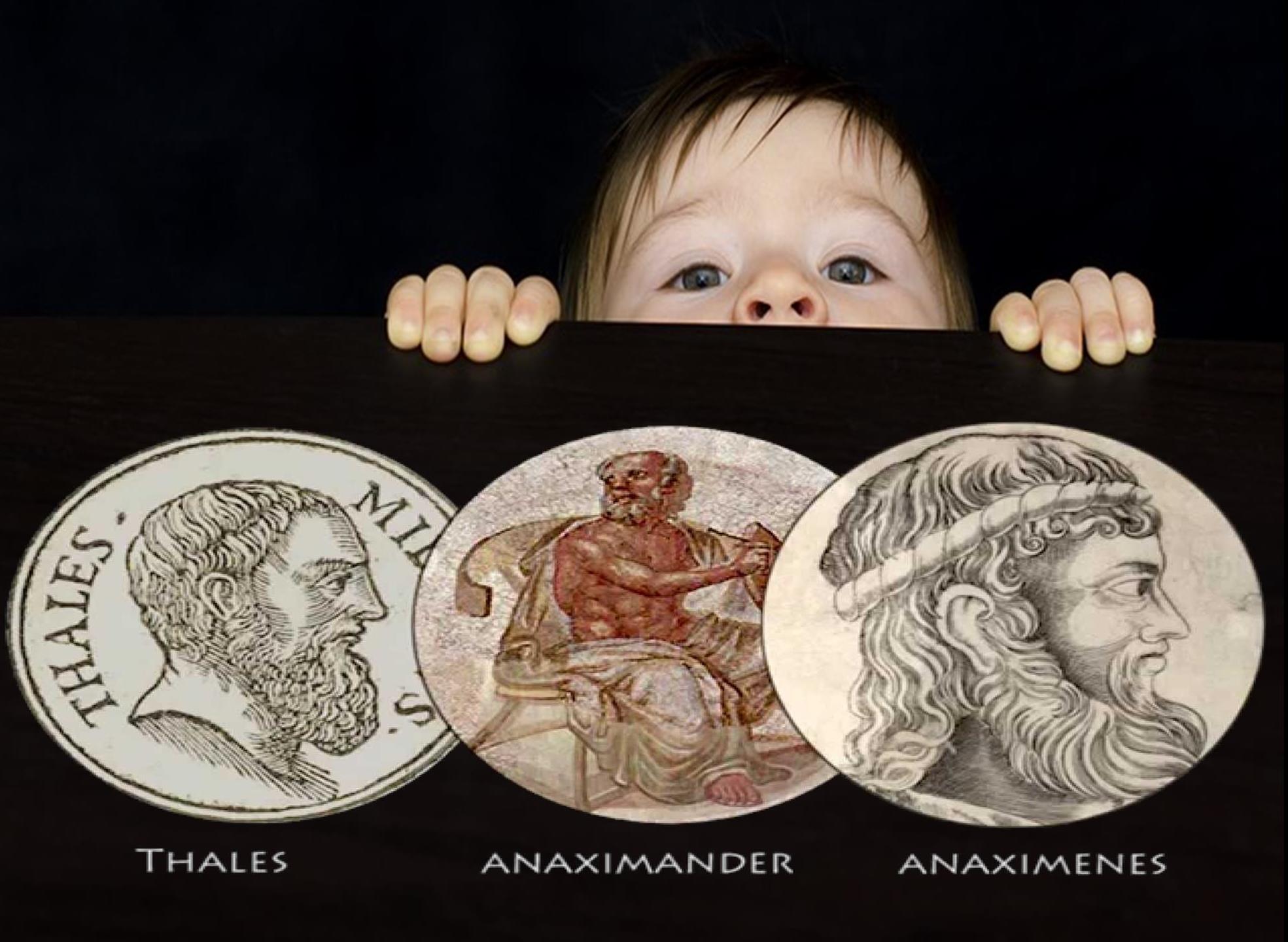 Nowadays learning is all about memorizing and certification. It has no organic significance in our lives. We have lost wonder and curiosity; and forgotten that the whole existence can unfold itself to the spirit of curiosity alone. In this article the writer engages with the ideas of the first three Milesian(the Milesian School of thought came up in the 6th century B.C. in the Asia Minor region) philosophers and thereby tries to establish the meaning of curiosity and wonder in learning.

How did plants and animals come into being? Why can a fish not live without water? What is the color of the sea? Is there any God and does man have an immortal soul?

Today we have much information regarding such questions. Today it doesn’t matter whether we have the curiosity to know but despite our inclination or interest the information based curriculum makes us aware of all the possible information. Yes, in  the present times we memorize everything without any engagement or curiosity.
And we have forgotten that only ‘curiosity’ had made everything possible from the beginning till the present time. This curiosity I would want to argue has shaped this world.

This curiosity began thousands of years ago and the philosophical tradition started in our own country with the Vedas and the Upanishads and in the western context, it is said that Thales , Anaximander and Anaximenes were the first philosophers.

Thales ,Anaximenes and Anaximander were born in Miletus (Current day Turkey) – a Greek colony. They were also known as Milesian philosophers. This was the pre-Socrates period. The earliest philosophers are called as natural philosophers because they were mainly concerned with the natural world and its processes.

Thales loved travelling. He travelled across many countries. At that time visas and passports were unknown and unimagined documents. People largely traveled from one place to the other by Ship or by foot. Thales was a keen observer. His curiosity never ended.  He believed that everything had a distinct story of origin and subsequently was also the origin of something else.  He went to Egypt, where he is said to have calculated the height of a pyramid by measuring its shadow and finding it equal to its height. Then, it is also said that the philosopher accurately predicted a solar eclipse in the year 585 B.C. Thale’s most popular research explains that all creatures on this planet have originated from water and this means that the source of all things is water. And subsequently this also implies that all life returns to water again when it dies out. He also noticed that frogs and worms appeared after it the rains.

The second philosopher was Anaximander, who was also the disciple of Thales. It is said that the origin of Anaximader’s works were Greek mythical traditions, works of his master Thales and the observations made by Eastern civilizations.  Referring to the work of Thales, he added that the natural existence is similar to the human existence. If its existential balance gets disturbed by anything then it will not survive for a long period.
His contribution was very large; from astronomy to mathematics his contribution shaped the world knowledge structure.

Later in the same era the work of Thales and Anaximander was carried further by Anaximenes. He was aware of the work of Thale’s theory of water and the origin of cosmos.
But there were no work that provided the information about the source of water. His major work explained that the sources of all things are vapor and air. Later he found that air was the origin of earth, water and fire. Anaximenes was the first to associate the quality pairs hot/dry and cold/wet with the density of a single material.

Today, in a very early age we get to know that Anaximenes definition of air is oxygen. Fire cannot be ignited without oxygen; water consists of one atom of oxygen and two atoms of hydrogen and every living creature on earth cannot survive without oxygen. It is very easy to know. But we can realize how the idea came up with Thales and was continued by Anaximenes.

It was a matter of deep curiosity that kept alive the flame of learning. Their contribution to knowledge played an important role in human development. In a very unpromising time, without having any kind of desire to be famous or rich they followed their own curiosity and brought a new meaning to the human world.
Is there any possibility without curiosity? Does learning have any significance without curiosity and without this positive zeal can it make any contribution to human society? It’s time we paused, and reflected.

Board Examinations Negate The Aspirations of Hundreds Yearly: Will the Education System Alter?

EDITORIAL : The Changing Trajectory of the Nation

Our Uniqueness is Our Choice

Redefining Education as the Quest for Freedom: the Relevance of Critical Pedagogy in the Light of Paulo Freire’s Contributions

A Ripe Moment for Contemplative Engagement

The Need for Life-affirming Journalism