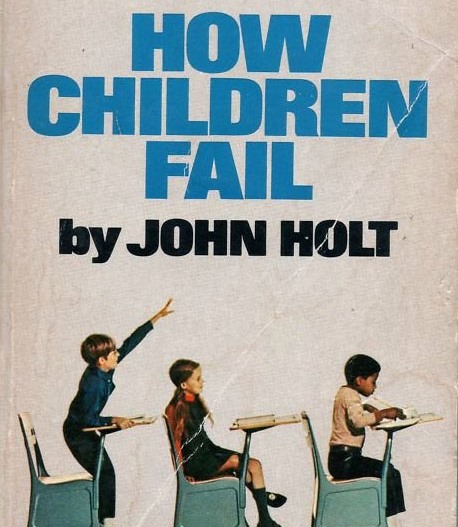 Teachers often wonder why children don’t learn what they teach. Why do children fail? What should be the nature of classroom discourse? In a reflective and engaging book, ‘How Children Fail?’, John Holt, a primary school teacher, raises some pertinent and disturbing questions concerning the education system, pedagogical processes and the role of teachers as well as learners in the classroom.

While there are many points to ponder upon in the book, there are certain aspects that made me reflect on our educational practices. I would like to share these with the readers.

Building a sense of agency among learners

Through his humorous and powerful anecdotes, Holt criticizes the school system for curbing the natural capacities of children like curiosity and creativity, for making them ‘producers’ rather than ‘thinkers’ and creating a sense of fear where they learn to manipulate in order to please grown-ups.  Holt was startled to hear most of the learners comment, ’I’m dumb!’  The world created in the textbook alienates the child both in terms of language as well as the content as the expressions, words; experiences that are part of child’s milieu do not get a place in the textbook. This failure to make sense of the curricular knowledge makes the child believe that he/she lacks the capacities and abilities leading to demotivation and drop -outs. Moreover, the absence of multiple interpretations, discussion, contestations in the classroom where knowledge is seen as something that is fixed and not a process of mutual discovery, denies the child of his or her agency and reflexivity. 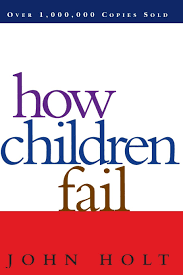 Holt observed that children fail to learn because they are afraid, bored and confused. They are afraid of disappointing their teachers
and parents and bored because the things that they are asked to do in school are dull, trivial and hardly ever have any relation to what they already know.

Teachers as regulators of knowledge in the classroom

Holt points out to the obsession of teachers with ‘right answer’ and how this promotes a ‘textbook culture’ and a sense of conformity where learners are not allowed to challenge and analyse what is presented to them. Teachers exercise their pedagogic and epistemic authority to decide what the ‘right answer’ is and what children ‘ought to know’. The overemphasis on grades, rote memorization of subject matter and failure to recognise talk as a ‘resource’ leads teachers to only focus on whether learners are doing what they want them to do rather than understanding children by observing their likes, dislikes and interests, thus, promoting a culture of silence, fear and anxiety among children. Teachers are trained to believe that textbook knowledge is the only ‘legitimate knowledge’ while the alternate sources of knowledge are illegitimate and not of much value. This understanding is communicated to the learners who begin to differentiate between ’work’ and ‘play ‘and texts from ‘stories’. This denies children with the joy of learning who, as observed by Holt, come to school because they have to, not because they want to learn. In such a system where dialogic education is missing, knowledge is seen as fixed where the teacher considers the learners as depositories of knowledge and herself as depositor of that knowledge. He urges teachers to observe learners, not only while teaching, but in various contexts to understand children’s thinking as children in ‘spontaneous’ and ‘contrived’ contexts display varying levels of intellectual capacities and abilities.

The culture of schooling

Holt examines the culture of schooling critically and maintains that schools are not preparing children who love learning and ‘learn so well they will be able to learn whatever needs to be learned’. In our society, which is characterized by inequality and asymmetrical power relations, it is quite possible that school education reproduces the existing inequalities and promotes the interest of the dominant sections of society. It achieves this objective by rewarding passivity and obedience among learners and penalizing the creativity and imagination. The school, as a rather significant agent of cultural and economic reproduction, plays a crucial role in the formation of the consciousness of the individuals. Schools try to inculcate the habit of accepting the control of others uncritically or without questioning, thus sustaining the ideological hegemony. The author criticizes the school for the way it promotes the competition and conformity and suppresses innovation and creativity leading to the learning process deprived of joy and freedom. Holt envisions the school as an institution where the child is seen as an autonomous person to be respected, not just disciplined and moulded by the teacher. In such a school, education becomes an experience of inner joy where learners participate in the process of knowledge construction and are encouraged to discover themselves.