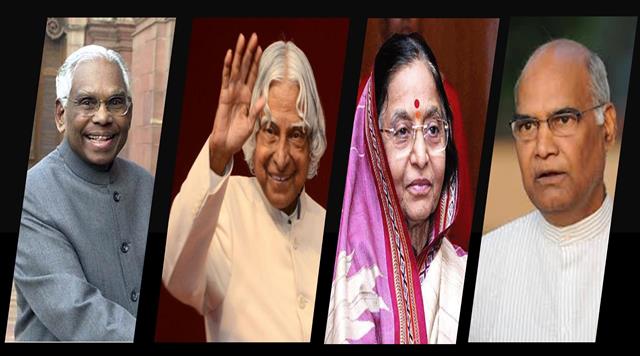 As India faces yet again the presidential elections it is time we rethink some fundamental questions that we have forgotten in the mist of political rhetoric. Can these questions be overlooked or is it time we gathered the courage to address them?

The name of the winning presidential candidate has just been announced.  The ruling NDA’s Ram Nath Kovind was set to defeat opposition candidate Meira Kumar but the counting alone could reveal the scale of the victory. The winning candidate replaced Pranab Mukherjee, whose term ends on July 24th. The suspense is finally over now.

From the last three months the battle for the presidential candidate was going on. Ram Nath Kovind from the ruling government and Meira kumar from the opposition were declared as presidential candidates. We all are aware that this was not just an ordinary battle of candidature between the ruling party and the opposition but both tried rigorously to play the ‘Dalit card’.

This is not new to us.  Indian political strategies are largely based on caste, poverty and education. This agenda is operating from decades.  The same political process and rhetoric is going on from centuries but nothing has changed in terms of caste, education, women’s empowerment and other important indicators of the nation’s development. Political parties with their primary concern being the hegemony over vote bank politics have mastered in coining such terms and slogans.

And in the presidential election too the similar strategy is operating as both the political parties are just politicizing the term Dalit. Had the political strategy of choosing a candidate from a marginalized community be it a Dalit/Tribal, a Muslim or a Woman served the purpose of bringing about social welfare for their respective communities then the candidates of the past like APJ Abdul Kalam, RK Naryanan or Pratibha Patil could have significantly altered the face of Indian politics.  It is a clarion call for our times to realize that mere propaganda and political manipulation based on identity markers such as religion, gender or caste can never be an answer to the Indian crisis. It is an irony that the immeasurable pain of Indian society that is born out of caste oppression is still alive in all corners of the country.   We must recall that the great struggles of Gandhi, Phule and Ambedkar have still not ceased to be relevant in the present context.

I recall reading about the day, mentioned in Gopal Krishna Gandhi’s recent book “Gandhi Still Matters” It was the same context and India was facing the similar situation in  1947 – the crucial choice of electing the first president of  the nation.
This was historically one of the most crucial periods for India as it was passing through the agony and despair of partition, communal violence and social hatred. Gandhi was constantly struggling to cope up with situation traveling barefoot and fasting unto death to end the violence and construct a new egalitarian and harmonious India.

The month was May and the year 1947, Chakrya, a young Andhra Dalit, living at Gandhi’s Sevagram aashram from its beginning had died. This incident broke down Gandhi. He wrote “I feel like crying over his death, but I cannot cry. For whom should I cry and for whom should I refrain from crying?”

On 2 June 1947, two months before the Presidential election, at a prayer meeting Gandhi proposed his vision about the first president of independent India. He said “I would have proposed the name of Chakrya, had he been alive. But I would like to suggest a Dalit like Chakrya to become the presidential candidate or a Dalit girl should be made the first president”. Initially this idea didn’t get any acceptance but Gandhi believed that this could be a new departure for the Indian society. He elaborated with simplicity “if an English girl of seventeen could become the British Queen and later even the Empress of India, there is no reason why a Dalit girl of robust love of her people and unimpeachable integrity of character should not become the first president of India”.

At that time because of the partition and the rising demands of the of princely states, Nehru and Patel decided to retain Mount Batten as Governer Genral of India. And Gandhi advocated the candidature of a Dalit girl as the president, this plea was marginalized. Thus Gandhi had such a profound vision of eradicating the caste system from new India. If we really want to end this social stigma then certainly our leaders should take a move with similar ideas with equal honesty.

Suggesting the name of a Dalit girl was a great symbolic departure from the caste based mindset of the Indian society. For Gandhi, by electing a Dalit girl as president, India would have shown to the world that no one is high or low but all are equal as fellow humans. As we face the election for the president once again we are face to face with many important questions that shall continue to shape our destiny for many more years to come.