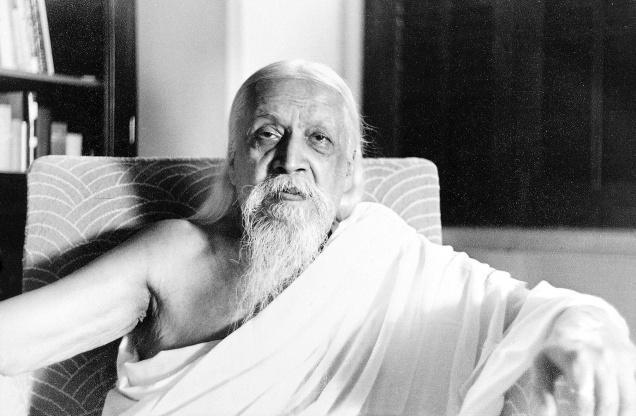 Sri Aurobindo and the Mother were closely involved in creating a new system of education that can prepare an individual’s consciousness for an evolutionary leap into the future. The main goals of this new agenda of human development are encapsulated in a beautiful passage entitled ‘A Dream’ by The Mother (2002) where she envisions a new world manifest upon earth:

There should be somewhere on earth a place which no nation could claim as its own, where all human beings of goodwill who have a sincere aspiration could live freely as citizens of the world and obey one single authority, that of the supreme truth; a place of peace, concord and harmony where all the fighting instincts of man would be used exclusively to conquer the causes of his sufferings and miseries, to surmount his weaknesses and ignorance, to triumph over his limitations and incapacities; a place where the needs of the spirit and the concern for progress would take precedence over the satisfaction of desires and passions, the search for pleasure and material enjoyment. In this place, children would be able to grow and develop integrally without losing contact with their souls; education would be given not for passing examinations or obtaining certificates and posts but to enrich existing faculties and bring forth new ones. In this place, titles and positions would be replaced by opportunities to serve and organise; the bodily needs of each one would be equally provided for, and intellectual, moral and spiritual superiority would be expressed in the general organisation not by an increase in the pleasures and powers of life but by increased duties and responsibilities. Beauty in all its artistic forms, painting, sculpture, music, literature, would be equally accessible to all; the ability to share in the joy it brings would be limited only by the capacities of each one and not by social or financial position. For in this ideal place money would no longer be the sovereign lord; individual worth would have a far greater importance than that of material wealth and social standing. There, work would not be a way to earn one’s living but a way to express oneself and to develop one’s capacities and possibilities while being of service to the community as a whole, which, for its own part, would provide for each individual’s subsistence and sphere of action. In short, it would be a place where human relationships, which are normally based almost exclusively on competition and strife, would be replaced by relationships of emulation in doing well, of collaboration and real brotherhood. (pp.93-94)

Unlike the current education system which in effect, stresses the development of the human mental capacities, Sri Aurobindo and The Mother envisage an education that had at its core the emergence of the soul of the individual–for it is the key to realizing the integrity of consciousness in one’s being and to transform human nature. The ‘Sri Aurobindo International Centre of Education’ established by The Mother in Pondicherry in 1951 attempts to manifest the principles of Integral education through ‘a free progress system’ i.e., “a progress guided by the soul and not subject to habits, conventions or preconceived ideas” (The Mother, 2002, p. 109).

A Living Curriculum
This view of education regards the learner as an ‘alive soul’ and the curriculum of education is essentially concerned with the creation of an environment where the soul or the psychic being can be the true leader of the learner’s progress. Sri Aurobindo, in the beginning of the last century century gave three core principles of true education from which the complete curriculum of Integral Education can be evolved. These three principles are:

Nothing can be Taught.

The mind has to be consulted in its own growth.

To work from the near to the far, from that which is to that which shall be.

The first principle of true teaching is that ‘nothing can be taught’. This principle invokes a completely different form of knowledge than is available in our surface self –a deeper self-knowledge which cannot be ‘taught’ for it wells up from a source deep within the individual –i.e., the soul. The task of true teaching according to this principle is to develop the instruments of knowledge in a person so that its develops the capability of using these instruments to acquire true knowledge for the self. Thus in this view, knowledge cannot have a mere instrumental value nor can it be seen as a ‘capital’ and can exploited in terms of its economic and social value. In Sri Aurobindo’s perspective of education, it is only the awakening of an individual to the truth within  and its expression in dynamic action that can be the basis of an effective social transformation.

The second principle of education is ‘the mind has to be consulted in its own growth’. Each child is a unique self-representation of the divine with his or her own swadharma which should be the true inner guide for development. To force a child to artificially follow an external agenda of development, different from its own inner nature is:

…to do it permanent harm, mutilate its growth and deface its perfection. It is a selfish tyranny over the human soul and a wound to the nation, which loses the benefit of the best that a man could have given it and forced to accept instead something imperfect and artificial, second-rate and perfunctory and common. (Sri Aurobindo, 1956, p.2).

The development of the instruments of knowledge thus is becomes a necessary condition to the crucial second step–which is to find one’s own divine sphere of ‘perfection’ and strength’ and to develop it. A system of education falters in this quest -would be compromising and deforming the development both of the individual and the Nation.

Further, the education of an individual should be based on third principle ‘To work from the near to the far, from that which is to that which shall be.’ This implies that education needs to begin as grounded in the cultural context in which a child is born and with ideas that are closest to his nature of being and then widened to include other possibilities. If something is brought from outside of the child’s experience, it must be offered and not imposed on the child.

An individual who is a close possessor of the truth of his being is an instrument for the Divine who does his divine creation through him in the world. “He is svarāt., self-knower, self-ruler, but he begins to be also through this spiritual oneness and transcendence samrāt., a knower and master of his environing world of being.” (Sri Aurobindo, 1999, p.641). This is the marvellous scope of an education based on the soul.  Sri Aurobindo (1956) points out that India has always seen the individual essentially “as a soul wrapped in mind and body” (p.15). All other human capabilities– intellectual, aesthetic, ethical, dynamic and social are seen as powers of the soul through which it manifests in the world, and grows through their growth, with the possibility of ascent to the highest spiritual light. The primary aim of education in India thus must be the development of the soul and all its possibilities, for it is a vision that is rooted in its ancient wisdom which can be ignored only at the risk stunting its cultural genius.

I feel that the National Curriculum Framework (NCF) 2005, in its position paper on ‘Aims of Education’ (2006) has made a good effort to include ‘self-knowledge’ and ‘creativity’, ‘focus on individual and cultural diversity’ as important aims of education. The scope of self-knowledge in this vision is largely perfection of the moral-ethical nature through the cultivation of values. There is an inclusion of a critical area of education in the NCF 2005 i.e., ‘education for peace’ (2006), where the values of peace and harmony are sought to be manifested through a method of conflict resolution. The mental skills of critical thinking, information handling, creative thinking, reflection and dialectical thinking are relied upon to ensure a culture of peace and harmony.

In Sri Aurobindo’s  perspective,  a deeper  harmony and peace can only be manifested by moving beyond use of the human mind whose action is essentially separative in nature and cannot become the true  basis for  harmony within the individual or the society. According to Sri Aurobindo (2005), while the dialectical mind may be used to arrange ideas but it is not the source of true knowledge.  In Sri Aurobindo’s conception of human evolution, beyond the infrarational and the rational capacities of humanity, are the powers that are suprarational in nature. These manifest as an individual becomes aware of the possibility deeper consciousness within –the inner psychic-spiritual realms of experience. The scope understanding the ‘self-knowledge’, ‘individual and cultural multiplicity’, ‘arts and aesthetics’ and ‘harmony’ can be given a higher lift and tremendously widened in this higher psychic-spiritual Light. While the development of the capacities of the rational mind is a critical evolutionary victory, an education that does not create sufficient conditions for the flowering of the capacities of the soul and spirit is likely to remain an inadequate interim measure–incapable of resolving the fundamental problems of life. Thus, there is an imperative need for an education system that gives a learner routes of reaching to the true subjective resources within, teaches the learner how to tap into inner knowledge, and take a conscious lead in collaborating with the Divine.

Sri Aurobindo had an eye on the evolutionary future of humankind- a future that has as its basis the complete manifestation of all that we are capable of expressing – and creating new pathways and forms of knowing, being and relating which deeply satisfy our souls.  In educational terms it perhaps means to manifest the deep, wide and impersonal love in the teacher that can help the learner engage in fearless contemplation of the problems and potential of one’s own nature and consciously shape the trajectory of growth.  An education that refines emotions helps express “the beauty of the soul, the beauty of sentiments, the beauty of thoughts, the beauty of the action and the beauty in the work” (The Mother, 2002, p.232). This is an education that never ends as in multiple spaces, times and contexts it seeks for a new light that can help us harmonise the contradictions of our times and attempt to find the most luminous solutions that as evolutionary beings are capable of.