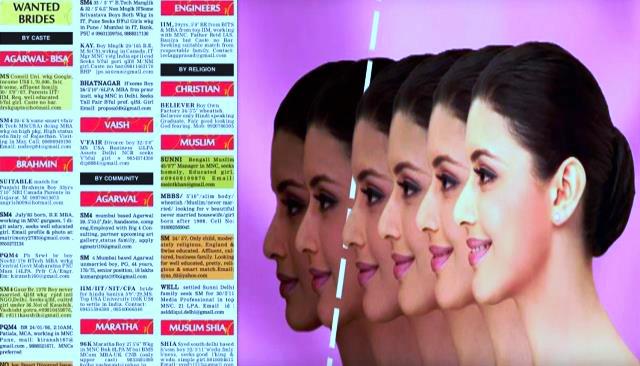 There are some obsessions that are traditional while there are some that are the gift of the modern times; no matter what their origin they curb the ability of a society to think openly and creatively. It is this range of compulsive behaviors that the author has discussed trying to persuade us of the need to contemplate and look beyond for the betterment of human society.

Sayantika Biswas is a student based in Jadavpur, kolkata.

There are so many social norms or rules in our country that make us wonder why things are the way they are. Have we ever stopped to contemplate what they once were and whether they have been drastically altered over time?. Indian society suffers from various obsessions which are unknowingly or knowingly manifesting themselves. These tendencies are not only gripping the society but also making it devoid of free thinking values.

Very recently a friend of mine became father to a girl child, it was his second child. The first too was a girl; he told us that people were coming from the neighbouring villages to console him on the birth of a second daughter. They were crying for him saying ‘what could you do, if the Lord was unwilling to grant you a son?’

This is the common scenario in Indian villages. Despite the fact that women are working in every sphere now, such prejudices still linger. One reason why this obsession occurs is because our society is patriarchal therefore harassment due to dowry becomes a big issue. Even now in this high-tech era we hear of in-laws killing the brides for dowry. Another obsession which comes along with marriage and dowry is the typical Indian fetish for fair skin. We see television stars with fair skin endorsing fairness products where a dark girl who is considered ‘ugly’ becomes fair after applying fairness products. This is a problem which has been there; men and women are often offended because of complexion.

Only recently I came across the news of a dark woman being killed by her in- laws in the village even after the fact that her marriage had been arranged by her parents. The Indian society from the time of the Vedic period has been divided into castes and sub-castes. It has been one of the great Indian obsessions. Inter-caste marriages are looked down upon, it has often happened that either the bride or the bridegroom are killed, beaten up or ostracised by the raging villagers. Even now in some parts of the country there are families who still don’t openly accept a girl of lower caste marrying an upper caste boy or vice versa. Matrimonial sites are the evidences of the overt discrimination occurring in society. We often see ads in newspapers asking for slim, beautiful, fair, and young and Brahmin bride.

Religion also plays an important role. We very often find politicians exploiting the communal feeling along with caste divisions as a means of getting votes. Since our society has a habit of making anything an obsession then why leave out the occupational obsession for studying engineering. Adhitya Iyer an engineer himself wrote a book on the phenomena happening in our society, it is ‘The Great Indian Obsession: The Untold story of Indians Engineers’, he said in an interview ‘if engineering were a religion, it would be the fifth most populous religion in India’. We see parents sending their children to institutions to train them to be eligible to crack IITs ,AIEEE or WBJEE. So much money is invested after them so that they might clear either of the prestigious entrance examinations. There are neighborhood where parents don’t allow boys and girls to interact with each other till they secure a place. Due to over competition in the engineering sector we find a shift from that field to the government sector.
With time and advancement of technology another obsession is slowly and severely taking hold of our lives and this is the usage of gadgets specially the usage of mobile phones. This gadget with its various apps, games and handy features is making not only our Indian society but also the society across the world addicted to it, often interfering with our private as well as public life. With the introduction of selfie as the new fashionable engagement, man is becoming artificial; sometimes there are reports of accidents while taking selfies. It is not that one should stop the usage of technology but should minimise it for ones benefit. After all, we are social beings therefore virtual social networking will never fulfill the need for face to face conversation which are the soul of any civilization.