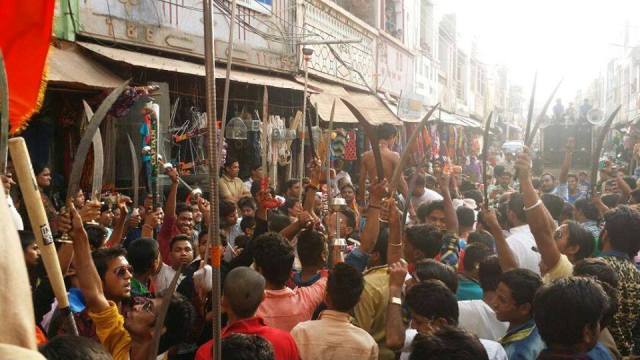 With the metaphor of QUIT INDIA MOVEMENT, Mr. Prime Minister has recently pledged to force communalism to quit India. His words are excellent. However, in this small article Labanya Sengupta—an independent educator situated in London—has asked whether we can find the unity of theory and practice. She has given a set of concrete suggestions to the honorable Prime Minister for bringing his words closer to practices.

Yes, Prime Minister Narendra Modi’s words are excellent. This time he has expressed his willingness to ‘force communalism to quit India.’ Who can deny the greatness of a pledge of this kind? Communalism is a disease; it destroys human relations, causes violence, spreads fear, suspicion and rigid stereotypes about others; and it is against the true spirit of religiosity. Mr. Modi’s excellent oratory filled with boundless energy has its appeal; it intensifies the ‘charisma’ he carries with him. Yet, a question continues to haunt us: Are words alone sufficient to overcome the pathology of communalism?  If words—even noble words—are not accompanied by corresponding practices, nothing alters. We then live in the world of discourses and powerful rhetoric. However, we would like to imagine that Mr. Prime Minister means what he says, and he is eager to do something about it. What can he do? In a democracy, it is not a bad idea if even the Prime Minister takes some suggestions from ordinary mortals like us. It is in this context that I wish to suggest a set of measures for combating communalism.

To begin with, let me state what communalism as it prevails in India means. Yes, it is a conflicted relationship between two religious communities—primarily Hindus and Muslims. Its roots, we know, lie in India’s complex politico-cultural history: diverse stages in Hindu-Muslim relationships—from the traumatic memory of the ‘invasion’ of the supposedly ‘Hindu’ land to the psychology of fear and suspicion. The gradual decline in the social position of the Muslims in colonial India, and eventually the trauma of partition, and resultant ghettoization of the minorities have further broken the meaningful channels of communication.

And these days the assertion of what is regarded as the Hindu Right in the context of the changing world politics in which ‘Islamic terrorism’ seems to have blocked a genuine communication between Islam and other religious traditions is yet another source of anxiety. It is obvious that communalism as a cultural politics attaches primary importance to one’s religious identity. In a way, it is a kind of ‘false consciousness’ because one lives with multiple identities.

One is not just a Hindu or a Muslim; one is a farmer or a teacher or a doctor; one is a Bengali or a Marathi or a Bihari; or one speaks Hindi or Malayalam or Urdu.  The wholeness of one’s being is crippled and fragmented; communalism makes one sectarian, narrow and one-dimensional. Furthermore, communalism diverts our attention from shared/universal concerns—health and education, livelihood and social security; and makes us believe that the problem, far from being economic, is the presence of the ‘other’.  Not surprisingly then, communalism is often a manipulative exercise in social engineering—a conspiracy by the vested interests, the hegemonic political establishment.  In this sense, it is anti-people; it is anti-revolutionary.  Again, we should not forget that communalism as an ideology and practice is against the divine spirit of religiosity; instead, religion becomes merely an identity marker for separating one from the ‘stigmatized other’.

It is good that our Prime Minister wants to eradicate it. But for establishing a symmetry between his words and practices, he needs to do the following:

As a collective, we can grow and prosper only when we live peacefully and without fear. Neither the tyranny of majoritarianism nor the typification of minoritism; what is needed is an environment that allows all of us to work together, and have equal access to education and livelihood opportunities. This is possible only by a welfare secular state. Secularism does not mean that one is necessarily an atheist or anti-religious; it means deep sensitivity to the agony of the vulnerable and the marginalized; it means a caring hand that arouses the confidence in one’s mind that irrespective of one’s faith, one is safe, secure and taken care of.

It is important to realize the beauty of cultural heterogeneity. In fact, dull standardization and homogenization kill the spirit of man. Here a Sikh and a Muslim, or a Christian and a Buddhist can live together; and this has to be seen as our strength. Hence, our nationalism cannot be a doctrine of manufactured/ standardized/centralized Hinduism. Well, none should object to the fact that the splendid diversity within what is broadly regarded as Hinduism—its diverse sects and traditions, its classical and folk forms, its Vedanta as well as Mimamsa, its Ramakrishna as well as Gandhi—have enriched our civilization. Because of the specific trajectory of our cultural landscape, pluralism remains our strength. Possibly this continual flow of cultures and traditions has given us the strength to feel a thread of connectedness (or, what we love to regard as the fabric of Indian civilization) amidst differences. We can fight communalism only when we create a mind that, far from being repelled at differences, accepts and celebrates heterogeneity.

This is possible only if we change the nature of the prevailing strategic politics that plays with identities, stimulates gross religious sentiments, and promotes either aggressive majoritarianism or manipulative minoritism. We need a politics that sees us as humane—beyond our parochial identities. We need a politics that teaches us to be aware of our collective concerns—land distribution, employment generation, quality education for all and shared habitats without ghettoization.

If our Prime Minister takes these three suggestions seriously for combating communalism, he needs to learn a couple of lessons ; he has to ask the party he leads to discourage mob violence, lynching, cow politics and obsessive nationalism packaged in the idioms of fanatic faith. Furthermore, he has to redefine himself and realize that instead of Savarkar, Godse and Golwalkar, Gandhi and Tagore, Ramakrishna and Kabir would be the real companions for helping him to restore love, trust and harmony in society.

Is he ready for this transformation?  I have no answer. I want the esteemed readers of The New Leam to think of it.

“What Happened to the India of Gandhi?”, Asks UAE Princess Al Qassemi 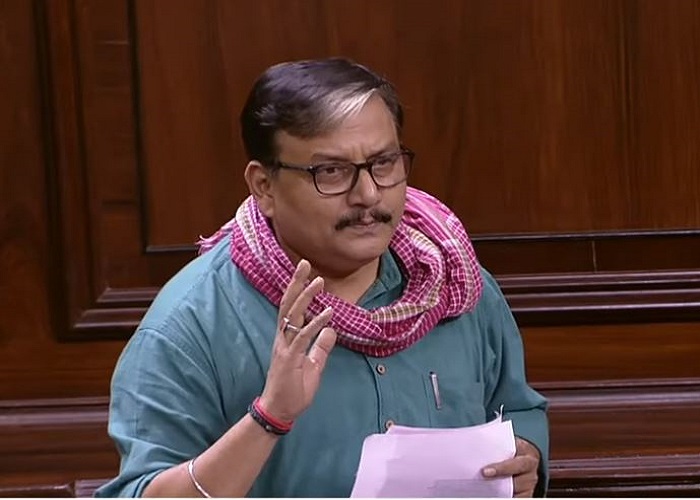