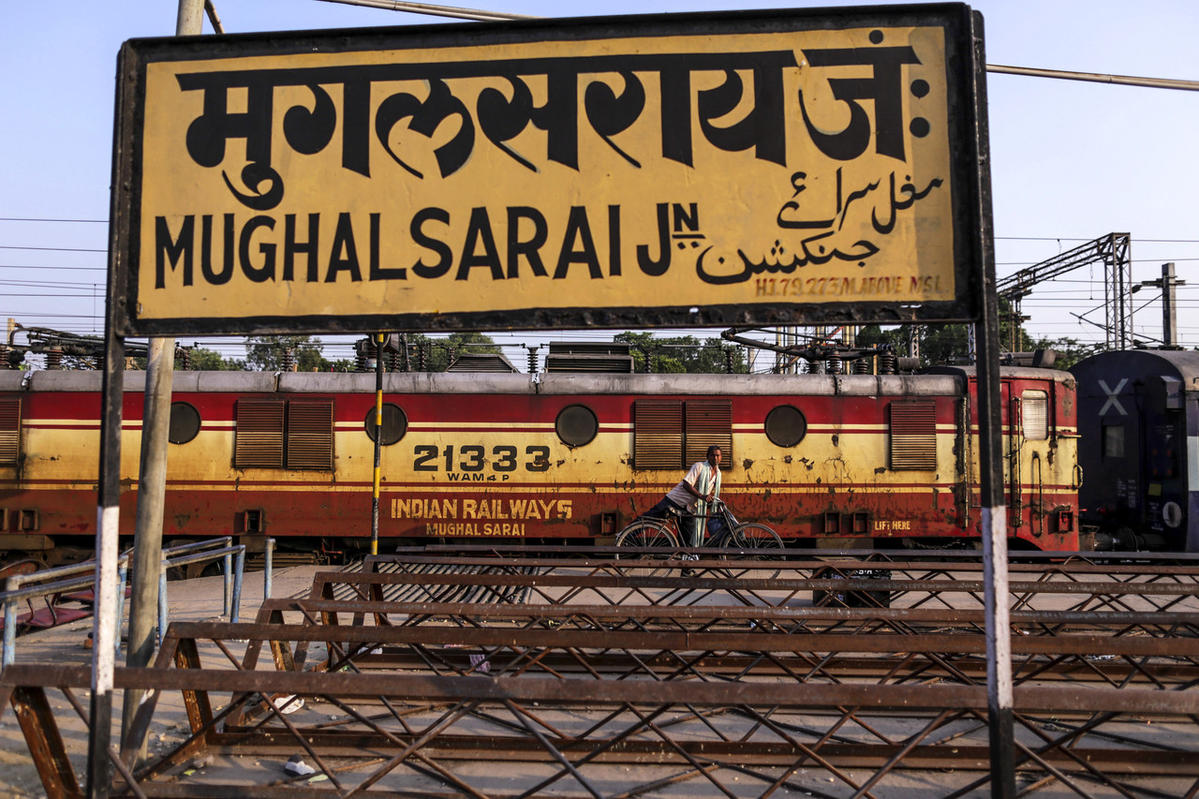 Mughalsarai Junction was a name that reminded us of the rich cultural traditions of India which prided in multiplicity of faiths and values without ever feeling insecure of its own foundations but as the recent rulings order the station to be renamed we shall doubt whether the land has so readily lost its multicultural character?

Sreenivas Rai is a Historian, based in Birmingham, England.

Mughalsarai is a well-known town in Uttar Pradesh near Varanasi. It is also known to have the fourth busiest railway junction in India. In recent days when the proposal to rename the station after rightist ideologue Deendayal Upadhyaya has been approved both by the central and the state governments it is perhaps the ripe moment to recall the history behind the name Mughalsarai and why trying to do away with it has many political moorings.

It is indeed fascinating to learn  how this place came to be known as Mughalsarai and how eventually it turned out become such an important junction and township. During the days of the Mughal Raj in India various Mughal people used to travel from East/South-East India towards North India via the Grand Trunk Road built by the then Mughal Ruler Sher Shah Suri. Since that road went from Decca(now Dhaka) to Peshawar, it’s route was via Calcutta-Mirzapur-Cawnpore-Delhi-Umbala-Amritsar-Lahore. Thus many of these Mughal caravans were accustomed to stopping at a particular place between Chanduali Majwr and Jeonathpur.

Being a place also having direct access towards Benaras in Vyasnagar direction, it was the locals of the area who named that place as Mughalsarai. The word came out of two words Mughal and Sarai and the word Sarai referred to an Inn (an accommodation for the night) Thus the name Mughalsarai connoted an inn for the Mughals.

This place called Mughalsarai has two other relevant historic memories too. The first being that India’s first Prime Minister Lal Bahahdur Shastri was born here and second that it was at this very station that Deendayal Upadhayay died under mysterious circumstances in 1968. Now after several years post the mysterious death of Upadhayaya; the ruling party has decided to set the record right by wanting to rename the historic station after its revered ideologue.

We must know that India is known to have a history of cultural exchange and contact with diverse cultures and communities and thus this should have enabled India to have a democratic, cosmopolitan, open-minded and progressive relationship with people of diverse faiths and beliefs. This forceful and unnecessary renaming of the station points out to the desperate political need felt by the ruling party to completely erase all traces of Mughal history from the country. From renaming of roads in the capital city, to rewriting textbooks in history to changing the names of town and cities it would be interesting to note the desperation of the ruling party. We know that the forceful renaming of towns and cities has never worked but needless to add the ruling forces across various junctures in history have always adopted this policy to reassert their hegemony.

Even cities like Aurangabad were named after the emperor Aurangzeb during his emperor-ship but at the same time many like Allahabad continued to retain their original names. Thus what we must understand is that although naming and renaming is not new what is worth our attention is how these names are chosen and what the motive behind them really is.  Here certainly the attempt is to erase any trace of Mughal touch to Indian history and establishing an undisputed Rightist-Hindutva hegemony over India’s cultural past. It is only ironic that they assume a mere renaming will rewrite the pages of history or even marginally alter it! It is also tragic that instead of cultivating an enriched, mature perspective of history we are so parochial, narrow-minded and xenophobic. It is difficult to imagine that even after seventy years of Independence we are still insecure about who we are, why we are and what the future that we are building for ourselves is. These are the times which only reflect our decadent society.

Shrouded in Pollution and Bureaucratic Neglect, Will the Taj Mahal be saved?