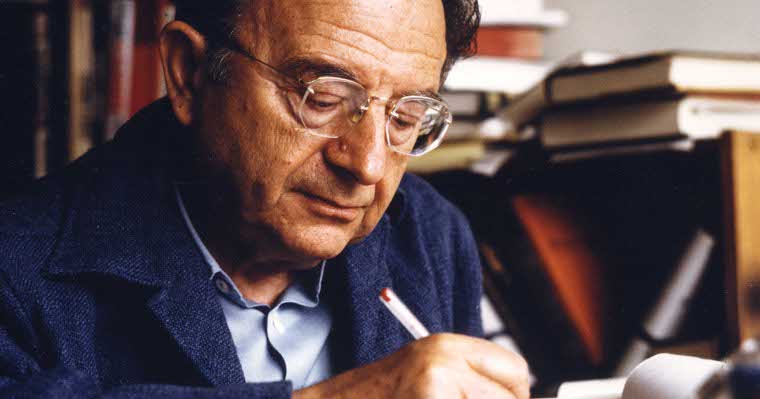 We must arrive, then, at first conclusion: In contrast to the generally accepted view, modern man is basically very helpless in relation to his world.

He only appears powerful because he dominates nature to an extraordinary degree. But this domination is almost completely alienated; it is not the result  of his real human powers but of the “mega machine” which enables him to achieve much without doing much or being much.

Thus modern man can be said to live in a symbiotic relationship with the world of machines. Inasmuch as he is a part of them, he is – or appears to be – powerful. Without them, standing by himself, using his own resources, he is s powerless as a little child.

That is why he worships his machines: They lend him their strength, they create the illusion that is  giant, when without them he is a cripple. When man in other ages believed that his idols gave him his strength, it is pure illusion, except that he projected his strength into the idol and received some of it back in the worship of it. In the worship of the machines it is basically the same. To be sure, Baal and Astrate were only what man thought they were; the idols were, as prophetic critique put it, nothing but pieces of wood or stone, and their power was exclusively that of man’s having transferred his own power to them and getting part of that power back from them. Machines, however, are not mere ineffective pieces of metal; they do create however, are not mere ineffective pieces of metal; they do create a world of useful things.

Man is really dependent on them. But just as with the idols, it is he who have invented, planned, and built them; they, like the idols, are the product of his imagination, of his technical imagination, which, coupled with science, has been able to create things which are realistically very effective –yet which have become his ruler.

According to legend, Prometheus brought man fire, in order to liberate him from the control of nature. Man at this point of his history has enslaved himself to the very fire that was to liberate him. Man today, wearing the mask of a giant, has become a weak, helpless being dependent on machine he made , and the society that that produces, frightened to death of losing all the props, of being “ a man without rank and without title,” of just being, of being challenged by the question “ Who am I?”

In this summary, modern man has many things and uses many things, but he is very little. His feelings and thinking processes  are atrophied like unused muscles. He is afraid of any crucial social change because any disturbance in the social balance to him spells chaos or death – if not physical death, the death of his identity.