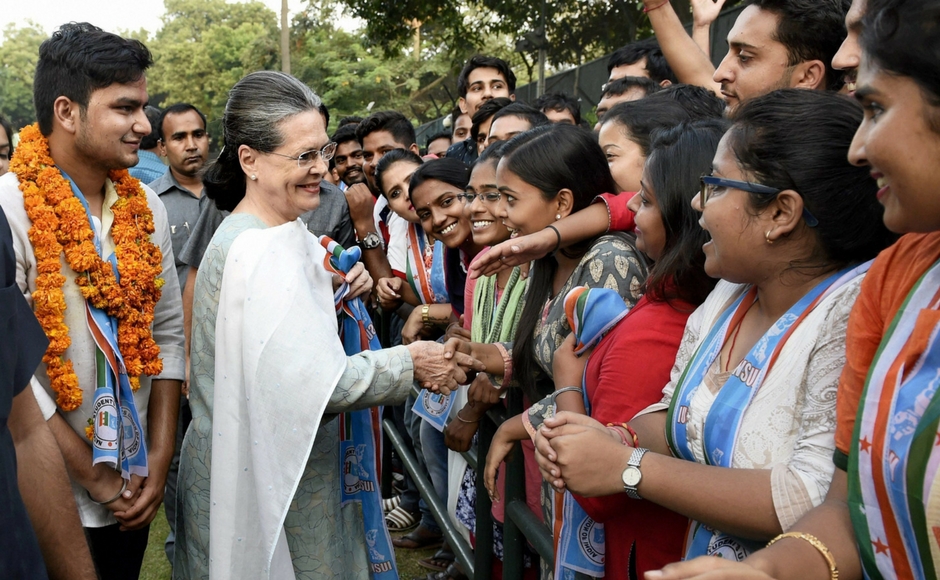 On Wednesday the results of the DUSU elections surprised the nation as after four long years the NSUI won the top posts. Do these results reveal the popular disillusionment with the rightist forces or is this merely a victory by chance?

The recent student’s elections in Delhi University proved to be a true game changer for the Congress supported NSUI front. After its country wide debacle and an often expressed decline of the party’s popular appeal, this time we once again see the reassertion of the congress ideology.

The Congress student wing National Student’s Union of India(NSUI) made a surprising comeback in the DUSU elections this year by winning President and Vice President posts. This meant a severe blow to the ABVP which had been winning these posts for the last four years. The results of the elections are particularly significant as they reveal the decline in the popular appeal of the right wing forces on campus.

The recent defeat of the ABVP in two major campuses of the country JNU and DU surely speak loud and clear of the resurgent popularity of the liberal ideology among the student community. The result of the DUSU election is of greater significance because this has been a stronghold area of the ABVP since the last four years. Given the intensity of its campaign and its past records it was widely predicted that it would leave its opponents far behind in the race but the results on Wednesday took all by shock. Perhaps the results reveal much deeply about the changing waves in the country and its repercussions on many among the student community.

In many ways it acts as a mandate against the hegemonic dominance of the right wing establishment and its failure to saffronize all campuses across the country. This is evident because earlier in the year elections in university campuses in Rajasthan and Punjab too have shown the massive defeat of the right wing politics and the comeback of the Congress ideology. As jobs are shrinking, freedoms are being curtailed and economic policies are causing adverse reactions perhaps the time has come when the ordinary people of this country are choosing to contemplate upon the dismal state of affairs.

The point that remains to be seen is whether the choice of the congress ideology over that of the BJP had really been significant in the sense that it allows some critical changes to occur in the fate of the nation and in the lives of its ordinary citizens too or whether this is just a superficial change on the mere surface of Indian politics. The change and shuffle between two political parties which are the dominant voices in Indian politics has often meant that in the name of democracy we are made to settle down with the lesser evil instead of being able to exercise any real choice in terms of leadership.

It is in this context that The New Leam urges its readers to transcend the rhetoric and propaganda machinery and to think and reflect for themselves the implications of the overwhelming victory and whether this is likely to initiate a counter culture in Indian politics.