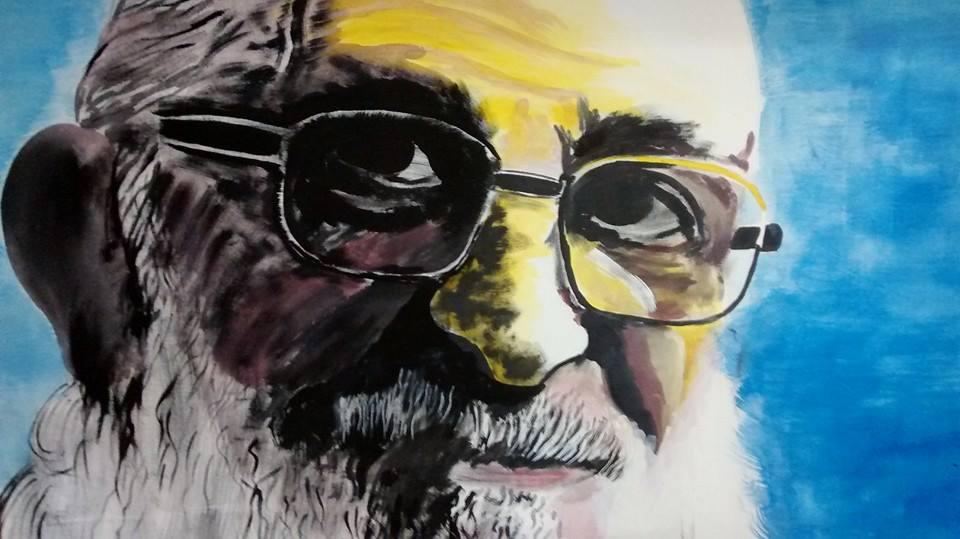 Paulo Freire occupies a significant place in any discussion on critical pedagogy. Here is a piece that explores the relevance of his ideas in our times.

Ananya Pathak is the Feature Editor of The New Leam.  She has completed her post-graduation in Political Studies from Jawaharlal Nehru University, New Delhi.

Paulo Freire occupies a very important place in the realm of critical pedagogy. In fact no meaningful discussion on critical pedagogy is possible without taking into account the enormous contribution of one of its key founders, Paulo Freire.  The legacy of his work stands testimony to the great pedagogical project that he devoted himself to so passionately for the larger part of his life. If one were to pinpoint the agenda of his project then one would discover two very distinct qualities of the pedagogy that he imagined and propagated.  The first amongst these was the cultivation of a free consciousness amongst young learners and the second was the inculcation of the capacity in them to understand and identify authoritarianism, socio-culturally embedded power relations and therefore be quipped both in terms of theoretical as well as pragmatic knowledge to lead a meaningful life as individuals . He believed that when both these dimensions were taken up as central to the agenda of education then the struggle of the individual and that of the broader social group towards democracy and justice merge into a collective movement.
What makes Freire’s contributions even more worthwhile is the fact that he was not only a theoretician but also an activist who played a very important role in widening and spreading of the very successful campaign for literacy in Brazil before the military succession of the state in 1964. Freire was imprisoned for his revolutionary ideas for a short time and then exiled to various different countries from Chile to Switzerland and Geneva. After the restoration of a moderate democracy in Brazil he returned to his homeland and again made a very important contribution in terms of formulating and working on its educational policies until the time he died in 1997.

Paulo Freire’s book The Pedagogy of the Oppressed is even till date considered one of the most classic texts in critical pedagogy influencing many generations of pedagogues and learners across the globe. Paulo Freire’s extensive contribution to the field of education and most importantly towards the development of a critical thinking, questioning and democratic notion of pedagogy becomes of great relevance in times like ours where the educational sector is fast transforming into a gigantic corporate machine that discourages the culture of critical learning and imposes the hegemony of market centric/ technical knowledges alone. It is a time when institutions of public and higher education are increasingly under siege by a host of neoliberal and conservative forces, it has become imperative for educators that they acknowledge the liberating potential of education.  We witness how the market driven logic of neoliberal capitalism continue to undermine and devalue several aspects related to the larger public interest, the immediate outcome of this is often that the educational concern with excellence has been removed from matters concerned with equality, while higher education that was once conceptualised as a higher good has been stripped of its collective meaning and reduced to a private good. Today the major universities across the world have become training grounds that impart the skills and knowledge to serve the needs of global capitalism. On the other hand, higher education has fallen prey to the forces of privitalisation, commodification and standardisation.  Thus very little attention is paid to understanding or practicing theory as a way to freedom or even a method of inculcating the foundations for critical thinking and public consciousness. Thus instead of the liberating potential of education its ability to serve the job market and deliver economic security to its participants become the central concern. Also, the empowering potential of pedagogy is replaced and even oppressed under the pressure of the narrow regime of ‘career centric/job cantered’ training coupled with very hard-core disciplinarian structures if social control. Thus teachers are often reduced into nothing more than specialized technicians  and are denied all sense of creative agency be it in the classroom or in thee policy matters of the school or university as a site of learning. As a result of the bulldozer effect many classrooms across the world now look like ‘graves’ where each day critical thinking, contemplation and enthusiasm to learn is murdered. What is evident then is that there is little or no interest in reviving critical pedagogy as an agent if social emancipation and building up the foundation of higher education as a completely civic and political endeavour that creates the adequate structures for the project of individual autonomy and helps people across communities to see liberation and the practice of freedom as shared and collective goals.

Quite contrary to this practice of education distanced from critical thought and practice Paulo Freire visualised an education that equipped the individual not only to  cultivate a consciousness that recognized oppression but also one that took as its central agenda the creation of a society based on the ideology of collective freedom and emancipation. This meant that Freire’s idea of an emancipatory education clearly had much in difference with what he labelled as “Banking education” which generally meant ‘scientific’ education that is bereft of any scope of critical thinking and imposes upon the learner a sense of passive consumption where she is never a co-creator of knowledge.

For Freire education was part of the greater project of freedom in its broadest sense. He also argued that this kind of education would necessarily be ‘political’ because it would allow scope for reflection, self-governance and evolve in learners and participants a sense of agency rather than helpless passivity. He kept emphasising in both his actions and writings that education as a holistic process could not be divorced from the practical lives that people lived as members of the community or the nation. Thus for Freire pedagogy was inherently related to social change, its purpose was to open the eyes of the learner and help them to think critically and engage with the world as active participants. For Paulo Freire education was not just a means of preparing students for careers or mechanical labour but an orientation for leading meaningful lives. He also kept emphasizing that a person must learn self-management as a result of education. This self-management could however be realised if three subsequent processes took place: self-reflection, a realization of the various processes around oneself that act as oppressors and finally the process of becoming capable of producing the conditions where critical consciousness becomes the way that life is lived on a day to day basis.

What makes Paulo Freire’s Pedagogy of the Oppressed great and ever green is that it is not merely a treatise on the methodology of education or an index of the techniques of teaching. Rather Freire emphasised that pedagogy is both a political and a moral practical that gives learners not only the knowledge and skills but also the means to be critical citizens of a vibrant democracy. Thus it was critical pedagogy alone that could give the learners the opportunity to learn the art of reading, writing and thinking so that they could find their own individual agency.  Opposed to the traditional notion of education as something achieved by rote learning, critical pedagogy spoke of the learner as a thinking being whose consciousness must be developed for the greater good of the society.

Critical Pedagogy for Freire was about rethinking education and looking at it beyond specific skills or techniques as a way of learning and reading about the world as the ground for transforming it. It was just not confined to rote-learning, mechanical memorization of hard facts and a robotic interaction with the world of ideas. On the contrary, it referred to an epistemology of learning and thinking that went beyond these and engaged and delved deep into a critically rich interaction with the world that would also challenge the oppressive structures of the present context.

Like another great mind Theoder Adorno Paulo Freire was against the degradation of education into a device for feeding the market. He condemned and wrote extensively on the instrumentality of education and how this was killing critical thinking among generations of young learners across the world. Critical Pedagogy for Freire was a task that involved both the mind and the heart, which meant that it was impossible for one trained in critical pedagogy to remains cut off or aloof of the world that lay outside. It was precisely an individual trained in critical thought who would be able to look at society as an agent of change rather than merely a passive observer of its institutions and structures. In the context of thee contemporary neo-liberal age it is important to assert that Freire was against the modes of pedagogy that supported economic models and modes of agency in which an individual’s freedom is reduced to consumerism and economic interventions are freed from any other criteria of validity other than the pursuit of monetary profits . This culture of mechanical reproduction denied humans their dignity, their intelligence and thus produced as Freire would suggest generations of expanding masses of ‘wasted individuals’.

After the above discussion it is therefore not very difficult to see why in the age of right-wing assertion in politics the practice of critical pedagogy is ruthlessly denied its place. Critical pedagogy grants education it’s most meaningful purpose and thus cultivates individuals who have a distinct thinking, question the status quo and embark on journeys of social transformation. No doubt along with the right wing other social pressure groups such as the private sector and the conservative extremists are quite uneasy with its propositions. These groups are well aware that Critical Pedagogy would threaten their very presence by laying emphasis on critical judgement and social responsibility thus enabling individuals to break free from their comfort zones and challenging social inequalities overtly.

Critical pedagogy enables individuals to question the deeply embedded culture of social inequality, injustice and oppression and gives them the skills to expand their capabilities as active citizens of the society. It helps them shift roles from passive witnesses to active participants intervening in the world they inhabit. In recent times the attack on our public universities, the fragility of the Indian educational landscape and the constant propaganda of the state machinery to kill all possible avenues of critical/creative thought are nothing but reminders of the significance of Paulo Freire’s contributions to the history of ideas. Paulo Freire is a thinker whose relevance is never going to diminish, he will remind us again and again that as learners, pedagogues and members of the social world we must demand the right to Critical Pedagogy, without which our futures are condemned to remain bleak.

Aronwitz, Stanley(2008), Against Schooling for an Education that Matters. Bouder, CO: Paradigm Publishers