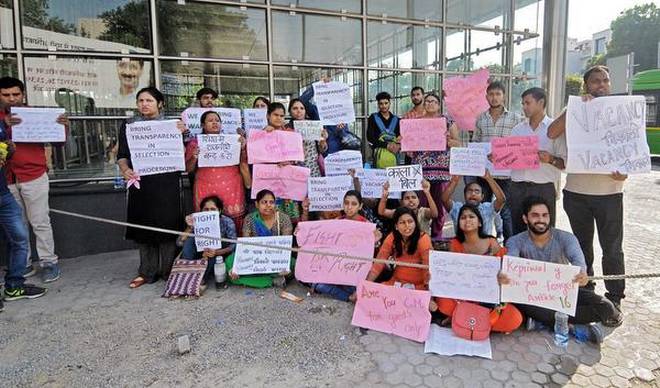 Teachers in government schools often work under difficult circumstances compelled to fulfill both teaching and administrative work. They are often denied adequate pay and infrastructural facilities; amidst these conditions a bill that provides them vocational security and dignity is an utmost necessity.

On Wednesday the Delhi Assembly passed a Bill giving government school guest teachers permanent jobs, but it now seems that the path towards implementing this legislation could be difficult as well as thorny. What has added to the problematic nature of the matter is the fact that Lieutenant-Governor Anil Baijal has termed the subject matter out of the Assembly’s “legislative competence”.

A week post the time that the Cabinet approved the draft of the Bill on September 27, Deputy Chief Minister and Education Minister Manish Sisodia tabled the Regularisation of Services of Guest Teachers and Teachers Engaged Under the ‘Sarva Shiksha Abhiyan’ Bill, 2017 in the House. It was being expected that the bill will benefit about 15,000 guest teachers. However the Bill led to a heated debate between the Aam Aadmi Party and the BJP, with each side accusing the other of a halfhearted will to help the teachers. Although there are about 17,000 guest teachers currently engaged, the Bill covers only about 15,000 who have been engaged for a period of 120 days after April 1, 2016 and comply with the educational qualifications needed. On Tuesday, Mr. Baijal wrote to Chief Minister Arvind Kejriwal asking the government to think over and re-consider the Bill as it had not been vetted by the Law Department. Mr. Baijal had said that the subject matter was related to services, which are directly controlled by him and not the elected government. With referring to Mr. Baijal’s letter, Mr. Sisodia told the House that the Cabinet met before the session on Wednesday afternoon to consider the L-G’s arguments. But, he said, the Cabinet had decided that the matter pertained to education, which was to be in the elected government’s jurisdiction.

The question worth asking here is why the Bill was not vetted by the Law Department?  In response to this question the answer that is being argued is that it is not really a Bill, but more like a resolution of the government. Putting an end to the debate, Mr. Kejriwal said that the Bill would give “respect and security of job” to the teachers. He added that the BJP did not want to implement the legislation. “We think that this is a matter of education and we can pass a Bill on it. If you [BJP] say that this is a matter of services, which is under the L-G, then you have it passed by the L-G, who was appointed by your party,” said Mr. Kejriwal.

As the CM challenged the Opposition to support the Bill, it led to a heated exchange of words and ellegations and the BJP MLAs staged a walkout. The House then proceeded to pass the Bill.