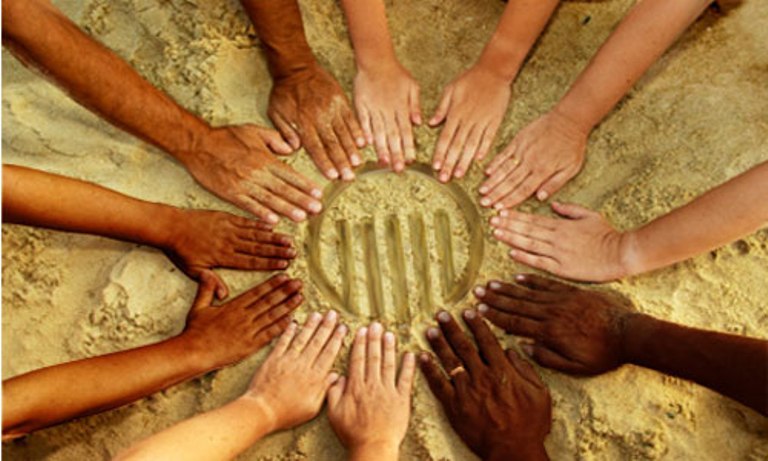 In this thought provoking article the author has reflected on pluralism and dialogic education.

Dr. Rudolf C. Heredia is a distinguished sociologist working in the field education, culture and politics.

In the Durkheintian sense it is through education that a society “creates the conditions of its very existence”. This implies two basic functions for education. Firstly, that of transmitting an institutional heritage across generations as an agency of socialisation. This is the conservative function of education. And secondly, transforming this heritage through critique and creativity. This is the progressive function of education In a more stable social context it is the first that will be emphasised, while in a society subjected to change and development it must be the second. However, both functions are necessary for the survival and development of any society, but to which of these should education in India tilt?

In the Indian context the role of education has been long debated. The old consensus expressed by the Kothari Commission in 1966 of “Education for Development”, has in practice given way to education for upward social mobility, whether this be in response to individual or for group claims. Today however, educational policies and the understanding of national development itself is being contested by a broad spectrum of groups: ethnic, caste, religious, cultural, linguistic,<.. while upward mobility has become a free for all, no holds barred contest. In this context a more basic and prior consensus seems necessary for any feasible education policy. Education for pluralism would seem to be the only viable alternative for the scale and depth of the diversity in a society such as ours. Yet the relationships between a national education system and local educational institutions become extremely problematic in a structurally segmented and culturally diverse multi-ethnic society. In the Indian context, with education in the “Concurrent List”, i.e. it is both a central and state government subject how must educational policy reflect this Centre-State balance?

Most modern societies are inevitably plural because of their complexity and scale. But plurality has characterised other societies including traditional ones. Plurality implies separate and distinct social groups coming together in some kind of more inclusive social order. We can distinguish two dimensions to such plurality. Structural plurality implies “a social structure compartmentalised into analogous, parallel, non-complementary but distinguishable sets of institutions”. (Van den Berge 1969: 67) Cultural plurality implies different cultures or sub-cultures with their distinctive individual and collective identities within an over-arching civilisational unity, where distinctive identities are contained in a larger, layered one. Structure and culture are necessary dimensions of any institutional system in society. Hence both these dimensions will be present in any plural or composite society. However, in a particular context one or the other may be the more pertinent. Thus in the “mature Western democracies” plurality is more structural, whereas in post-colonial societies, especially in South Asia, plurality is quite decidedly more cultural. And more often than not it is the cultural dimension that is more resilient in the segmentation and compartmentalisation of a plural society. However, there is an obvious interaction between the two. On the one hand, it might be easier to work out unifying structures when there is cultural consensus, on the other, it might very well be that the functional integration of structures might in fact bring about greater cultural consensus. But once again in particular contexts one or the other may be the more problematic. The implications of this interaction for educational policy in a plural society needs to be further probed.

Now if group diversity is one pole in a plural society, then a more inclusive unity, that holds these together will be the other. Without the first there would be no plurality, without the second there would be many single, not one composite society. Moreover, this larger unifying social order will also have a structural and cultural aspect. Structurally it is often the market and the polity that integrates diverse groups in common social order. Culturally a common religion, language or older tradition can become the basis for a more inclusive civilisational unity. We need to further explore how far such structural and cultural plurality pertain to Indian society. Often the tension between these two polarities of unity and diversity has been dealt with by emphasising one and abandoning the other. Thus homogenisation is often seen as a solution for a plural society, imposed by an authoritarian government or a hegemonic class or group, sacrificing other minority groups. The history of the nation states provides ample evidence of this. On the other hand diversity could be permitted to a point where segmentation and compartmentalisation into groups can no longer be contained under an over-arching social order, so then these groups begin to seek their own separate and distinctive collective destinies and identities. The Balkanisation of empires can be instructive here. Both these approaches ultimately amount to a negation of plurality, though they seek the resolution of the unitydiversity tension in different directions. Pluralism, however, seeks to resolve this tension differently. While unity in diversity was once official policy in India, today pluralism is under a menacing threat.

One viable way of coping with plurality would be within the politics of recognition (Taylor 1992: 25). This involves both the politics of universalism and the politics of difference. The first is premised on human rights and the equal dignity of all citizens, and therefore is committed to enforcing equal rights for all. The second is premised on cultural rights, and is responsible for ensuring the unique identity of each cultural group. In the first individual rights, in the second collective ones are privileged.

Pluralism then is a way of coping with a plural society, that attempts to reconcile the polarity between universalism and particularism by affirming both: an “equal dignity” for all citizens, and an “unique identity” for each group. Such pluralism must be founded on a deep and comprehensive understanding of tolerance, as the basis of a workable “politics of recognition”, that includes the “politics of universalism” and the “politics of deference” (Taylor 1992). But then again only to the extent that such identities are defined positively and inclusively and not negatively or exclusively is any reconciliation for real tolerance possible. This is really the only viable option in a society as resilient diverse as ours.

In a complex society pluralism must be founded on a fined tuned understanding of levels of tolerance and the limits of intolerance. Here following Panikkar (1983: 20-36) the levels of tolerance can be distinguished: pragmatic : the pragmatic necessity for a practical adjustment between opposing positions is chosen as the lesser evil. intellectual: the intellectual realisation of our own human limitations opens us out to the need for others, however different they might be. ethical: the moral obligation not to harm but to be just and fair to the others.
spiritual: reaching out to the other in a mutual enrichment to both.
There is here a continuous spectrum in the various levels of tolerance, from calculating the pragmatic limits of intolerance, through an intellectual realisation for the need, and an ethical obligation for the practice of tolerance, to a spiritual celebration of the enrichment of diversity. Now any understanding of tolerance that does not consider how limits must be set to intolerance would be impractical and naive. Hence we must set the social context within which tolerance at any level functions, if indeed, we are to be able to cope with intolerance. For this some defining parameters must be effective both for individuals and for groups if tolerance is to be a viable social option in a plural society and not hijacked by cynical and chauvinistic intolerance; social equality for all; distributive justice across every social divide; fundamental freedom, political, religious, cultural, and peoples’ participation.

A Pedagogy of Tolerance

Any pedagogy premised on tolerance must be non-violent and a negation of the “pedagogy of violence” (Lele 1995) that promotes a politics of hate. Moreover, it will be a tolerance founded on a culture of dialogue as opposed to the “culture of silence” (Freire 1972) that results from the politics of domination. Non-violent pedagogies of tolerance can be spread across the spectrum of the various levels of tolerance that have been distinguished earlier. Obviously such pedagogies have to be worked out in detail, only general indications are given here. At the pragmatic level it would be pedagogy of adaptive coping and creative enabling. This would have to include intellectual skills and emotional discipline. At the intellectual level it would be a pedagogy of enquiry and discovery. The scientific methodology and the rationality it implies is a good illustration of this. Morally it would be a pedagogy of freedom and responsibility. Interpersonal encounter and social involvement can provide the context here. Spiritually it would be a pedagogy of love and celebration. For this our rich religious and spiritual heritage can be drawn on and adapted for a contemporary context.

Corresponding to the levels of tolerance, one can distinguish degrees of dialogue premised on different understandings of the self and the other and the encounter between the two. Thus at the pragmatic level of tolerance the other is perceived as the limitation of the self. Here dialogue becomes a practical way of overcoming differences, rather than confrontation that could result either in the assimilation or in elimination of the other. At the intellectual level, where the other is seen as complementary to the self, dialogue seeks to overcome the limitations of the self with help of tin other rather than instrumentalise the other in the pursuit of self. At the ethical level the self accepts moral responsibility for other. In this dialogue than the self will reach out to the other to establish relationships of equity and equality. At the spiritual level, the other is perceived beyond a limitation or a complement or an obligation, but as the fulfillment of the self. Here dialogue would call for a celebration of one another.

Evolving such pedagogues, that would correspond to these various kinds of dialogue at the varying levels of tolerance, cannot evade the question of what is to be tolerated. For at various levels in a given social context the substantive content of tolerance will be culturally constrained and described. This would demand a discussion beyond the limitations of this essay. But some indication of the general contours of such a requirement can be listed. More generally, then, a non-violent dialogic pedagogy of tolerance must be founded on a sensitivity to the other that expresses itself in the multiple ways in the diverse arenas of social encounter such as, a non-dogmatic religious openness, a positive appreciation of other cultures, a facility with languages other than one’s own, equitable gender relations, egalitarian group rights, fundamental individual rights, ecological sensitivity….to mention but a few.

(A Synopsis of a presentation made for a seminar on “Ethnic Interventions in Education: Problem and Prospects” at the TISS, Mumbai. 15-16 Feb. 2000).