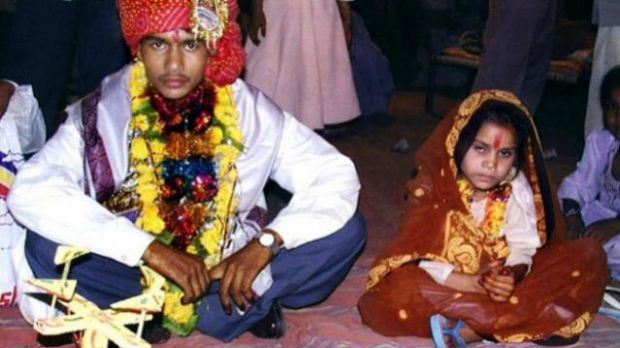 Child marriage is a social evil that despite legal steps continues to haunt Indian society. The landmark judgment of the Supreme Court that designates sexual intercourse below the age of eighteen years as rape may be a fruitful turning point towards the eradication of the social evil. But will legislation alone be able to transform our collective outlooks?

This judgment could play an important role in the eradication of child marriage and infant death in the country. But what remains to be seen is to what extent tradition bound Indian society will be prepared to take these changes against social evils.

Since 1978, the minimum legal age for marriage has been made 18 for women and 21 for men. But how effective has the legislation been and what kind of larger impact it has created in the country is subject to examination. As much as 30% of the female population was married before 18 in 2011; the number was 119 million in 2001 (44% of female population), a decrease of 14 percentage points over the decade.

There are many factors involved in child marriage in India. We can’t evaluate only on the basis of caste, class and economy. It is very easy to find a couple below the legal age in regions where people are economically developed or belong to high caste. Here controlling girls and women’s sexuality is an influential factor in the practice of child marriage too. Pressure towards early marriage aims to minimize the dishonor associated with improper female sexual conduct, often leading to marriages arranged around the time of puberty.

Economically weak communities are largely involved in child marriage.  Because of social constraints like dowry and marriage expenses creating a lot of burden on parents.  And only marriage transfers the responsibility to her new husband.   These social conditions make poor educational opportunities for girls in all over the country.

As many as 5.4 million (44%) married children under ten were illiterate, 80% of them female, indicating how lower levels of education correlate with early marriage. Social and economic backwardness and lack of education and awareness have collectively led to the aggravation of the problem despite legislations.  What we must acknowledge is that a holistic step towards the eradication of child marriage will involve thorough legal mechanism accompanied by awareness programs for social emancipation. Collectively these shall help us come out of the social evil of child marriage.