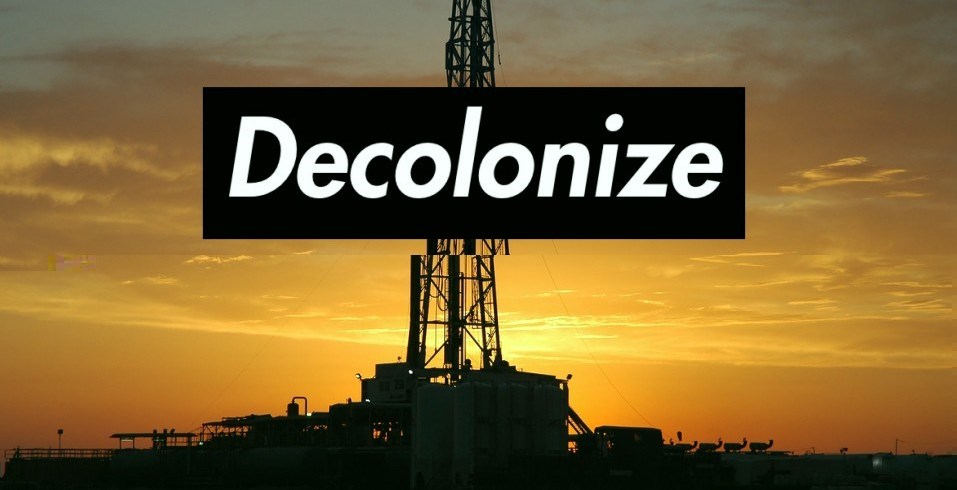 The New Leam is starting a new column DECOLONIZE which will delve into the many contributions of the east in the fields such as education,philosophy, literature and the arts which will enable us to rediscover a treasure trove so far buried under the burden of our Eurocentric definitions of knowledge and philosophy. 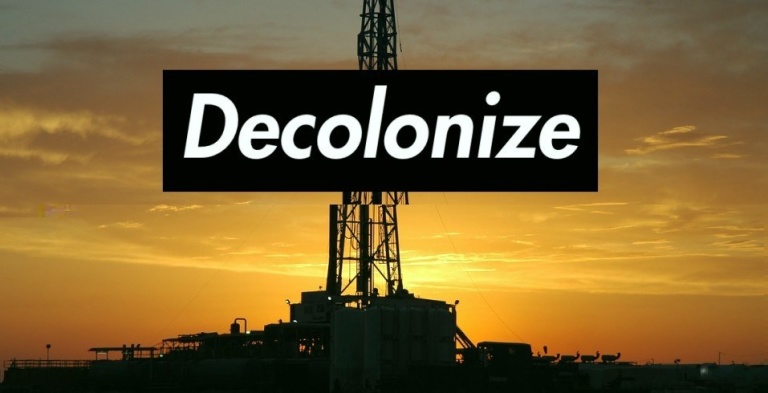 Anti-colonial struggles in the erstwhile colonised world meant that the oppressive tendencies of subjugation, suppression, violence and complete denial of all the cultures, values and traditions held dear by the colonised people was going to be radically replaced by a renewed sense of dignity and empowerment among the newly independent states so that they could once again find meaning in their own practices and cultural roots and at the same time develop indigenously acknowledged mechanisms to do away with all the malpractices that may have been ruining the social fabric from within such as certain dogmatic religious/traditional practices, operative prejudices against certain sections of the society and so on and so forth. This implied that the colonial encounter simultaneously gave birth to two distinctive yet deeply interrelated practices among those who were earlier colonised.

The first is the often reiterated but little understood dimension of the need for recovering the lost pride and healing the wounded consciousness that the colonisers had left behind among the colonised. The challenge was here to delve deep into one’s own roots and to therefrom rebuild the conviction and faith that not all was necessarily wrong with native traditions and that the west could not be the singular or the only model of progress or wellbeing.  This was indeed an extensive and severely difficult challenge because on it was dependent the development of self-worth and confidence without which no nation could be built.

The second aspect of the colonial interaction was that it brought the native communities that were colonised face to face with a drastically different culture with which it shared hardly any similarity be it in terms of culture, tradition, language, religion or morals and ethics. Standing confronted with a context so distinctive from one’s own meant a realisation of the weaknesses of one’s own practices and thus a process of inner churning attempted towards social transformation was set into motion. That is why in societies such as the Indian we witness a whole range of social movements that resulted from this process of retrospective questioning and that altered the face of traditional religious practice forever; targeting its superstitions, dogmas, unjust practices against the women and the vulnerable and so on.

Looking back at the interaction between the coloniser and the colonized today what one sees is the complex interplay of self-discovery and internal critique.  It was never a unilinear process or one that was one-sided or solely hegemonic rather when one tries to delve into its distinctiveness one discovers immense possibilities in that interaction and even witnesses how important a catalytic role that interaction played in shaping both the contemporary west and the east.  Given this context we come to realise how this potential of simultaneous self-discovery and self-reflection carried as it could give birth to a radical turnover of civilization giving it a renewed and vibrant colour.

We know however that the way historical processes unfold in the world is beyond determined laws thus what we witness in the contemporary scenario is that the potential that the colonial interaction left us with has not been harnessed enough or at least to its optimum potential. What I mean is that while there has been a rigorous critique of the malpractices and archaic/oppressive/feudal values of our own civilisation which was an extremely important dimension the process of civilizational self-discovery and the realisation of an alternative yet equally important notion of ‘progress’, ‘modernity’ or ‘development’ which was expected to have come from the erstwhile colonial societies failed to make its mark.

The intricacy of the debate lies in the fact that as in when there was a moment of revisiting the traditions, religions, cultures or languages of the civilization it came from the blindly revivalist or those considered the aggressive patrons of orthodoxy and parochial practice. Thus when they revisit the ingenious it is with closed eyes and with a sense of uncritically or sensitive vision. We can see the reassertion of this tendency in our times in the form of aggressive nationalism. This certainly is not in the truest sense a process of self-discovery. In the absence of any true voyage to self-discovery we witness how even in our contemporary academic discourses we treat all knowledge as if perennially flowing from the western source be it philosophy, literature, economics, sociology or feminism- we seldom try to discover the creations that were born in our own civilizations and even when we do we do not attain the confidence to claim it publically or consider it at par with the achievements of the west.

Thus the very definition of knowledge, of research of reality that we worship is extremely Eurocentric in approach and does not allow the possibility of any alternative discourses from civilizations such as India to be considered of any importance or to be studied with scholarly pursuit. Ironically our own lack of confidence and weak self-worth have neither allowed us to discover the alternative voices buried in our own civilization neither have we with the power of modern western discourse taken it to the world beyond our own national boundaries. We have continued to be victims of a notion that we produced no theory, no research and no logical study of society and that all these branches of modern knowledge came from the western mind- there is perhaps really no need to feel so defeated and worthless when we ourselves have never bothered to see our own contributions with any worth or even academic genuinely leave alone the west. The western notion of modernity or development or progress or knowledge is not the only one and many micro narratives or alternative discourse could be the east’s alternative to the global search for knowledge. We can revisit our roots without being narcissist or revivalist, without being blind to a myriad of discourses, without being aggressive – we need the opportunity and the sincerity to realise the self-worth that we seem to have lost. Academicians have had a major role to play in this and it is through a counter narrative that we wish to undo the historic mistake that we have so far been committing. To revisit critically, imaginatively and constructively this treasure of thought and philosophy that holds the potential to offer a perspective that is alternative, refreshing and counter hegemonic.

In-depth Review: J. Krishnamurti: A Life of Compassion beyond Boundaries