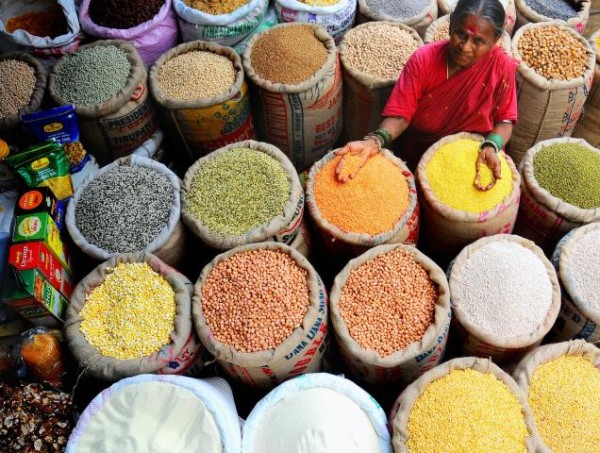 In the neo-liberal age where price rice is a constant threat especially for those living on the margins of society what is the potential of ration shops and to what extent do our nation-states really emphasize their adequate functioning and accessibility? The piece that follows takes this important concern into account.

The fair price shop dealers in Telangana are demanding a payment of Rs. 30,000 per month besides health cards, housing and insurance facilities. Further, they want the commission on a Kilogram of Rice to be increased from 0.20 paise to 0.70 paise. They argue that the income for FPS has dwindled over the years with the government cutting down the commodities given through ration shops and expenditure on shop rents, power bills, payment to the helper are steadily increasing. The Chief Minister of Telangana Sri K Chandrasekhar Rao is not only reluctant to favorably consider the demand of the dealers but has made a proposal to scrap PDS in favor of Direct Benefit Transfer (as reported in The Hindu dated October 24, 2017-Hyderabad edition). This decision is likely to affect over 1700 dealers across the state. A section of the dealers have threatened to go on strike from December 1, 2017, if the government’s move is not withdrawn. But there are more important questions to be answered: whether the government’s move is a well-thought decision or simply a reaction to the demands of the dealers?, is it likely to help the poor?, what is the experience of the households; where PDS has been replaced by DBT?

In the recent past the Government of Telangana has initiated a number of measures to strengthen the PDS. To eliminate bogus cards, food security cards have been seeded with Aadhaar numbers. To ensure that the ration reaches the genuine beneficiaries more than 1500 FPS in Greater Hyderabad, Municipal Corporations of Hyderabad have been supplied with e-POS device.   Further, to create healthy competition among the FPS dealers the facility of portability of Ration Card has been provided in these shops, which enables the beneficiary to purchase his ration from the shop of his choice. If the government’s move to scrap PDS was a well thought measure then where was the need to initiate these measures?

To overcome the deficiencies in PDS, DBT was implemented in Puducherry and Chandigarh from September 2015. The experience of the card-holders is not a pleasant one. Many of the beneficiaries were not having accounts and were not exposed to banking activities. Under DBT the beneficiaries are encountering many difficulties like long distance of banks from their houses compelling them to go either by auto or by bus and long waiting time at the banks due to overcrowding. To add to their miseries they do not know the timing of remittance of cash in their accounts. Some women respondents lamented that the cash is forcefully taken away by their husband/brother who are addicted to drinks. The card-holders informed that the material supplied under PDS earlier met their food requirement for 20 days in a month and had to depend on market to meet only 10 days requirement. Presently, the cash received under DBT Scheme is sufficient only to buy the food required for 10 days. In the light of the experience of the households under DBT Scheme, it appears that DBT Scheme is not a solution to the deficiencies in the existing PDS. The medicine seems to be more harmful than the disease itself. One cannot cut the head of a person to overcome his headache. In such a complicated situation, what is the way ahead?

In addition to the initiatives taken in the recent past to strengthen PDS some more measures are called for.

The proposed initiatives will go a long way in benefiting the poor.