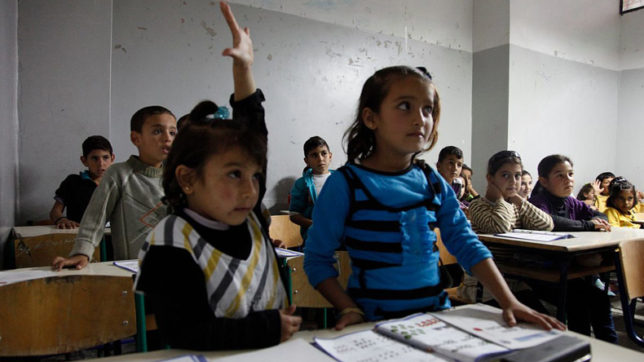 Children in Madhya Pradesh schools to answer roll call with ‘Jai Hind’ for the successful instillation of patriotism. Can compulsion generate heartfelt emotion?

Mark Johnson  is currently working as a freelance journalist – based in Pune.

We all know how important the school as a social institution is in terms of the function it serves both in the life of the individual and that of the society that he dwells in. Given the crucial role that an institution such as the school is expected to play towards the creation of a better society, what we cannot afford to deny is the fact that school ought to function responsibly. What is meant by this is that since the school is the first source of exposure for the impressionable mind of the child after the family and in many ways represents the microcosm of the larger world that the child shall enter as an adult- the school must understand its responsibility and show immense care towards its function and role.

When this does not happen then we begin to live in a context where fear, suspicion, prejudice and misconception are generated among young minds and when they grow up with these negative impressions the society as a whole is bound to suffer. Look how recently in order to instill a sense of patriotism among children the BJP government is Madhya Pradesh has made it compulsory for school children to answer their roll call with Jai Hind. The education minister of the state said that the present cult of saying yes ma’am or yes sir was futile and did not serve the purpose of instilling a sense of patriotism which is indeed the urgent need of our times.

The BJP government has already instructed the schools to hoist the national flag and sing the national anthem every day in school.  When one reflects on such a scenario one feels urged to problematize the issue on two important grounds the first is regarding the very meaning that we are associating with patriotism as a virtue and the second is regarding the compulsive way in which the state plans to make people love their own country. The school as a site for learning should encourage the spirit of questioning and critical inquiry, of exploration and exposure and the freedom to think, feel and behave in which one’s intellect and sensitivity both get flourishes. The child comes to school to develop the ability to think and develop a mind of his own, to learn of cultures and histories and above all to learn the art of reflexivity.

The child is bound to learn of the greatness of his own homeland and also about its weaknesses and likewise he shall learn the same about other cultures and parts of the world, why are we so insecure that after having learnt everything the child might not have sufficient love for his country?  Can patriotism be instilled by force and what is done under force is it really true respect for the nation? Can the school as the centre of knowledge or of learning be rescued from the hegemony of the given?  The oppressive apparatus of the state with its gigantic machinery compels pedagogues and learners into the desired mould but can education serve its purpose given these constraints? It is time that such moves by the state be contemplated and reflected upon with criticality and a concern for education as a liberating force.