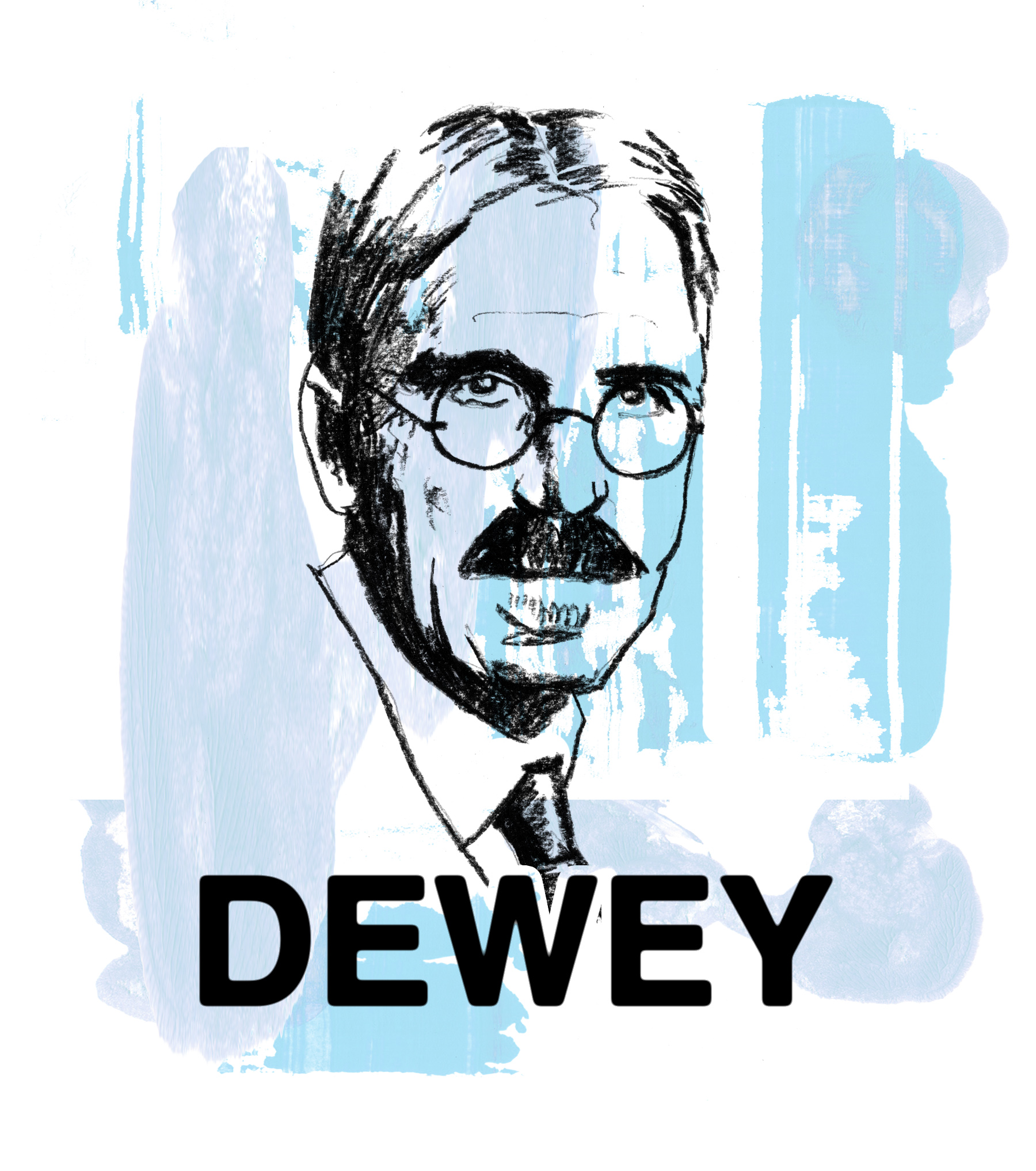 John Dewey was an American educational reformer and thinker whose ideas continue to be of relevance even today. He is often seen as a proponent of learning by doing rather than by passive reception. His radical ideas on education continue to inspire educationists all over the world even today.

Mankind likes to think in terms of extreme opposites. It is given to formulating its beliefs in terms of Either-Ors, between which it recognizes no intermediate possibilities. When forced to recognize that the extremes cannot be acted upon, it is still inclined to hold that they are all right in theory but that when it comes to practical matters circumstances compel us to compromise. Educational philosophy is no exception. The history of educational theory is marked by position between the idea that education is development from within and that it is formation from without; that it is based upon natural endowments and that education is a process of overcoming natural inclination and substituting in its place habits acquired under external pressure.

At present, the opposition, so far as practical affairs of the school are concerned, tends to take the form of contrast between traditional and progressive education. If the underlying ideas of the former are formulated broadly, without the qualifications required for accurate statement, they are found to be about as follows: The subject matter of education consists of bodies of information and of skills that have been worked out in the past; therefore, the chief business of the school is to transmit them to the new generation. In the past, there have also been developed standards and rules of conduct; moral training consists in forming habits of action in conformity with these rules and standards. Finally, the general pattern of school organization (by which I mean the relations of pupils to one another and to the teachers) constitutes the school a kind of institution sharply marked off from other social institutions. Call up in imagination the ordinary schoolroom, its time-schedules, schemes of classification, of examination and promotion, of rules of order, and I think you will grasp what is meant by “pattern of organization.” if then you contrast this scene with what goes on in the family, for example, you will appreciate what is meant by the school being a kind of institution sharply marked from any other form of social organization.

The three characteristics just mentioned fix the aims and methods of instruction and discipline. The main purpose or objective is to prepare the young for future responsibilities and for success in life, by means of acquisition of the organized bodies of information and prepared forms of skill which comprehend the material of instruction. Since the subject-matter as well as standards of proper conduct are handed down from the past, the attitude of pupils must, upon the whole, be one of docility, receptivity, and obedience. Books, especially textbooks, are the chief representatives of the lore and wisdom of the past, while teachers are the organs through which pupils are brought into effective connection with the material Teachers are the agents through which knowledge and skills are communicated and rules of conduct enforced.

I have not made this brief summary for the purpose of criticizing the underlying philosophy. The rise of what is called new education and progressive schools is of itself a product of discontent with traditional education. In effect it is a criticism of the latter. When the implied criticism is made explicit it reads somewhat as follows:

The traditional scheme is, in essence, one of imposition from above and from outside. It imposes adult standards, subject-matter, and methods upon those who are only growing slowly toward maturity. The gap is so great that the required subject-matter, the methods of learning and of behaving are foreign to the existing capacities of the young. They are beyond the reach of the experience the young learners already possess. Consequently, they must be imposed; even though good teachers will use devices of art to cover up the imposition so as to relieve it of obviously brutal features.

But the gulf between the mature or adult products and the experience and abilities of the young is so wide that the very situation forbids much active participation by pupils in the development of what is taught. Theirs is to do—and learn, as it was the part of the six hundred to do and die. Learning here means acquisition of what already is incorporated in books and in the heads of the elders. Moreover, that which is taught is thought of as essentially static. It is taught as a finished product, with little regard either to the ways in which it was originally built up or to changes that will surely occur in the future. It is to a large extent the cultural product of societies that assumed the future would be much like the past, and yet it is used as educational food in a society where change is the rule, not the exception.

If one attempts to formulate the philosophy of education implicit in the practices of the new education, we may, I think, discover certain common principles amid the variety of progressive schools now existing. To imposition from above is opposed expression and cultivation of individuality; to external discipline is opposed free activity; to learning from texts and teachers, learning through experience; to acquisition of isolated skills and techniques by drill, is opposed acquisition of them as means of attaining ends which make direct vital appeal; to preparation for a more or less remote future is opposed making the most of the opportunities of present life; to static aims and materials is opposed acquaintance with a changing world.