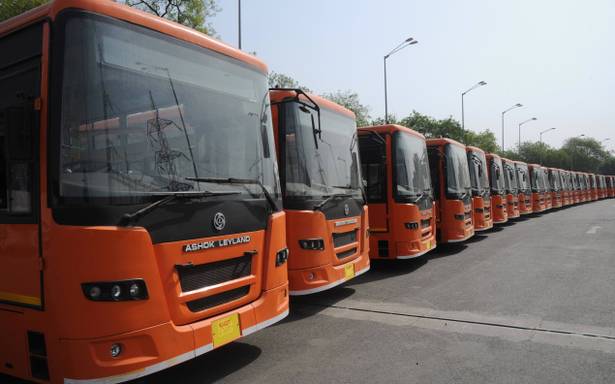 From January onward DTC buses in the country’s capital will function with a digitalised mechanism making it possible for passengers to use their metro cards for travel. In the absence of public transportation infrastructure will such a move hamper or solve the crisis?

When one speaks about rapid urbanization and the growth of cities as the primary source of development of any nation what we seem to be pointing towards is the fact that for many people the city becomes the source of life and livelihood. Given these circumstances it is expected that the nation-state develops or plans the growth and expansion of the city in such a way that for the masses who depend upon it, there is a maximum access to all the basic facilities.

We can consider among the most fundamental facilities within a cityscape its sanitation, its roads and streets, its access to portable water, its availability of electricity and power, proper planning of habitation and industrialisation and its ability to bring forth a strong transportation network. The last among these serves almost like the various arteries in the body which take the freshly pumped blood from the heart to the various organs and without which the functioning of the system cannot even be conceived of. The transportation network shall also be visualised in such a manner that it is dissipated, scattered, networked, connected and economically viable even for the poorest section of the society.

However when one looks at an urban space such as Delhi or Gurgaon what one immediately discovers is that sustaining in the absence of personal transportation is an extremely difficult task for all inhibitors of the city because not only do we have a weak or inadequate public transportation network but we also have enhanced its cost to an extent that it can often exceed what the poorest consumer can afford. In the age of private taxi cab networks such as Ola or Uber the urban consumer who is well off and has access to the smartphone chooses such mediums over the public transport.

Moreover, the recent hike in the metro prices in the city of Delhi has also introduced further problems for the consumer who had relied on it earlier. What has aggravated the problem more is the fact that we have chosen to ignore the public transportation system altogether and have promoted in disguise the expanse of privatised solutions to the commutation question. From January onwards the DTC buses will introduce the cashless payment option from South Korea wherein people will be able to use their metro cards in these buses.

This will start with the first 5oo buses and then subsequently be introduced in all routes across the city. Let us now reflect on what this could mean. The DTC buses were so far the only option for the commonest traveller but with the introduction of metro cards this accessibility may be challenged. This is going to be challenged, the common consumer does not have access to either the economic capital or the literacy to handle or create a metro card. He/she will be paralysed by such a system. We must ask ourselves whether in the blind urge to move towards modernity if we are making the masses of the nation suffer.

In the age of radio taxis and the shrinking public transportation sector, the recent step will further cause difficulties for the average consumer. We should have developed the network well, made it economically sustainable, encouraged the use of public transportation and made such a digitalised system optional. Moreover given such a system many people who earlier worked at ticket counters, as conductors will begin to lose their precious jobs.

In a country where unemployment is on the rise and people are looking for work, does digitalisation empower us or dis-empower us? It is time we contemplated the many consequences of the blind and forced applications of modernity that are often insensitive to context and cultures.

Atishi Marlena to Atishi Singh: Will She Woo the Punjabi Voter in Kalkaji ?