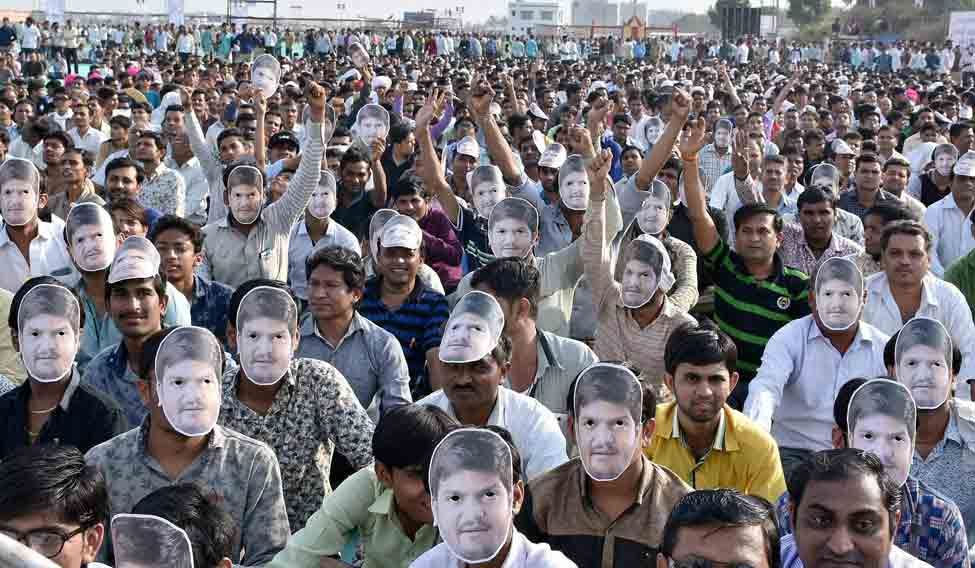 This year the election campaign in Gujarat had an element of surprise in it. The entire process of voter mobilization was not based on Hindutva politics or the promise of development however what took centre stage was the assertion of caste politics. The rise of Patidars under the leadership of Hardik Patel was a major factor to reckon with. With the resurgence of caste politics in such a dominant manner is the political landscape of the nation a fragmented reality?

The Gujarat elections were a much anticipated event and drew the attention of journalists, political commentators, political theorists-analysts and the concerned citizen of the nation. The assertion of the Hindutva forces, the stark changes in economic policy, the assertion of minority and caste groups, the growing scale of corporate-state nexus and the aggressively development oriented model of progress characterising our times have indeed made the present scenario in India dynamic for both its proponents and critics. Amidst this situation it felt but natural that the elections taking place in the Prime Minister’s own state and of which he had been the CM for more than twelve years. 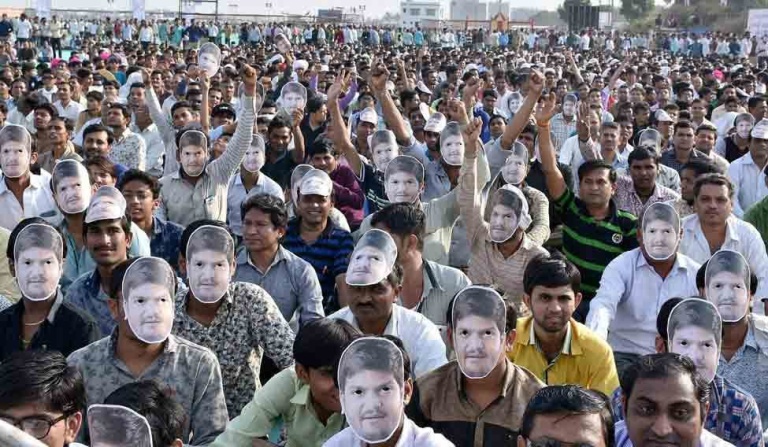 The nation eagerly waited to see how this important time in India’s electoral politics would unfold and the kind of mandate that the people of Gujarat would readily accept. With the slow and inadequate vibrancy in the opposition which itself is a fragmented system, it seemed almost impossible that something would be radically altered this time around.  The BJP won and yet again confirmed the fact that the nation is still very much in awe of Prime Minister and his promises for a modernized, developed and economically booming India.

However, when one looks at this year’s election campaigns closely what one immediately observes is the fact that apart from the Hindu card and the rhetorical promises of development there was yet another factor that remained central to the political mobilization of the masses in Gujarat. And this was the assertion of caste based politics. We are aware that since the 198os Gujarat has remained in the grips of first the Janata Dal and then the BJP. Over the last two decades we saw much hype being created around the ‘Gujarat Model’ of development projected to be something supremely prosperous and something that could act as a model for the rest of the nation to be able to replicate. However what we do witness is the fact that despite the economic vitality that the model claimed to ensure it was during the last two decades that the state saw some of the most ghastly cases of communal violence.

While the state was ruled on the assertion of Hindutva forces combined with the sleek promise of developementalism and the issue of caste remained invisible it was during the elections this time around that the forces of caste assertion manifested themselves in a big way. Since, 2015, caste politics in Gujarat and especially with reference to the Patidar agitation had raised itself in an extremely ruthless fashion yet again. So when the elections and campaigning unfolded this year, we could see not so much of the assertion of Hindutva politics nor the assertion of development but a revival of the forces of caste based politics  and a sharp visibility of the rise of Patidars  with their community leader Hardik Patel attracting limelight. Major political analysts and commentators has been observing how both the major contenting parties had distributed their tickets in the name of caste and how this was evidently going to become the central factor in the Gujarat elections of 2017.

But what we must understand here is that although the issue of caste seems to have come back in such a gigantic manner and asserted itself with great prominence however this time its nature and demands are quite unique. While we know that the Patidar is a dominant caste community and is also known to be particularly prosperous.

In July 2015 the Patidars demanded for reservation in educational institutions and public/private sector jobs. Political scientists when analysing this particular case have said that the assertion of the need for reservation came particularly because the Gujarat model of development focussed primarily on the development of urban centres and the proliferation of large scale industry where select professionals and wage labourers got absorbed however there was neglect of the rural sector. The jobs generated in the process were few and thus could not create uniform benefits for people at large in the state. Thus within the Patidar community itself there seemed to be growing a class divide between the urban and the rural polulation.

The Patidars who were traditionally an important caste carried within them a sense of superiority however in the absence of adequate development in the rural sector and the utilization of reservation policies by lower caste groups to achieve economic progress- the Patidars felt completely at loss. The mobilization of the Patidars under the leadership of Hardik Patel was indeed a voice of dissent against the dominant Gujarat Model. It was the first time that the Patidar community seemed divided in their allegiance. While some remain loyalists of the BJP we see another section lead by Hardik Patel choosing to take the side of the Congress. The allocation of tickets this time around in Gujarat clearly tells us how important the caste issue was in the elections this year. While the Congress allotted nearly 24% of the tickets to Patidar community leaders the BJP had given 28% to the community. The Congress on the other hand was also hoping to achieve much from the OBC community to which it had given 38% of its tickets while the BJP too had given a large share of the tickets to them.

From the above it becomes clear that caste indeed did have a major role to play in the Gujarat elections of this year. Although the assertion of Hindutva politics and the glittery promise of development is still very much part of the ruling party’s discourse what we cannot deny is the fact that Caste as an age old institution has not been altogether forgotten as the primarily mobilizer. Another crucial point here is that in the absence of leaders who are respected and listened to irrespective of caste, class and community we are in some sense still struggling with divisive and oppressive institutions such as caste. The emergence of a national leader with visions for a collective future for the nation seems to be completely missing in contemporary India.

It is therefore not surprising that caste, religion and ethnic affiliation are factors that political parties manipulate to win over populations and even divide or agitate voters against each other. In some sense then the concept of separate electorates brought up during the freedom struggle as a strategy to fragmentise the social fabric are very much present through their absence in Indian politics today. It is ironic and paradoxical that we have still not arrived at collective leadership and a nation-state that belongs to all citizens irrespective of their religious or cultural affiliations.