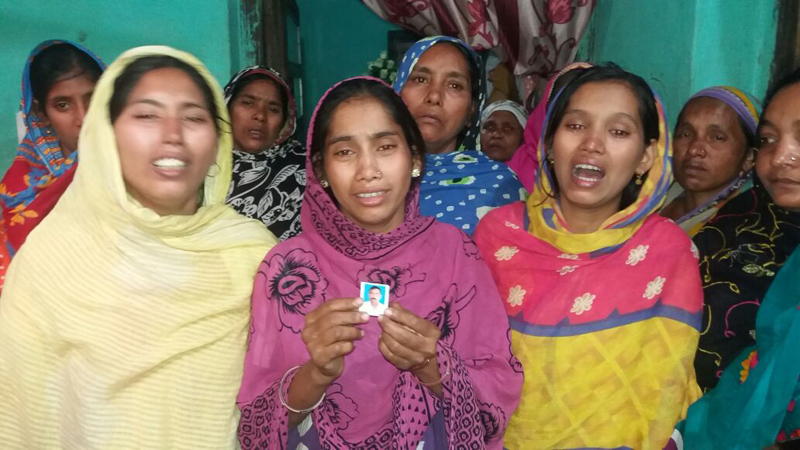 A man was brutally attacked and burnt alive in Rajasthan while the video footage depicting this inhuman act was circulated widely on social media. In a land that calls itself a people’s democracy is justice just a hyped myth?

Disclaimer: We urge our readers to refrain from obsessively sharing the viral video of the brutal killings and avoid making its accessible to minors in particular. The visuals may incite further aggressive and brutal tendencies among impressionable minds. Kindly value the story more than the footage in generating awareness.

The half-burnt body of Mohammed Afrazul (48), a native of Malda in West Bengal, was found near a hotel on the outskirts of Rajsamand in Rajasthan on Wednesday (Dec 6, 2017).

The shocking video was filmed by Shambhulal and his friend showing Shambhulal Raigar – a local resident attacking the victim with an axe and setting ablaze Mohammed Afrazul subsequently. The video in question has gone viral on the social media.  While the poor victim shouts and pleads for help at the brutalities being meted out to him, there is no one available to rescue him from the threatening thrashes of Raigar who seems to be completely hypnotized by his violent zeal.

The way that this incident was filmed showing the cruelest aspects of human consciousness. It is obviously very difficult to realize the existing circumstances and the endless cruelty in the nation especially towards those who are at its margins.

In the last few years incidents of such kind have multiplied manifold. We have not forgotten the brutalities involved in the killings of Junnaid, Akhlaq, Gauri Lankesh and many others reflecting the degraded condition of law and governance all over country. The brutalities and the stark violence implicated at those from the marginalized and oppressed communities of the society or to those who dare to bring out any voice of decent against the present establishment over the last couple of years goes on to show how the law and order of the nation, its constitutionality, its institutions of justice are all to a large extent becoming dumb, deaf and blind to the pain and agony of the ordinary masses.

Who is responsible for this inhuman act that has claimed the life of an innocent man? Why do we as citizens living in the age of social media activism today find ourselves utterly helpless to act against it? Is our awareness, is our education and training only for circulating or commenting on viral videos?

The crisis that our society is today facing is twofold, on the one hand we see a complete denial of basic human dignity and justice to the margins of society who today live in an ambience of sheer fear, anxiety and suspicion and on the other hand we are experiencing a time in history where our own agency to think, reflect and act seems to have been completely numbed. Who is responsible for the ghastly murder of Junnaid or of Gauri Lankesh?

Why are the perpetrators of crime still roaming free in the land which claims to be a people’s democracy?  The saddened families of the victims, the hundreds of questions in the dying eyes of the victims, the collapsed state of Indian democracy seeks many answers from the India of today. How can we remain silent when our fellow Indians are undergoing so much of discrimination and violence and egalitarian justice seems like a distant dream?

Why did thousands of migratory birds die mysteriously in Rajasthan”s Sambhar Lake?

Neither for Diwali nor for Eid, Nuclear Weapons are meant for Doomsday

The Looming Danger of Drought, Can this Disaster be Averted?

Politics of Intolerance Brings India at Power with Trump’s America