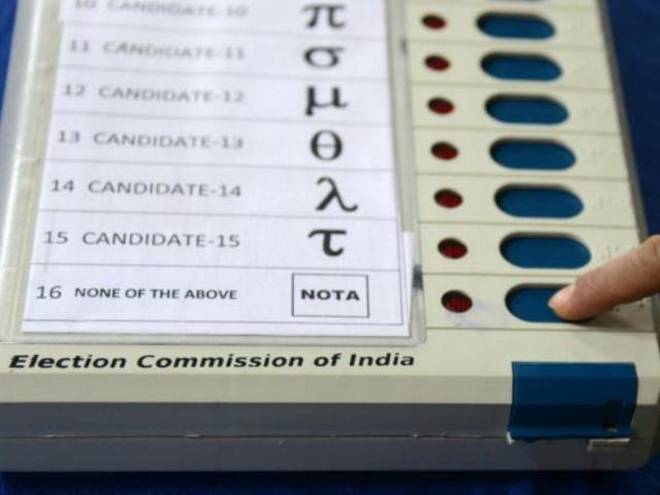 NOTA (None of the above) is central to the culture of democratic politics because it articulates the possibility of dissent and points out the growing need for an alternative culture of governance where people matter more than ideologies and dogmas.

Lokesh Tripathi is a Civil Rights activist – based in Ranchi.

India is a democracy and we as its citizens have a crucial role to play in its vibrant functioning. We make a democracy a political space where the voices of people matter and their choices determine the fate of political ideologies and its proponents both at the central and the state levels. This culture of democracy as we would like to believe is the  strength of Indian nationhood and makes it stand apart from many other nations who have denied their citizens an equal chance to determine their futures. 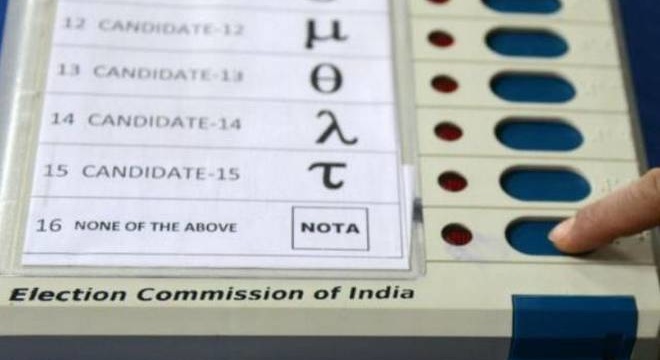 However, what we witness today is the fact that in the name of democracy the participation of the individual citizen remains limited only to the casting of votes and the voice of the citizen is nowhere to be heard or to be reckoned with once the electoral process comes to an end. The period of five years when the elected government must work for the people and prove its worth often turns into an elongated and free time where sanctioned looting of the nation takes place.

Amidst this situation what does the citizen do? He must comply, he must accept and he must learn to bear with the political conditions until the next elections unfold. Democracy in such a milieu turns out to be a risky game in this sense because if the elected government chooses not to deliver, the people have less to do because revolutions or mass mobilizations are seldom the case. To address to these and several other important concerns that our experience with democracy seems to have suggested the NOTA( None of The Above) option was made part of the vote casting machine. Here, a citizen casting his vote could choose not to go with any of the contesting candidates and instead choose to say that he dislikes or disapproves of all of them. Such an option makes an important contribution to the culture of democratic practice by pointing out to the possibility of dissent and towards an alternative political formulation that may be absent in the contemporary picture.

Bihar topped the list of NOTA with 2.48% votes in the 2015 elections. Gujarat has come second in the list where we saw that over 1.8% votes were on the NOTA. It was extremely interesting to note how in Bihar for a mere 243 seats an approximate of 3,45o candidates were on the election run for the contests to be held in 2015.  It was recorded that here 3.79 crore voters casted their votes and out of these nearly 2.48% refused to choose a candidate from the given options and thus opted for the NOTA option.

In Gujarat too we saw an interesting phenomenon unfold as here too 5.5 lakh voters chose the NOTA option over any of the given candidates. This was also said to be impacting the results of many of the constituencies in Gujarat. Similar instances have been recorded from various parts of the country where no matter how insignificant but nevertheless a section of the population has gone with the NOTA option.

What does this kind of possibility indicate for the system? Do those who have chosen the NOTA option deserve to be heard out or the fact that they did not approve of any of the given candidates should be collectively discussed as a national concern in the parliament? We believe that while democracy gives us the right to choose, it becomes complete only when we also have the right to reject.

The NOTA is a possibility towards the alternative. It challenges the culture of political stagnation and makes political parties more accountable. However what does remain to be seen is whether the votes casted under the NOTA option will be treated seriously or will they be looked at as votes casted in vain. This fact shall determine how strong and people centric our democracy truly is.