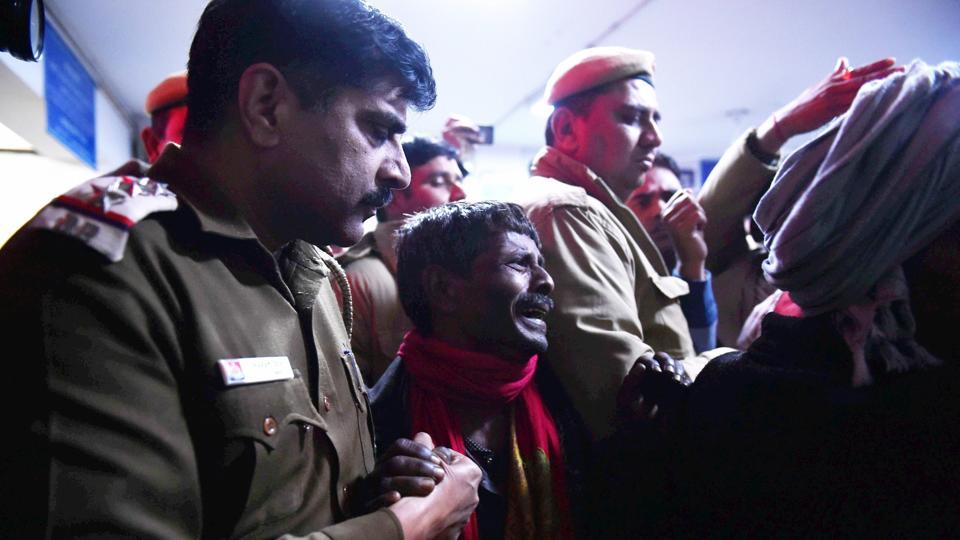 The Bawana factory fire has claimed the lives of seventeen workers and has pointed out once again to the rapid culture of lawlessness and lack of security in hazardous production units. However what remains to be seen is whether this would teach us all a lesson or will we continue to turn a blind eye to the crisis?

The nation woke up to a news that shook its conscience or at least provoked it enough to sympathise with the thousands of people who in the absence of safe working conditions are often prey to a demonic death.  Working conditions and adequate safety measures are central concerns as far as the implementation of labour-conducive environments are concerned.

When these basic necessities and protocols are not challenged and instead what we see around us is an environment of lawlessness, corruption then accidents such as the one that unfolded in Bawana turn from exception to norm. For the fire that broke out in a Bawana factory on Saturday, who can be held accountable? The political buck-passing has already begun but the loss that the tragic incident brought for the families in which members have died can never be compensated for.

It is tragic and paradoxical that our political community does little to fix key issues and concerns before disasters take place and only when a mishap finally occurs, do we begin to take note of the crisis at hand. Whether we talk about the foot overbridge at a local Mumbai station that collapsed and created great havoc, to temple stampedes, factory fires, manhole accidents and so on and so forth reveal that there has been over the years a general tendency to postpone hardcore action, until the time something massive happens. Let us take you through the Bawana factory fire case in depth and let us try to collectively understand the ground realities involved in the entire manner. The factory in which the fire killed 17 innocent workers was a firecracker packaging unit.

The majority of industries in this place do not carry a distinctive signboard that spells out the name of the factory or that of its owner or even anything about the nature of products produced in the factory. There is in this area a scanty regard for rules and regulations and even less for adhering to basic infrastructural guidelines.  Now what we must understand is why the situation is such. We know that to take a land for the establishment of a factory one has to take the permission of the Delhi State Industrial and Infrastructure Development Cooperation. This body allots the land to a single person; he then has to apply for receiving a license from the MCD in order to be able to operate the factory. The nature of the factory, the kind of production units and products, the labour-conducive measures are verified and then a license is issued to the owner.

However, in actual practice this seldom happens. More than 80% factories are shut down and then rented out to other people by the original owner. The new owner seldom gets a new license made or does not even seek the approval of the authorities but continues to operate based on the old license. This makes it possible that today a factory is producing something completely different from what it had received its license for. Thus it is not surprising that there are no sign boards on any of the factories in this area- nobody is accounted for in the record books and thus on paper, they do not exist.

The factory in which the fire broke out had been similarly rented out by a man name Lalit Goel to his friend Manoj Jain. To make things quicker instead of getting a new license made, Manoj Jain ran the firecracker factory on the previous license which had originally been given for the establishment of a plastic manufacturing plant. Since the existence of this factory was not legitimised through the obtainment of a license or its presence was not registered in the state authority’s records- the workers employed in the factory on a contractual basis had neither a fixed wage pattern nor where the minimum working standards ensured to them.  For the lack of legitimacy of the unit, the workers did not even have access to health cards.

This complex and extremely corrupted nexus of ownership and law enforcement evasions have made it possible in our country that labour laws are blatantly opposed and the lives of thousands of workers employed on a contractual basis mean nothing in the wider picture. The fire that broke out on Saturday in the factory, killing 17 people including women- goes on to only establish the fact that in the absence of law enforcement and adequate legal mechanisms that would ensure efficiency,  innocent workers like those in Bawana will continue to be shrouded in marginalisation, oppression, and violence.

It is ironic that even after 70 years of independence for a large section of our society, labour laws have done little to ensure their dignity and provide them an empowered existence. It is the failure of the nation as a collective.