The classroom filled with just a few but interested learners is preferable to one that is overpopulated by a disinterested lot. The compulsory attendance proposal at JNU is regressive and truly against the spirit of the university.

Aakash Ganguly wan student of JNU from 2012 -2014. At  present, he works in Mumbai as a documentary filmmaker.

I had grown up dreaming about studying in this university and aspiring throughout my adolescent years to walk through its thought-provoking corridors decorated with political posters leading into classrooms where heated discussions and nuanced debates unfolded, through its dhabas where over endless cups of tea students met and deliberated everything from politics, to films and social movements and above all I longed for a chance to discover this university which had nurtured the best historians, sociologists, philosophers and linguists through its culture of critical thinking, dialogic knowledge and ability to polish and train real talent from the remotest corners of India. 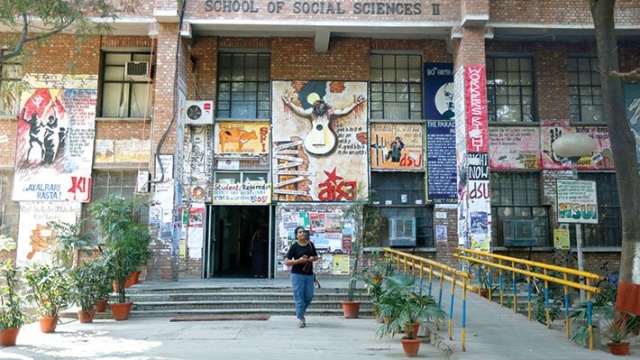 Here, was a university that had simple hostel rooms offering basic meals, here was a university that neither had a swimming pool nor a lush golf course all it had was a humble stadium where you could  walk or run, it did not have a canteen that provided multiple cuisines but dhabas where chai and aloo bonda did all the magic, it did not boast of a shopping arcade with multinationals overflowing but had a simple shopping area providing the grocery and stationary basics- in other words, for the eyes that were accustomed to judging a university or a hospital on its resemblance to a five star hotel, JNU stood nowhere in comparison.  It neither had a gigantic pool, a golf course, mall and nor could it boast of fancy eating joints and air-conditioned hostels and classrooms.  But I was convinced once I became a student here that it did have something that perhaps not many other institutions in India had.

Yes, it had a character of its own that had over the generations been shaped by a lively community of teachers and learners who had chosen to make this place authentic, organic, and down to earth and in close proximity to the complex socio-cultural realities that it would find itself amidst.  The idea was not to create a space where ideas would be generated in closed complexes aloof from the throbbing world outside nor was it their philosophy to encourage a learning community trained in skills that serve blatantly the needs of the technocratic market rationality. Rather theirs was a vision of a university where the field of humanities would flourish alongside the pursuit of pure sciences. It would be a place where those who left the university after their studies could serve the society back whether it was as teachers, NGO activists, scientists, political activists, media personnel, academicians or civil servants.

The close association with the organic was critical to the building up of J.N.U. I also witnessed as a student here that indeed J.N.U was a microcosm of India with students and teachers from all corners of the country and of various ethnicities finding common ground here. We learned from each other and shared a sense of nationalism that liberated us rather than making us insanely fatalistic, it enabled us to enjoy diversity and cherish it rather than loathe it or look at it as a disease.

Our classrooms were always throbbing with energetic discussions and as we read and debated on a range of thinkers and philosophers, our teachers ensured that our bookish knowledge found a chance to be explored in the world outside and the rich culture of political vibrancy, social vigilance and an eagerness to problematize and critically examine the world that we lived in- ensured that we grew up in close proximity to the problems and potentials of the nation that we lived in. 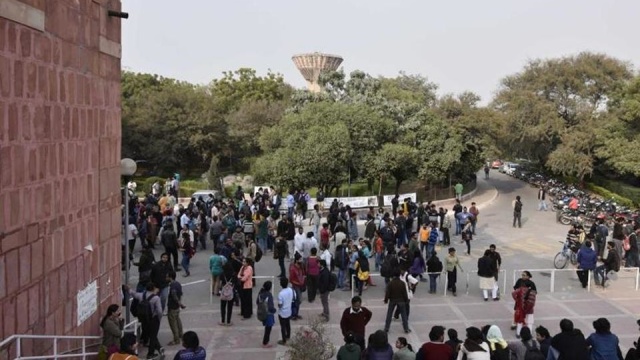 Now what struck my imagination again was the fact that almost like a magical force at work, without the system of mandatory attendance and the oppressive cult of roll call, our classrooms were always full.  Sometimes when we got late by a couple of minutes to class we would even be prepared to sit on the floors and attend the lecture. Our attendance was not recorded and nor were we graded on that basis but we never missed a class because we loved going there, interacting with our fellow students and learning from our teachers.

The honesty and sincerity with which our teachers came prepared to the class, the way that they heard our problems and difficulties even at odd hours of the day, the way they helped and related to us even beyond our academic pursuits have all enabled us to mature into thinking-feeling beings who know how to live with the gift of freedom.

We chatted for long hours over tea while political pamphlets opened our eyes to a world where injustice, inequality, and violence were perpetrated, we saw films together from India and the world, we met theatre activists, grassroot workers and organisers of social movements and all of this exposed us to the realm of mature intellectual cognition.

We learned of ideologies such as the feminist and the Ambedkarite, we witnessed an onslaught on our university by the advocates of confined nationalism, we saw how an oppressive force from the outside conspired to break us from the inside.

And then what we experienced was a moment of collective resistance where the power of JNU united present and past generations of teachers and students and gave birth to a mobilization that had recently captured the imagination of the nation.  I have lived J.N.U. felt its vibrations and promises and so when today I learn that from the coming semester onwards attendance will be made compulsory and teachers would be required to submit statistics regarding student’s attendance to administration- authorities it disgusts me, to say the least.

The idea of imposing mandatory attendance on a research university such as J.N.U. is regressive and defies all academic logic.

It is important to understand the fact that a university sustains itself not because of discipline or order, but when it successfully provides an environment to its students and professors where they can think and define education and teaching with freedom and dignity.

It must also be understood that the administrators of the university needs to think over critical issues that are central to the wellbeing and development of the university such as expanding  the library, building classrooms and other common facilities for the community living on campus.

It should be reminded that it has far greater priorities than making a rule as absurd as compulsory attendance. I also experienced the fact that a place like J.N.U. makes us disciplined and responsible and we do not need any outside authority to dictate us or instil in us a fear so that we do our duties well.

In fact, is it not the ultimate tragedy that even as we become postgraduate students the fear of CCTV cameras and deducting of marks shall compel us to study or that our teachers should be spending their precious time on marinating attendance registers rather than researching or teaching?

It is sad that we have lost trust in our own intentions. It had pained me immensely a couple of months ago when the head of our institution, the Vice- Chancellor had proposed that a tank be installed in the university premises to inculcate values of nationalism and patriotic love that we the J.N.U. community seemed to have forgotten but today when I learn that from the coming semester we would increasingly begin to find ourselves in the Foucauldian panoptican I cannot help but rebel. As they wish to snatch away our intellectual and individual freedom, I urge them once to open their eyes and discover what J.N.U. as a university really stands for. With the ever rebellious spirit that my university endowed me with and an optimism born out of inner strength, I urge you all to stand up in protest against a draconian system that insults our intelligence and ability to think, act and carve out our own destinies.

ALSO READ : On JNU and the changing landscape of higher education