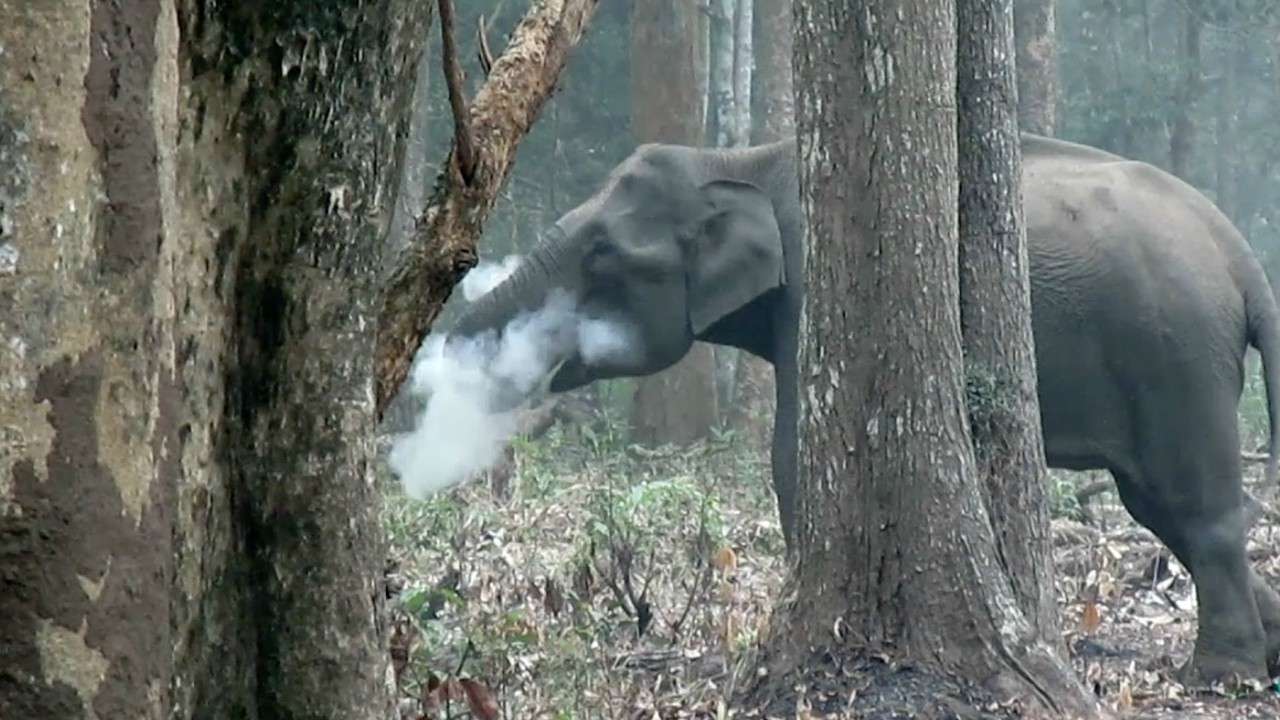 The ‘smoking elephant’ was captured in a video taken by the Wildlife Conservation Society at Nagarahole National Park. Ingesting charcoal and releasing smoke- the video of the elephant has become viral. Is the elephant really smoking or is its action telling us something profound about our bond with the environment?

For a person who relates to nature in a manner that is not utilitarian but deeply existential the sight of the smoking elephant is destined to lead to deep pain.  In our times we are regularly bombarded with images of animals, plants and various living species that tell us loudly how environmental degradation is destroying the wildlife and forest cover around us.

So many rare species of animals and plants have become extinct and so many have become endangered and still all we do is come up with environmental policies that appear seductive on paper but are able to deliver little as far as impacting ground level change is concerned. Rapid building of dams, large scale deforestation, mindless construction, obstructing river routes,  mining,  use of hazardous chemicals and gasses and many other aspects have brought us to a time when environmental crisis is an urgent issue.

The global attention on this issue has largely been in terms of the response of various nation-states and the policy agreements that they make between themselves to arrive at large scale structural changes. Many environmental activists around the world have also come together and voiced the concerns of the environment. But what has been absent from the ensure discourses is what individuals in their own orientation to living can alter so as to live more harmoniously with nature.

The irony of the debate is that while we talk about reusing and recycling waste materials, sharing a ride to the destination or instead of taking print outs of written content only reading them on the computer- we are hardly eager to discuss how the entire contemporary lifestyle is often juxtaposed to eco-sensitive living.  It cannot be overlooked that all the steps that we listed above are of great importance in protecting and nurturing the environment but there is also the urgency to understand that living harmoniously with nature also asks for a an active engagement with nature.

When people visit a place of natural beauty the first instinct is to takeout the camera and take a photo, can they start seeing with their own eyes and internalising the abundance first? During walks or running, many tend to feel incomplete without listening to music on their mobiles – the noise of the passing wind, the music of the birds, the thumping of the heartbeat and the sound of the feet kissing the road- listening to these sounds is indeed an exercise in itself.

Our children are growing up in a culture where they are used to be taken to designated spots like parks or sanctuaries to witness nature or look at animals but in their urbanised living- nature has been limited to the plant in the pot or to the fish in the aquarium!  We have all been aware of the viral video of an elephant grasping a log of wood from which smoke is emitting. The elephant video has gone viral and so many individuals have guessed that the elephant has been smoking. The video was made in south India where after a massive forest fire; the animal was blowing air on a log of wood so as to put off the fire. The video was made by the Wildlife Conservation Society of India.  Taken by shock by the video where the elephant appears to be smoking, the biologists have found that when animals suffer from minor burns and injuries they look for ash in order to cure themselves and the elephant was looking for ash while the video had been made.

The destruction of forests in many parts of the country has been going on for the last several decades and this has been in way without creating an infrastructure where afforestation shall follow. Animals inhabiting these jungles are the most suffering lot. It is paradoxical that we are now finding it interesting that the animal appears to be smoking but it would be useful if we empathised with it and deciphered its terrible shape. The environment should be related to not in any utilitarian way but with existential love. It is important that we build our bond with environment in a manner that is holistic. Our outlook and our orientation have to alter. Our relatedness and empathy have to grow. 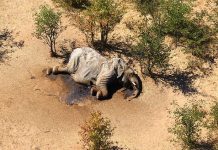