Given the richness of your work and experience in the Indian grassroots, please share with us how you look at the political fabric of the nation and the role social movements in it?

Social movements, broadly understood, are very important in any democracy. Political parties are also important, of course, but they are mainly looking for votes. Those who are few in numbers are of little interest to them, unless they have other resources such as money or power. The problem is especially acute in the first-past-the-post system, where groups and communities that make no difference to the winner have very little electoral power. Social movements can help to give a voice to those who are marginalised in this skewed electoral system, or for that matter in other democratic institutions such as the media and the legal system. They can also bring up issues that get neglected for similar reasons. India has vibrant social movements that have made sterling contributions in many fields, from human rights to the abolition of caste, patriarchy and other aberrations. And yet I feel that a lot more is possible, especially if social movements are able to liberate themselves from the prevailing hierarchies and develop a democratic culture. That would vastly enhance the power of collective action.

The NREGA project has come under much criticism, however in states such as Jharkhand we see positive changes surfacing for instance due to building of rural roads that facilitate the development process. How do you visualise the role of NREGA in reviving Indian agriculture and where do you think it must be improved and revitalised?

In some states at least, NREGA could make an important contribution to the revival of agriculture. Jharkhand is a prime example. There is enormous scope, in Jharkhand, for productive NREGA works – water conservation, land levelling, link roads, horticulture, among others. This potential has already been well demonstrated, notably in the construction of more than 80,000 dug wells. Most the wells are well built and enable farmers to grow more remunerative crops such as vegetables, which also contribute to better nutrition. This potential, however, is severely diminished by two interrelated problems: erratic payments and continued corruption. Payments for labour and material are often delayed, or even not made at all. This saps the motivation of workers, especially when wages are low in the first place, and also of the entrepreneur, when work is undertaken on private land. When workers lose interest, middlemen take advantage of their apathy to siphon off NREGA funds and derail the entire programme. To avoid this, it is essential to streamline the payment system, pay higher wages, and also introduce transparency safeguards aligned with the new payment systems. For instance, all workers should have regularly updated bank passbooks, along with sms alerts, so that if anyone attempts to use their account to siphon off NREGA funds, it immediately comes to their attention. Along with this, better technical supervision is required to improve the quality of NREGA works.

You were sceptical about the government’s decision to demonetise the economy last year and you even said “Demonetisation in a booming economy is like shooting at the tyres of a racing car”. How do you feel about it one year on?

The intention of the racing-car metaphor was to convey the risky and reckless nature of wholesale demonetisation. If you shoot at the tyres of a racing car, the outcome is pretty uncertain. You could miss the tyres, or the car could crash, or it may just swerve and then get back on track. The point is, it’s not the sort of risk a sane person would take, if you care about the speed of the car, which stands for the economy in this metaphor. Of course, you may have other objectives too. But in the case of demonetisation, we are yet to hear clearly what these objectives might have been. Those spelt out by the Prime Minister in his address to the nation on 8 November 2016, when he presented demonetisation as a “movement for purifying our country”, have clearly not been fulfilled. Later on, sundry commentators invoked other objectives, such as promoting cashless payments or tax compliance. But these are, at best, positive side effects. Even wars have positive side effects, but that rarely compensates for the devastation they inflict. Few people would claim that the second world war, say, was a good thing for the British people because it led to the birth of the National Health Service. Similarly, applauding demonetisation because it promoted cashless payments shows a dismal lack of concern for the colossal misery that was inflicted last year on the poor and powerless.

You have lived in India for over 38 years and have devoted yourself towards it. Please share with us how you have seen India grow and change over the last three decades in terms of its politics, culture and values and above all the minds and attitudes of its citizens?

I feel that the last three decades have seen a kind of dissonance between the speed of economic growth and the sluggishness of social change. This had already struck me in the early 1980s, when I spent a year in Palanpur, a non-descript village of Moradabad district in western Uttar Pradesh. These were the heydays of the Green Revolution, when farmers in that area were reaping the benefits of new seeds, better irrigation and chemical fertilizers. Living standards were improving steadily in material terms, but the village remained a morass of casteism, patriarchy, superstition and violence. The contrast is even clearer if you look at the larger picture of that part of India during the last three decades. The economy is booming, and there is of course some social change too, but by and large, social relations remain extremely oppressive and exploitative, perhaps more so than anywhere else in the world. The caste system, for one, is a monstrosity, but it is proving very resilient. In some respects, this syndrome is getting worse today, as we were witnessing not just stagnation but even regression in some aspects of social life. For instance, there is a big attack on rationality at this time, with the government itself promoting all sorts of irrational beliefs and practices. Mind you, I think that there is a method in this madness. Suppressing rational thinking helps to prevent people from questioning the established structures of power and authority.

In the introduction of your book Sense and Solidarity you write “Statistical analysis, important as it is, is often overrated in economics, while other means of learning, including experience are undervalued.” Please tell us about your idea of doing the social sciences and the emphasis that you seem to lay on experiential learning as the true educator. Do you think that the present school and university educational practices emphasise too much on bookish/theoretical knowledge while ignoring experience altogether?

I think that two different views are possible on this. One is that the theory and evidence are the natural concerns of academic training, and that experience is just a different form of learning, best acquired in the wider world. Another view, as you point out, is that academic training should concern itself a little more with experiential knowledge. I have not thought about this deeply, but I tend to lean towards the second view. If experience can greatly enrich our understanding of evidence, as I have argued, then making some room for it in a university setting sounds like a good idea. Some institutions and disciplines do recognise the value of real-world exposure, I see no reason why economics should be exempt from it. 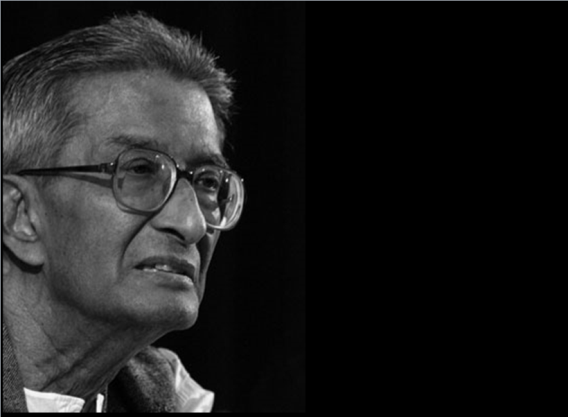 Recalling Ashok Mitra: a proud Marxist not a bhadralok