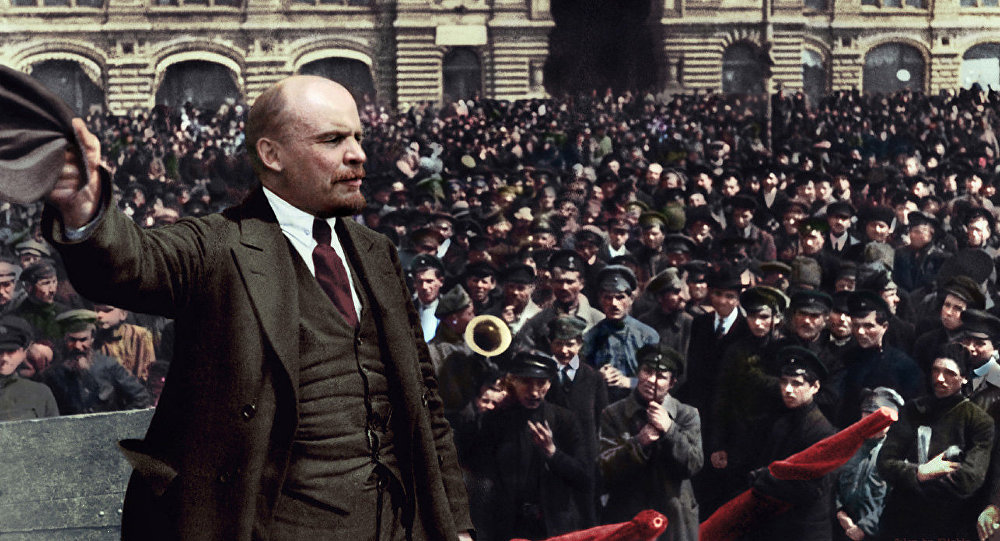 In this argumentative piece, the author has pleaded for an open society, and warned us of the danger of authoritarianism as reflected in the normalization of intolerance and violence in our times.

Dr. Arijit Tarafdar is an academic – based in Agartala.

They demolished the statue of Lenin in Tripura. As I saw the visual of this demonic act, something was happening inside me. It was a feeling of pain and anguish; it was also a sense of fear emanating from the realization of the arrival of an authoritarian personality intoxicated with power and totalitarian thinking. All of us who have not yet lost our sanity and the spirit of pluralism ought to engage in critical reflection for resisting the politics of growing intolerance.

To begin with, let us understand why it is important to celebrate the idea of an open society. It is only in an open society that pluralism can prevail; it nurtures a mind that realizes that there is no straightforward unilinear road to truth, there are multiple perspectives and worldviews, and each of these methods has the right to exist. Moreover, it consolidates the foundation of a courageous mind that does not feel insecure or threatened in the presence of the ideological/philosophical opponents. It is like saying that I may not be a Marxist-Leninist; but in an open society, I have no problem if there are groups of people who love Marx’s utopia, and get inspired by Lenin’s revolutionary practice.

However, dogmatic thinking with the arrogance of certainty (I possess the key to truth, and whoever opposes me is necessarily an enemy of truth, a conspirator, a betrayer) goes against the spirit of openness. In fact, in his grand book Open Society and Its Enemies Karl Popper reminded us of this danger. For instance, as Popper said, reductionist Marxists often fall into the trap of ‘conspiracy theory’, and begin to argue that their ideological opponents promote falsehood, and hence they need to be eliminated. Possibly, Popper was not entirely wrong if we look at the worst form of violence the Stalinist regime practiced for eliminating ‘class enemies’.

An open society that pluralism can prevail; it nurtures a mind that realizes that there is no straightforward unilinear road to truth, there are multiple perspectives and worldviews, and each of these methods has the right to exist.

Likewise, in the 1970s the Naxalites in Bengal, despite their revolutionary idealism, could not bear the presence of ‘bourgeois enemies’ leading to the mindless demolition of the statues of Vidyasagar and Tagore.  Furthermore, we know about fascism—its sado-masochism, its reckless instrumental rationality and its absolute hatred for the ‘enemies’. From concentration camp to the holocaust—history has taught us the implications of totalitarian thinking.

In fact, our civilizational ethos can give us a couple of lessons for the cultivation of an open society. Yes, at one level we experienced the worst form of exclusion and closure of mind in the name of caste with its graded inequality and hierarchy.  Yet, at another level, we experienced the multiplicity of faiths, religious traditions and bodies of knowledge. Here is a civilization that could live with both Vedanta and Lokayata ; here is a civilization that could the cherish the blend of Hindu and Islamic traditions; here is a culture that allowed itself to be enriched by a spectrum of thinkers—Gandhi and Ambedkar, Vivekananda and Iqbal, Periyar and Tagore, Nehru and M.N.Roy.  Democracy is not just about winning the elections; it is essentially about the conviction that I would protect  the rights of even my ideological opponents to exist. Yes, it is a difficult ideal. However, it is worth striving for.

What is tragic is that in contemporary India the ruling forces seem to have forgotten the basis lesson of epistemological pluralism and democratic openness. Instead, with the brute practice of lynching, normalization of aggression in everyday life, ruthless propaganda machinery, they stimulate a mob mentality filled with the dominant ‘commonsense’— Muslims as ‘alien invaders’ are a threat to the nation, communists are immoral terrorists, and secularists are godless anarchists: potentially ‘anti-national’! ‘We win the elections, and hence we are necessarily right’, or ‘our revenge is ethically right because the leftists too were intolerant and the Nehruvians did not give any importance to the likes of Deen Dayal Upadhyaya and Vinayak Damodar Savarkar’—these argumentations further intensify the politics of hatred and cultural elimination.  The worrying fact is that this sort of authoritarianism is coming with an unholy mix of market-driven ideology and corporate controlled media. The rising middle class intoxicated with the mythology of ‘development’ and consumerism, and toxic television channels arousing gross emotions and utterly non-reflexive thinking—India is fast becoming an interesting site for fascist experimentation. Hence, it is not just about the demolition of Lenin’s statue; it is essentially about the normalization of the deeds of an authoritarian personality.

As a teacher, I believe that a great battle has to be fought in the domain of pedagogy and culture to resist the onslaught of totalitarian thinking. Through dialogic/reflexive pedagogy, all of us have to try our best to nurture a mind that is comfortable with differences. Violence emanates from monologue and certainty. Plurality, hybridity, ambiguity, differences—these are the distinctive features of a truly compassionate/egalitarian mind. Yes, believe me, in my ideal world I would not allow others to demolish the statues of Savarkar, even though with a creative mix of Gandhi and Marx I would resist his militarized Hindutva.