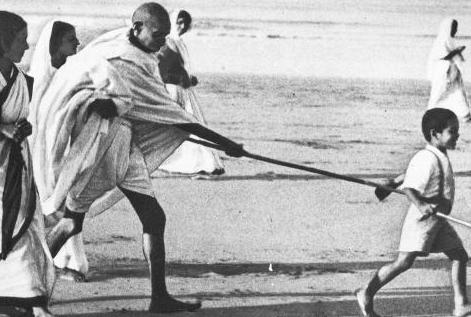 A heterogeneous classroom is an exciting site for a teacher. Here is an article that narrates a creative teacher’s experimentations—the way she shows her sensitivity to cultural/social diversity, taps the potential of each child, and evolves a pedagogic milieu that encourages the child to sharpen her concepts.

Pradita Nambiar is an educator – based in Coimbatore.

I was reading this article ‘From the Kilns to the classrooms’ in a national English daily. It was the story of an Irula (Adivasi) woman who was a brick kiln worker and now a teacher at a school where more than half the population is Irula children. Her children too are studying in the same school. She seemed so proud to be a teacher, and classrooms are now symbols of redemption of her poverty.  In fact, today’s classrooms are diverse in terms of social class, gender, religion, geographic region, caste and language to name a few. One must picture a child with deficiencies like parental illiteracy, family’s struggle for livelihood, very little support at home, who may at times come hungry to a school where there are children who come from homes and neighbor-hoods that subscribe to newspapers, have encyclopedias and dictionaries, go on vacations, attend various classes for honing their skills at extracurricular activities and sports that are themselves contributors to the education and growth of the well endowed child.  Does learning happen the same way for both these groups of children? With such wide disparities which include knowledge, beliefs and values that guide behavior of children in the classroom, how does a teacher make learning meaningful to all the children?

With wide cultural diversity among the students, life has breezed into the classroom and teachers have now the challenging task of fostering meaningful learning for each child in the class. Let’s understand cultural diversity which affects the achievement of children at school by looking at some real life incidents.

Meet my four students aged 9-10years who were in Class IV .

All these children come from different backgrounds, and all of them face life situations in the classroom. Some of them stem from cultural beliefs and values which are deep seated and less visible. Culture has been compared to an iceberg where only one-third of it is visible. But it’s effect is very pervasive. Amidst all these cultural differences, the teacher has the job of fostering a learning environment which is relevant and effective for each one of them.  Can the challenges that arise out of diversity be addressed in the classroom? True, I can neither choose the parents nor the personalities of the students in my class. But as a teacher I can definitely decide what happens in the classroom. Classrooms are not just brick and mortar but the common space that is shared by children in the society. There are number of theories on learning— from behaviourism to cognitivism— that enjoy immense popularity.  But will they be applicable in the social context in which we are situated? This is a conundrum that most of the teachers face in their everyday practice. So then what do we do?

Various ways of assessing the learning potential need to be devised so that the teacher is able to draw out the strengths and resilience of children and not on remedying the deficits. For example, children love to weave stories, and they often share the stories that their grandparents have told them. Invariably this brings out regional tales and help children strengthen their identities. One day I started a story on the board, and each child was asked to write a sentence to lead the story. The children enjoyed the freedom of their own creation. This is not suggest that the teacher has to forget that the ability to read, write, speak, compute and think is the most important thing for the children. Only the ways are made more effective, relevant and joyful. This writing on the board takes away any fear of mistakes when they see that others too are not perfect.  All assumptions of infallibility are laid to rest with such efforts, and children gain immense confidence to come forward and participate in school activities.

Awareness of the threat of stereotyping

As part of dramas enacted in class, girls become rulers of kingdom, porters at railway stations, ticket collectors on trains and similar such roles. Boys often come up with comments that this is a male role, and this then leads to a discussion on why they feel it can’t be done by girls.  We had this activity where children had to write a script on the scene ‘One night at the dinner table’. The children then came and enacted their script and in most of them it was the mother who was cooking and serving till a girl came up with a script which showed that her father had cooked a meal and all the members in the family including the children helped in serving food and water. This changed the entire mood of the script writing exercise and unleashed creativity with children quoting incidents of parents on the one hand talking on the mobile while eating on the other advising children to keep quiet. Some spoke of eating sitting on the floor and sharing food from the same plate. The traditions that were followed at home were now being shared in true honesty. There was no judgement on the right or wrong ways of having dinner.

Whilst doing geography, children are encouraged to share information which is specific to their region. Children who speak the regional language sing a song , read a poem or dance to a song . Some bring a dish which is special to the region and tell us about the ingredients that went into making it. Children bring samples of pulses which are used in their homes and we discuss about where it is grown. We also check if somebody does not eat that pulse and why. This discussion brings out the eating habits in our home which are legacies of culture and the region we belong to, though we would have migrated to a city or town. For example, there was a child from Kerala who had never seen Rajma. So the children came forward with diverse reasons ranging from ‘don’t like the taste’, ‘it’s expensive’, ‘it’s not grown in Kerala’, or ‘it’s not sold in Kerala’.

Spending non-teaching time with students has been one of the guiding principles which stood me in good stead. Teachers are always expected to know children individually. Some of the best ways that has worked for me is by watching their interactions in large and small groups during play, projects and meal times at schools. Classroom is just one of the spaces where children learn, engage in challenging and meaningful tasks, support one another and also appreciate the work of others.

Finally, if we believe that life by itself would reveal learning, then we would be committing ourselves to the fallacy of perfect obviousness. To assume that life instances by themselves would lead to conceptual clarification is absurd. For example,  It is logically impossible to understand the concept of ‘sink’  by just looking at something sinking unless one already has knowledge of this. Here is where the teacher by an intelligent selection of activities not only transmits information but also transforms concepts which the child uses to raise new questions.

Teachers need to guard themselves from the view of some of the children’s questions seeming more profound than they really are. This is only because we attribute our understanding of the words they use. Infants’ learning is guided by personal curiosity and even at later stages of development children explore physical properties of stones, shells, feathers and thermocol. But to learn concepts of mathematics, science and history calls for books, involved parents and teachers as even a process of inquiry reveals only to those who have previously worked on the subject. The role of teaching to bring out learning through constant, rigorous, culturally connected instruction is undisputable.

Dearden, R. (1968).’ Learning and Experience’, in The Philosophy of Primary Education. London: Routeledge and Kegan Paul. 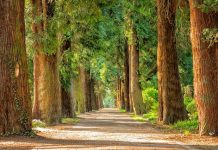 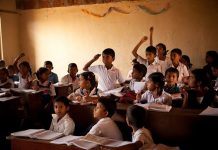 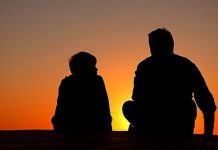 A Physical Classroom or a Virtual One: A Pedagogues’s Dilemma Amid the Lockdown

Online Teaching is an Aid, Not an Alternative to the Real Classroom in Pakistan

Expanding the Parameters of Learning beyond Fixed Notions