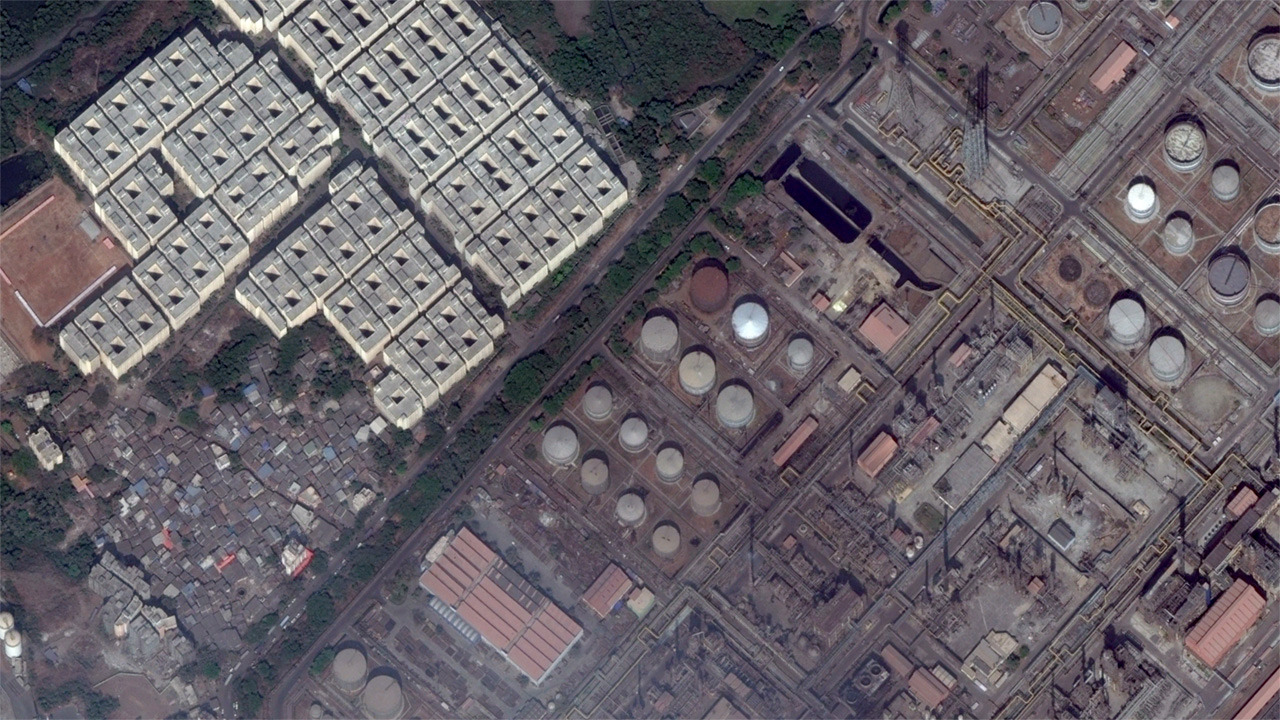 Pushing away the poor to the outskirts of the city has been a constant phenomenon in India’s urbanisation and Mumbai’s Mahul village is an illustration of what this means for a large section of people who have little access to the basic amenities.

Slum dwellers across India have a lifestyle that is miserable in terms of the basic amenities and the availability of infrastructural help that is significant for leading a respectable life.  When we move towards these poor parts of the urban centres we see how over the years the gap between the wealthy and the deprived has grown a lot.  In Mumbai also this process can be seen everywhere that you go.

At a distance from the urban city of Mumbai, is a place called Mahul which is the village of a fishing society traditionally. In the present time Mahul is home to more than 30,000 people who were rehabilitated after the slum that they lived in was taken out so that development projects could take place. These individuals live in buildings congested side by side. The space is full of oil refineries, power stations and fertiliser plants. The air is suffocating with the hard smell of chemicals. There is no sewage system and the dirt flows everywhere. The closest hospital run by the government authorities is very far away.The area is so polluted that most residents of the village have breathlessness, eye issues, choking, respiratory disorders, skin infections and so on.

It is believed that Mahul is immensely polluted and the health issues that people here are having are centred on pollution. Mahul has no educational institution, there is no healthcare and no employment offers for the individuals living in the village.

Till date 16,000 homes have been cleared and it has been estimated that another 6,000 estimated will be cleared.

The landscape of Mahul is full of dirt and smoke coming of industries and no proper facilities for disposing waste water.  The city’s civic body the Brihanmumbai Municipal Corporation (BMC) had begun rehabilitating people to Mahul after the high court ordered that 10 metres of space had to be vacated for installing of pipeline for health and security reasons. When the BMC began removing illegal houses, they displaced the slum inhabitants.

The plan was that cycling lanes would be built in this part of the city and greenery would be enriched. The work is to begin in this year and it is hoped that by the next year the work will get complete. Till date 16,000 homes have been cleared and it has been estimated that another 6,000 estimated will be cleared. Most of the individuals displaced are likely to be rehabilitated in Mahul.

The city’s development is taking place in such as fashion that it is neglecting its poorest citizens.  The developmental projects that have been taken up in the city have been for the wealthier sections of the society and the deprived are not at all included in the agenda. In the process of pushing away the poor people to the outskirts of the urban city, the idea is to enable housing near the hub for the richer residents.

The fact that a space like Mahul is in such poor condition and has a lack of basic infrastructural facilities such as health or education makes the condition of the deprived terrible. Rehabilitation locations such as Mahul lack ventilation, clean air, sewage disposal, waste management or transport facilities for the people living there.

After many activists working complained about the lack of a school in the area the BMC did start a makeshift school. The school however has no use as all children are forced to sit in one tiny room and there is no instructor to teach them.  Also, for the elder students there is no scope of education.

The closest railway station is five miles away and the bus service is unaffordable for a large section of people. Following the high court order the BMC states that it has plans to start a health centre and a school, and supply clean water to the residents of Mahul but the activists who have been working do not seem happy with this promise.

Residents of Mahul say that the condition of life is so bad here and that they often feel their lives in the slum they had been in before was a little easier.  No electricity, no clean water, no healthcare, no education and no transportation have made living in Mahul extremely unhappy for those who have had to rehabilitate here because of the lack of a choice. The negligence and the denial of basic amenities have made many families wait for better times continuously.

Is the country only for those who have the wealth and the economic ability or does the nation bother about all its citizens unconditionally?

It is ironical that a mega city Mumbai which has so much wealth and glamour can choose to remain indifferent to the condition of thousands of ordinary people who are also human beings. The lack of even the basic facilities like clean water and non-polluted air have made the people in Mahul sick and the authorities are in inertia to alter these lives in meaningful fashion.   The pushing away of the deprived sections of the population into poor conditions without ensuring that they have basic amenities has been seen in almost all the important urban towns of India.  Is the country only for those who have the wealth and the economic ability or does the nation bother about all its citizens unconditionally?

People in Mahul are like people in many Indian slums and villages that don’t have access to the basic amenities and where the authorities have done little to bring people at par with the rest of the country.   It is time that the nation walks hand in hand with the most deprived section of the population and builds a space that is truly democratic and holistic.