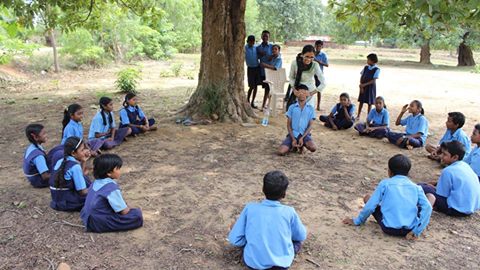 We all have a sense of dignity and we protect it more than anything else in our lives. Just like adults children also have their dignity but very often we as teachers forget this and humiliate children in front of everyone. And sometimes consciously, unconsciously we don’t treat them with dignity. I could remember few incidents from my own school days as well as from my own life as a teacher educator. There are two examples from my own school life which made me think that probably that was not the way students would have been treated.

The first incident is about one of my Science teachers who was trying to lecture us about the importance of studying well so that we could become successful people. Of course he had his own definition of being successful. Anyway I will say that his lecture about success was still tolerable as per his experience and exposure but the reference was quite problematic. I still remember his statement, “Well, your parents do sacrifice a lot for making you all study. In yesterday’s parent- teacher meeting I could see how much they are sacrificing. They themselves wear cheap, torn shoes and try to provide you with all kinds of comfort.” Then he looked at one of my classmates and took his name in a way so that we all understood that he was talking about that student only. He ended like this, “So study well and do not let their efforts get wasted.” My classmate’s face turned red and he started looking down. While the teacher was taking a common lecture but he somehow pointed the name of a particular student and through his statement the teacher made him realize that his father was the one wearing shabby clothes and shoes and hence the student was poor.

Another incident is about a Geography teacher who used to teach me during my later years of schooling. One day when he was inside the classroom he heard discussion taking place amongst the students about wearing a wristwatch. That day one of our classmates came wearing a new watch; she was showing her new watch with great excitement. During the discussion about her new watch another girl said that she doesn’t likes wearing a watch.  The teacher heard her statement and commented like this, “I have seen that if someone doesn’t have something then that person says like this.” The girl didn’t say a word and just bent her head down. I was just sitting there and this comment was not for me and yet I felt bad. The above examples are about students who were from the seventh and eleventh standards respectively, so kind of mature to some extent. By this age we expect someone to feel humiliation but in case of smaller children this is also applicable. It’s not that you can say anything and they won’t mind. This incident is from my own life as a facilitator of learning and how I made a small kid humiliated in front of his classmates unconsciously.

I work with two government schools of Dantewada district of Chhattisgarh. My role is more about capacity building of teachers. I work with middle schools and there is a primary school attached to the one middle school I work with. That day teachers were on strike so no one was there in primary school. Even if teachers are there I love spending time with smaller kids so almost every time I visit my school I spend some time with primary students too.

That day when I went to school I picked up a few books from my organization’s library and took them to school. When I went to the primary school with books in my hands, I first made children sit outside their classrooms. They took books of their choice from me and started reading. In this group there were few students of first standard who didn’t know reading. I knew this but I didn’t want to deprive them of reading books because reading a book is not just about being able to read alphabets, there is a lot to it. A child, who doesn’t know reading can look at pictures, can learn how to hold book properly, how to turn pages. Myself being aware of all this but still I made a mistake and later on I realized my mistake.

A Child named Sukhlal took a book from me and was trying to turn its pages and explore the world of books. While he was busy doing this I saw him and the immediate thought which came into my mind is that he doesn’t knows reading. I instructed him, “Sukhlal! You take help of some older student in reading.”  This statement of mine was indirectly pointing out that he can’t read. Sukhlal who is was just six or seven years of age said, “I also read ma’am.” Then he started reading loudly, CHH… OOO….RRR“CHOR” (which means thief in English). I knew that he made this attempt just to defend and prove me that he can read. I also knew that in that story book ‘chor’ was not written anywhere but realizing my mistake I immediately said, “Oh! Yes, yes I know you can read. Please go ahead with your reading.”

The above real life stories from my own schooling and from schools I work with show how consciousness is needed while working with children. The way we protect the dignity of adults and people of our own age group should also be applied to maintaining the dignity of our students.  Young learners too have a distinct sense of dignity that must be cared for and protected by educators.