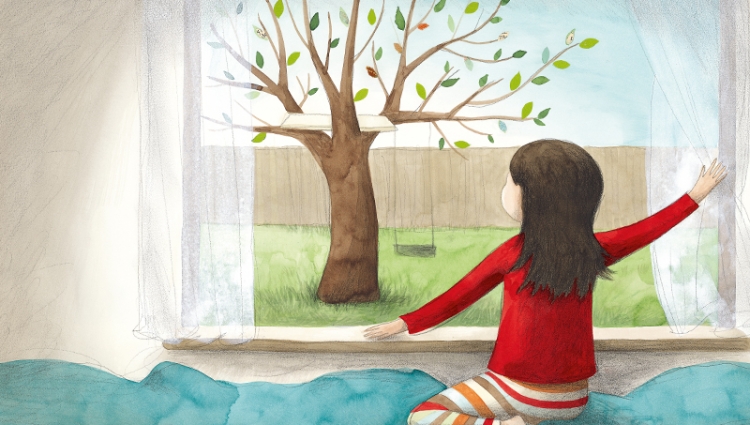 Educating the educator makes the crucial component of education and when one effectively exposes oneself to the domain of visual literacy; it becomes a source of empowerment in making sense of the young learner’s world.

Manoj Kumar has been working in the field of elementary education for the lastten years now. He is currently working with School of Education, Azim Premji University, Bengaluru.

Even though there are illustrated books for adults there are not as many as we have for children. Think of a children’s book, be it a literacy primer or a story book, we come across a lot of pictures and graphics alongside texts in large font size.

Why do we have so many pictures in children’s book? As educators we need to ask this question more explicitly. Surprisingly we’re pretty complicit with a set of implicit beliefs. The commonplace responses to this question vary from ‘pictures making books charming’ and more engaging for emergent readers to the educational functions of pictures such as pictures scaffold and facilitate reading while emergent readers learn to read. These responses are not unreasonable, but definitely not adequate for an educator. These responses somewhere assume the relationship between an image and the text as natural, obvious and straightforward. Reflection of this naive understanding is unmistakable in widely available literacy primers with ‘A for Apple’ and ‘B for Ball’ print.

The moment we get an opportunity to interact with any illustrator or a member of creative team producing these books we realize that nothing can be far from truth than the idea that words can be translated literally into images. A picture can never be a ‘natural’ representation of a thing which is present out there with all its materiality. At best an object and its picture may have some resemblance in some aspects, but which aspect of picture will be picked and framed for resemblance and which one will be left aside is a judgment made by the artist. Some aspects are foregrounded and other aspects are left in the background. Gradually representation of certain aspects of an object gets conventionalized. Houses are often represented by a triangle and a square while triangle represents slanting roof, square represents four walls, regardless of the fact that we have more houses with flat roof now than slanting roof. If this much can be said about the represent of a single object in single image, representation of actions and emotions in images and graphics is even more complicated business. Pictures and visuals need to be interpreted, not just seen.

When we think of sign we identify ad distinguish between two aspects of sign for analytical purposes- signifier and signified. The signifier is the physical form which signifies meaning. The physical form can be arrangement of sounds in a word or a sentence when we use language orally or arrangement of letters (visuals) in a written text. Signified is meaning which a signifier signifies. So the word ‘apple’ written on a page is the signifier and the meaning which we grasp by reading that word is signified. The signifier ‘apple’ has no natural connection with the signified apple. This connection is simply established by linguistic convention. In another language we may have very different signifier for the same signified. For example in French language apple is signified by another signifier ‘Pomme.’ In a different representational system when we draw a picture of apple on a page it is signifier. By looking at the picture when we grasp the meaning of apple it is signified. Now in this case signifier and signified has not as arbitrary relationship as we have seen in the case of written or spoken words and their meanings. There is resemblance – at least in some aspects – between picture of apple and the thing it signifies. To distinguish this representational system from the other representational systems semioticians use the term ‘icon.’ Apart from linguistics sign and icon there is another representational system ‘index’ where connection between signifier and signified is causal. Smoke is index of fire because smoke is caused by fire. When we see only some smoke we infer the presence of fire also.

Going by this categorization one should concede that the arbitrariness which apprises linguistic sign is not there with icons- visuals, pictures or graphics. The connection between picture of an apple depicted on a page and a real apple is based on resemblance. However resemblance notwithstanding, there are processes of abstractions involve in drawing a picture of an object as we have discussed above. An object may have n number of properties, out of those properties a drawing or even a camera click chooses some properties as important other properties not so important.

Pictures are creations which involve cognitive and creative processes.  Over the years some way of representing some of those properties for an object becomes a convention. Visual culture in which we live often consist of a set of those conventions. Gradually socialization of an individual in those cultures starts privileging one kind of interpretation over others. Therefore meaning making from an image is not just a simple natural process, but it entails complex cognitive and cultural processes. This process may also pervades by asymmetry of power distribution and one subgroup within a larger group may control the process of cultural interpretation. The area of scholarship which studies these cultural productions and ways of interpretations has emerged over the centuries and there are so many exciting works in this field. One such work which is often referred in this contest is by John Berger. The title of the book is ‘Ways of Seeing.’

As mentioned above in a picture book two different kinds of representational systems come together to tell a story. The uneasy marriage between text and visuals props up several creative contestations. Two sets of issues have been identified below:

Now one may ask this question. As producer of picture books writers, illustrators, designers and others take a creative challenge to produce engaging picture books. If they succeed the book should work well with children. The creativity of their work should speak for itself. Do we as educators also need to understand those creative processes of producing picture books? Do we as educators also need to direct attention of children towards some of those creative attempts and clues? The answer of both these question will depend on our ideas of learning, teaching and education. If we imagine a teacher not like a passive delivery agent and learner not as a passive recipient of knowledge and skill, we may have to conceptualize certain kind of a relationship between teacher and teaching-learning material (TLM). If we consider picture books as TLM , teachers need to have good understanding of these materials. For developing this kind of understanding critical visual literacy should be part of teacher education curriculum.

Can this ability to see visuals perceptively and carefully be taught? Certainly teachers can be sensitize to see visuals deliberately and consciously. One should not expect a teacher to be an art critic, but one should certainly expect a teacher to be a connoisseur of good quality TLM which includes picture books and other illustrated story books as well. One can hope that a visually literate teacher will help children to see visuals critically and facilitate them to see those visuals for enriching aesthetic experience. In this context if as an educator we’ll ask this question why we have so many pictures in children’s book we may find another answer to the question also. Of course pictures make the book interesting for children, but it should also facilitate the understanding of two kinds of representational systems and the way two representational systems – icons and linguistic signs- creatively used for conveying complex and layered meanings.

This article is published in The New Leam, APRIL 2018 Issue( Vol .4 No.35) and available in print version. 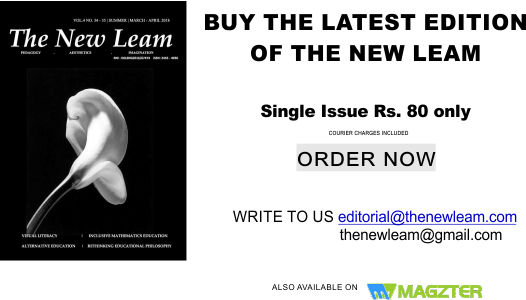