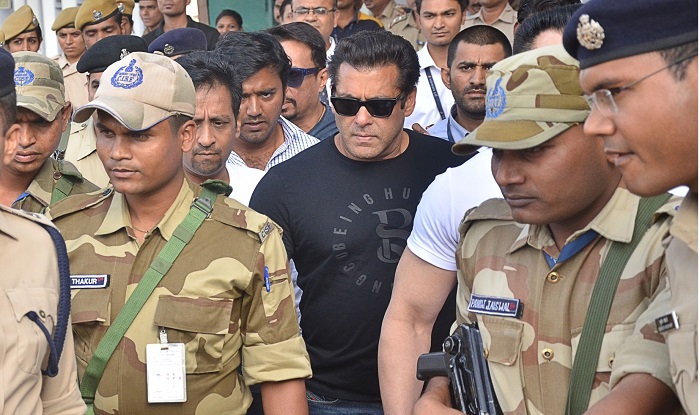 Through this drama called ‘imprisonment and bail’ The New Leam has thrown light on the paradox of judiciary, the meaning of being a celebrity, and the state of our collective consciousness.

Yes, the inevitable has happened. Jodhpur Trial Court—5 years imprisonment—Emergency legal processes—Bail and release from jail within 48 hours—The return of the Superstar to his Mumbai residence. It is a perfect drama; everything is in order. Law,Justice, Catharsis! But then, there are three messages that this drama seeks to convey to us.

First, it reaffirms our faith in what Mohandas Karamchand Gandhi articulated in his brilliant text “Hind Swaraj”. Gandhi’s scepticism towards the complex legal system and the unholy practices of touts and lawyers gave a new meaning to this ‘non-modern’ text. Yes, Gandhi himself was a lawyer; yet, he could see the pathology of the system. As we lose our own conscience, our ability to distinguish the moral from the immoral we begin to rely more on ‘external’ agencies like courts, judges and lawyers for justice. Meanwhile, amidst the technicalities of the complex legal process truth is lost. Yes, you need to have sufficient money to hire cunning lawyers; and they have the ‘skills’ to give you the ‘justice’ you deserve. If you are not so lucky to hire these ‘legal experts’ you should not expect justice. It is your destiny to languish in the four walls of the prison. Rich people deserve justice. not people like us. Gandhi felt it with his characteristic vision. The Jodhpur drama proved it once again.

Second, think of yet another visionary Karl Marx. His sharp reflections on the moral sickness of capitalism made him see the ‘power of money’–the way it transforms everything into its opposite–vice into virtue, virtue into vice, dishonesty into honesty, honesty into dishonesty. Money is the measure of everything. Hence there cannot be anything bad about Salman Khan. He ought to be kind. He ought to be the best philanthropist around. He ought to be gentle, honest, great–a possible nominee for the award of “Bharat Ratna”. The judge who thought of five years imprisonment for Salman cannot be a good judge; he must be negatively biased towards Salman because he is a celebrity; we should do something about him_-transfer him, or ask him to take voluntary retirement.

Third, see our society–its media-induced culture, its misplaced priorities. A professor of Delhi University has been suffering in jail; all his vital organs seem to be collapsing. However, we should not talk about him. The likes of Aranab Goswami would not organize a panel discussion on his right to get justice. He is a ‘Maoist’–an ‘anti-national’. Moreover, he is neither Arundhati Roy nor Salman Khan. He is ordinary– an unknown teacher. Let him suffer! See the crowd celebrating Salman’s release from jail. It is comic as well as tragic Many of these ‘fans’ belong to the margins of society Salman and they live in two different worlds that would never meet.. Yet, the glitz of stardom, the propaganda machinery, the seduction of culturally coded images and spectacles have made them believe that Salman is God, Salman is their only saviour. Television channels stimulate it; Katrina’s pain and longing, and Bollywood’s prayer justify it. And people like us find good entertainment material for two days. As consumers we consume everything–Salman’s ‘divinity’, the ‘mistake’ of those who think that Salman was wrong.

Yes, the drama goes on. Bollywood has to do its business. His films have to be released.

Who says we live in a godless world? Salman Khan is our new God. Come. Let us worship him!

Najeeb Disappeared and so did our Judicial Vigilantism 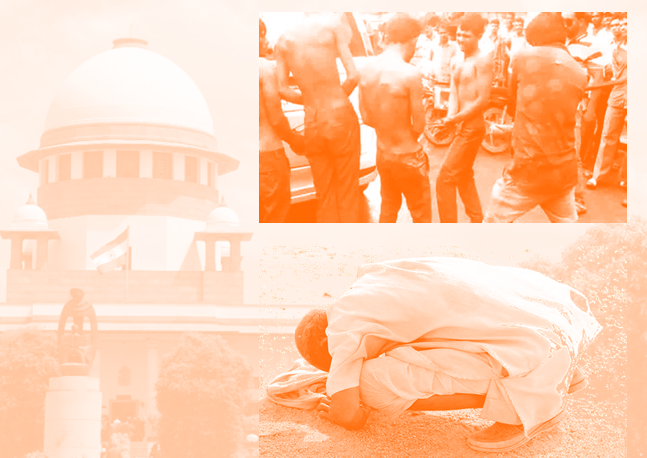 More than 1,450 Cases of Atrocities Against Dalits Pending in Court