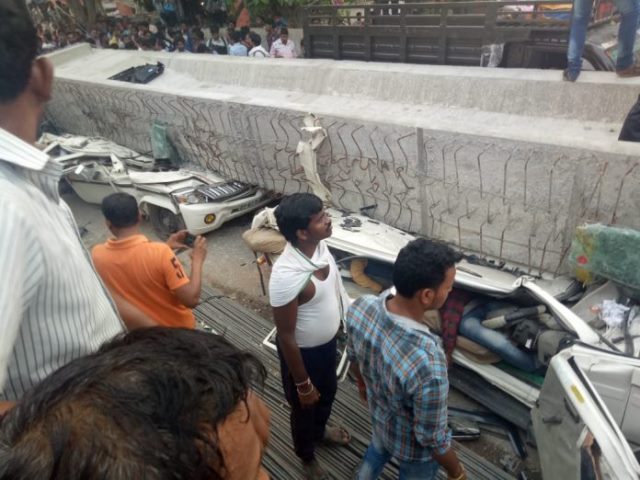 Accidents claim a great number of lives each year globally. If states collaborate and generate awareness accidents can be reduced significantly.

Accidents are a leading cause of human distress. One indication of this is that over 3.5 million people die in a typical year in the entire world from various kinds of accidents, while the number of serious injuries caused by accidents is many times more. Some of these injuries are of a nature that, over a period of time, these may end up causing even more distress than sudden deaths.

Taking the average for some recent years, the available statistics suggest that the number of fatalities from all accidents is much higher than total deaths from homicides, suicides, war and civil strife all combined. The latest available fact-sheet prepared on this subject by the World Health Organization (WHO) tells us that among the various causes of death by injuries, over 50% were caused by accidents while 29% were caused by suicides, homicides and war combined together. 21% were caused by other injuries (these again include some accidental deaths).

This is just one indication of the high distress levels caused by accidents. In addition we should remember that serious injuries caused by accidents are many times greater than fatalities. As the WHO says, “The millions of deaths that result from injuries represent only a small fraction of those injuries. Tens of millions of people suffer injuries that lead to hospitalization, emergency department or general practitioner’s treatment, or treatment that does not involve formal medical care.”

Serious injuries apart from being very painful can cause disability for varying lengths of time. Their treatment can be very expensive in countries lacking good public health facilities. These can impose a heavy burden on family members and caretakers, apart from the pain and disability suffered by the victim.

However for all accidents taken together we may take the conservative estimate of 40 serious injuries per fatality.  This assumption is less than what the factual data for Britain tells us – 50 injuries for one fatality. This gives us a figure of 140 million serious injuries caused by all kinds of accidents in a year.

There is thus clearly the need for a very strong public campaign to reduce all kinds of accidents. Such a campaign has the potential to prevent millions of deaths, disabilities and other serious injuries within the next decade, apart from preventing massive economic loss. Apart from its main contribution of reducing human distress in a very big way, even in purely economic terms this can be a very cost effective campaign as the economic losses reduced by such an effective campaign can be many times more than the costs incurred in such a campaign

While prevention of accidents should be the main focus of such a campaign at the same time this campaign should also aim at significantly improving the availability of timely and proper medical care to accident victims. This also has immense possibilities of saving human lives.

For the sake of this campaign accidents can be classified mainly in five categories- all transport and traffic accidents, domestic accidents, occupational accidents, accidents relating to crowds and special gatherings including stampedes, and misc. accidents. Perhaps we can have a separate category for educational institutions and for high hazard and catastrophic accidents but this is a matter for detail.

The classification followed by the WHO is different as accidents are classified on the basis of the type of accident like falls, drowning, fires and burns, road accidents, electric shocks etc. but from the point of view of a public campaign as well as a government programme resulting from it the classification proposed above may be more useful.

Such a national campaign should on the one hand try at various levels to increase people’s awareness about the potential scope and need of accident reduction and mobilize various people’s initiatives for prevention of accidents. On the other hand such a campaign should strive to influence government policy in such a way that the government allocates more resources for accident prevention and is also motivated to frame a comprehensive policy for reduction of all kinds of accidents. The national campaign should prepare policy drafts to help and motivate the government to move quickly and effectively in this direction. One of the specific proposals can be the creation of a National Accident Prevention Authority at the country level with state chapters as also a plan to subsequently have branches at the district level as well.

The national campaign should also seek to have branches in all states and subsequently sub-branches in all districts. It should build up linkages with other like-minded campaigns which exist already. In addition efforts can be made to have linkages with other such campaigns in various countries with the spirit of sharing achievements and problems as well as learning experiences. Media can play a very useful role in the success of such a campaign.