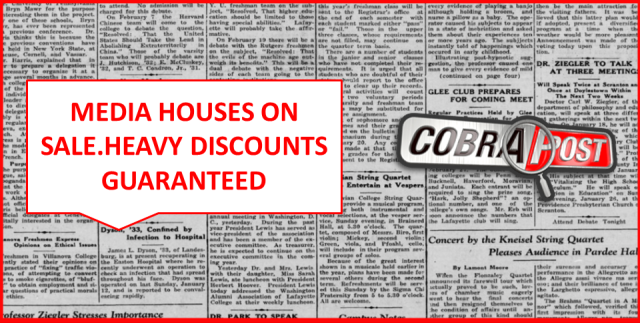 A sting operation carried out by Cobrapost showed several acclaimed newspapers and media houses agree to carry out a communally divisive and Hindutva agenda in exchange of money. Can journalism in its contemporary form be unbiased?

Is journalism an exercise in non-partiality and transparency? Is journalism as a profession expected to have a non-partisan, unbiased and clean vision for portraying significant developments across the world? It is a an agenda of great worry if journalism tends to give up its neutrality and in exchange of monetary benefits agree to portray world events in a dogmatic, ideologically influenced way.

In the age of hyper media and information revolution, it must be acknowledged that media has become the primary source of knowledge for a great section of the people. What is portrayed to be news is accepted to be the ultimate truth, on news channels the issues that are presented may reach to an audience as the final truth regarding the concerns of the world- the passive viewer can consume all that is offered on the pages of the newspaper or on the television news channel.

Cobrapost conducted a sting operation that exposed how many media houses were prepared to manufacture news and modulate it in a way that would suit the demands of the ruling political party and portray other political parties in a bad light. The sting operation revealed that some big media houses were prepared to strike a deal to promote the Hindutva agenda and help polarise voters during and prior to the 2019 elections. The website has released another set of videos showing managers and owners of some of the biggest media houses succumbing to the package of promoting Hindutva politics in exchange of money.

The sting operation carried out by Cobrapost revealed how several newspapers and news channels were prepared to spread communal disharmony and also tilt the electoral outcome to favour a particular political party. Two newspapers who refused to accept the offer were Bartaman and Dainak Sambad. In an alarming footage several media houses are seen to be discussing whether it would be feasible to manage the transactions in cash(black money).

Cobrapost sent an undercover journalist, Pushp Sharma. Sharma introduced himself as Acharya Atal.  The man stated that he representated an unnamed organisation and gave the impression that he was a member of or close to the Nagpur-based Rashtriya Swayamsewak Sangh (RSS).

In the recordings the website posted YouTube, Acharya Atal is trying to finalise deals with media house executives that would involve the promotion of the Hindutva agenda through paid content used on newspapers, radio, TV channels and websites. Vineet Jain, the owener of the Times Group is shown to negotiate the deal worth 500 crore with the undercover journalist. The sting operation exposed more than 25 media organisations agreeing to the business deal.

Part of the agreement would be to portray political opponents like Rahul Gandhi, Mayawati and Akhilesh Yadav in bad light in order to inspire electoral results. The arrangement included campaigning on electronic, print, digital and online media. The sting operation demonstrated that many great media houses agreed to the offer and agreed to give up the ethics of journalism for money. The offer required the media houses to spread communalism, show opposition leaders in bad light and spread the Hindutva agenda.

The sting operation reveals that newspapers and media houses have been sold out, the accountability of unbiased journalism is rare and corporate and political houses govern many of these forums inspiring their functions and preference. The expose revealed the names of several big media houses however it suggests a great decline in journalism. The socio-cultural degeneration accompanied with a decadent political scenario lead to serious points of interrogation and requires immediate attention.

Our readers are invited to participate in an ongoing discussion on sold out media and the demolition of the fourth pillar of democracy.

Owing to TRP Scam, BARC Suspends Ratings of News Channels for a Period of Three Months