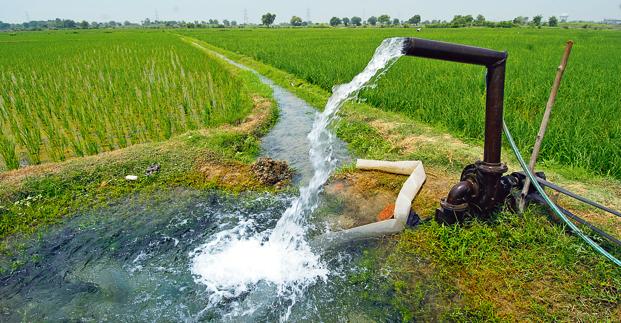 A good food and agricultural system is one, which makes available satisfactory livelihood to all members of the farming community and wholesome, nutritious food to all people in a sustainable way ensuring welfare of farm animals, protecting the soil and its fertility for future generations.

At present, there is a lot of economic tension and uncertainty among farmers not only in developing countries but also in some of the richest countries like the USA. A significant share of the farming community is landless (or near landless) and it is deprived of a fair share of the farm income. Many landholders are themselves in danger of losing control over their land.

Again even in the richest countries, care of soil is badly neglected. The machines that have taken over most of the work on farms can produce more food but cannot protect soil for future generations. As more and more skilled peasants are being driven away from agriculture, it becomes more and more unlikely that enough people will be available not just to produce food but also to protect land. Farm animals are being treated just as a commodity with least concern for their welfare.

On the consumption side, not only do poverty and inequalities deny adequate food to a large number of people (probably in the neighborhood of one billion) but even those with enough purchasing power find it increasingly difficult to get wholesome, nutritious food due to the domination in markets of food which has been heavily treated by chemicals or subjected to other processing (or adulteration) which have peeled off valuable nutrients while adding some harmful substances.

Therefore, the basic priorities of improving the farm and agriculture system should be:empower those who work on farmland to maintain their close links with land.Support them to get an adequate livelihood from cultivating the land and protecting its soil.

Unfortunately almost all these concerns are being neglected and existing distortions are getting worse due to the domination of quick profit interest of agribusiness in policy matters while ignoring the wider, longer-term and much more significant interests of ordinary farmers and consumers.

A lot of the confusion arises from treating agriculture much like an industry (or even mining) with a single-minded pursuit of maximizing short turn production and profit. Wendell Berry has very aptly exposed the fallacy of this widely held view. “The farmer differs from the industrialist in that the farmer is necessarily a nurturer, a preserver of the health of creatures.”

“The economy of industry is, typically, extractive. It takes, makes, uses, and discards, it progresses, that is from exhaustion to pollution. Agriculture, on the other hand, rightly belongs to a replenishing economy, which takes, makes, uses, and returns – it involves the return to the source, not just of fertility or of so-called wastes, but also of care and affection.”

Arguing why this basic understanding of agriculture is so widely missed these days Wendell Berry writes, “The ‘free market’ – the unbridled play of economic forces- is bad for agriculture because it is unable to assign a value to things that are necessary to agriculture. It gives a value to agricultural products, but it cannot give a value to the sources of those products in the topsoil, the ecosystem, the farm, the farm family, or the farm community. Indeed, people who look at farming from the standpoint of the ‘free market’ do not understand the relation of product to source. They believe that the relation is merely mechanical because they believe that agriculture is or can be an industry. And the ‘free market’ is helpless to suggest otherwise.”

There are thus very strong reasons why several economists, other allied experts and politicians advised by them are unlikely to see and appreciate the true nature of agricultural work. This also explains why governments are so reluctant to implement the needed agricultural reforms, even though many experimental initiatives of farmers are providing a strong case for much needed reform.

Several of these initiatives have been mainly associated with organic farming of various types, with several well-recorded cases of how productivity can be maintained or even enhanced while protecting the soil and avoiding chemicals. Other experiments go beyond this into several co-operative and community efforts which bring out many of those dimensions of agriculture which are missing in the industry oriented understanding (or rather misunderstanding) of agriculture.

A Farm of Hope and New Ideas in Rural Odisha

Trauger Groh, one of the pioneers of this movement in the USA, has mentioned some of the important aspects of community supported farms in his book – “Farms of Tomorrow” – “Some things are typical for all community supported farms. In all of them there is a strong dedication to quality ; most of them are organic or biodynamic farms, most of them show great diversification, most are integrated farm organisms having their own livestock and thus their own source of manure, or they are aiming in this direction. At all of them, far more people are working regularly per 100 acres than in conventionally run farms; and generally there are just many more people around participating in all of the dimensions of agricultural life: working, relaxing, storing, shopping, celebrating. This human element is of enormous importance. It shows that these farms have something to offer beyond good food. They embody educational and cultural elements that draw the interest of many people.”

Important as these initiatives are for choosing alternative paths for agriculture, these need to be backed by wider action to counter the current international trends of dominance of food and agriculture by some giant agribusiness interests. A wide network of farmers, consumers, environment, safety, animal rights and other activists will have to make a concerted effort to stand up against these forces, giving more and more people a chance to understand how the all-important food and agriculture systems have been destroyed by such ruthlessly commercial interests and how the situation can be saved by environment friendly initiatives of farming communities in cooperation with other concerned people.