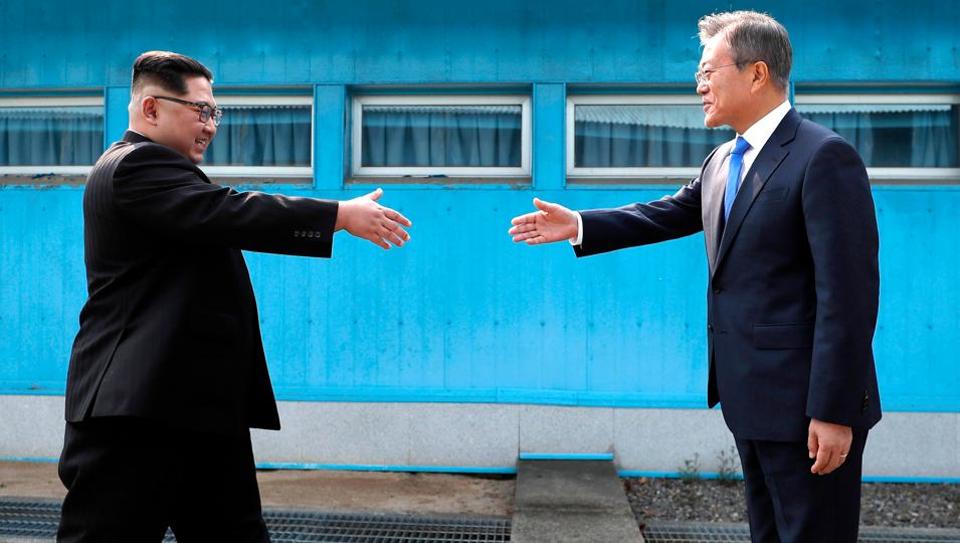 North and South Korea have witnessed a historic juncture after decades of unfriendly relations leading an example for many countries to adopt.

Meera Negi is a Political Commentator – based in Chennai.

April 27, 2018 is a historical day for the people of North and South Korea. It was the most auspicious moment – the world was watching – when North Korea leader Kim Jong with a beautiful smile crossed the demarcation line and stepped into South Korea. South Korean president Moon Je was standing next to the demarcation line and waiting for Mr. Kim. After 1953 it was the time when a North Korea leader stepped into South Korea. Similarly in this unplanned political art South Korean president Moon Je too crossed the line for a few seconds after the invitation from Kim.

On this historical occasion both the leaders called for a peace treaty within the year. “There will be no more war on the Korean peninsula, and a new age of peace has opened,” the Panmunjom Declaration reads.

In an official guestbook message Kim wrote “A new history begins now – at the starting point of history and the new era of peace.” And said during a speech

“If the people of North and South Korea can come and go freely by the path that I walked today, if Panmunjom – the symbol of war division where we stand today – can become a symbol of peace, the North and South that share the same blood, same language, same history and same culture can return to be one and people of all generations can enjoy prosperity”.

It is also said that South and North Korea shared objectives of achieving a nuclear-free Korean Peninsula through complete denuclearization.

The historic meeting has raised hopes for peace and prosperity in both nations.

This historic moment has created an example for countries across the world. It is not known what their political strategy will be and for how long the peace will be retained but the moment has brought a kind of hope towards togetherness and peace in the time of brutal conflict and killing.

Certainly, many countries in spite of political differentiations share the same culture, same language, same history and same blood and if the state starts the endeavor they can build peace and brotherhood.