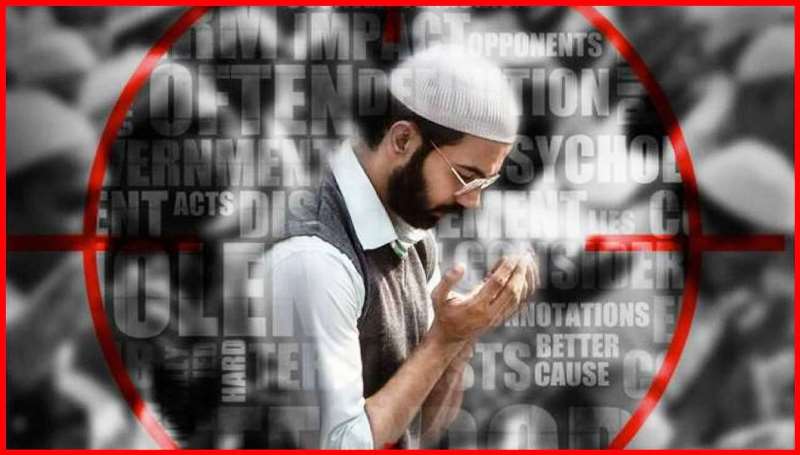 Omerta is a recently released film directed by Hansal Mehta which narrates the life trajectory, experiences, dilemmas and questions of a young man in the contemporary world.

Like his other movies, Hansal Mehta brought one more controversial life on screen. Story of Ahmed Omar Saeed Sheikh, a radicalized youth known as a brutal terrorist related to many militant groups. Movie brings his life’s important events from his college days at London School of Economics to his role in big terrorist events of world including making hoax calls from jail at the time of terror attack in Mumbai on 26th, 11, 2008.

Movie starts with his days in Delhi where he started organizing crimes of kidnapping western tourists by using fake identity. Then story goes in the flashback showing his college days, trainings in terrorist organizations, meetings with higher leaders of organizations, and then again comes with his later incidents of life including his involvement in chilling terrorist attacks.

One can see how Hansal Mehta used real scenes of plane Hijack, world trade center attack of 2001, statements of politicians on such terrorist attacks and original photos of Omar. Case of Daniel pearl is hauntingly visible in the movie and shows cruelty of a so called educated youth who looked “others” satanically in the name of saving his brothers of community and taking revenge.

As we know a crime always gives birth to another crime. The Bosnia case haunted a young student of London School of Economics and first he stood to protest against deaths and injustice and then became a radicalized guy who did the same what his hateful “others” did in Bosnia.

After the movie, I was just thinking on the both sides of the story. How a youth becomes radical and obsessed with a particular thought and later justifies it with wholeheartedly. He becomes an object of ideology, who is unable to differentiate between innocents and criminals, who analyzes all in the name of religion, place and ethnicity or even by just name of the country.

Predictably, movie also gives a narrative that how people use unrest of a young guy in favor of their agenda and develop him in a cruel, cold blooded murderer. In such circumstances we can think what role education can play here?

When I say education, it’s that education which makes a person able to recognize goods and evils of society, which gives a strength to be rational and look things critically to justify what’s better for the whole Humanity, an education which gives a way to fight against prejudices and destructing thoughts. For a common student, studying in London School of Economics is like a superior thought but what about an education which is unable to develop skill of choosing the right path? Even if it’s from a leading institute. What if a student is being brainwashed and obsessed by an ideology without looking a just path? These are a few examples of questions which we should think collectively. When he killed journalist Daniel Pearl he had never thought that he is also doing the same thing for which he stood and fought against “others” to save his brothers and sisters (Muslims). This is the case of indoctrination which kills our ability to reason, which shows us just one side of the coin.

On a twitter debate, I remember how a guy was bringing and using my identity in the discussion irrespective of my points and logic. It looks so simple but such thoughts and sticking stereotypes and prejudices along with place, caste, class, religion, ethnicity, etc., gives nothing but nurture a separation which if unnoticed gives several “Omars” in the name of fighting against injustice.

Of course, there are examples of injustice in every part of world but a good and critical education can teach students that a person belonging to a particular community is not automatically a criminal if some members of her/his community have done anything wrong somewhere. Those who are doing wrong should get punishment but not all people belonging to that community. But when rhetoric goes smoothly and continuous by various means then it kills rationality and criticality. It gives a one sided picture which shows others as evil and our mind stops looking good side of others.

Our society, Ghettos of particular communities, schools of a particular ideologies nurture such separations directly and indirectly and it creates a good atmosphere for any future propaganda. Smooth reflections can be seen in the form of social media comments on celebrating death of a journalist in Bengaluru, trolling on the issue of Kathua rape case, etc. seriously we should be worried on such patterns of our young minds.

If society and community teaches separation and stereotypes related to caste, class, gender, religion, etc, then schools should bring an atmosphere to question and counter such ideologies. Their aims should be to develop critical and questioning students and not to reinforce the systems of oppression’s and separations dominant in society. Educationist Krishna Kumar’s beautifully written piece “Growing up male” gives a thought provoking insight on the issue of gender

Coming back to movie I can say that it rewinds all those haunting events of terrorism and gives a brief caricature of terror, politics, etc. Rajkumar Rao is as good as he was in his other works like Shahid, Citylights (2014), Trapped and others. He gave a full journey in his character from innocence to cruelty along with cunningness of Omerta. Story of the film was light and predictable but its Hansal Mehta’s direction, which is too strong as it gives us scene by scene, an essence of reality from scenes of Delhi to kidnapping of Daniel Pearl and then rest events. For bringing such a story on screen this duo has admirably done a good job.

We watched it first day but then also there were some 10-12 people in the hall. Three young men left movie in the midway and moving out saying in Bengali “paisa barbad ho gaya”. Me and my friend was discussing that the movie is sensitive and one can extract just hate against terrorists from it or looking all sides of events critically too. We both were discussing about Bosnia and other reasons of his radicalization and in washroom a guy was telling to his friend “wo madarjaatta jail se network chala raha”. 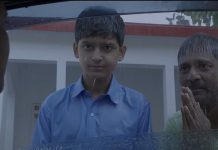 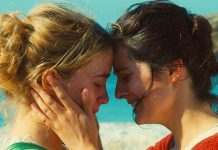