Ecological pollution and the denial of the right to a healthy environment are issues that need urgent attention. Individuals protesting against the pollution of environments through harmful chemicals in Sterlite symbolize the greater concerns of environment.

Over the last few years, we have seen that many important protests have been brutally demolished and suppressed by the government. A case of suppression of a people’s movement could be witnessed recently when Chennai and Kerala farmers were protesting peacefully and lathi charge compelled them to go back. The government’s mandate that made protesting at Jantar Mantar illegal is also a measure in to that goal. There are many protests taking place in the nation such as by Gujarat farmers and MNREGA workers-who are protesting and demanding their relevant rights. The protesters are completely neglected by both media and government.

On Tuesday 22 May, Tamil Nadu police brutally lathi charged on protesters who were protesting to close down Sterlite Copper plant that represents the copper unit of Vedanta Limited in which about 20 people have been injured and 5 protesters have died. The protest was going on from last many years demanding closure of the plant by which pollution is generating many serious diseases over the nearby locations.

Tuticorin residents are protesting from 1990’s and demanding the government to take major action against the plant. They have constantly notified the government that the plant is polluting air, water and soil – that is generating many diseases in the locality.

Kittu – a local protester fighting against the copper plant from last 27 years said that due to effluents from the plant people in the district are already using contaminated water and facing its consequences.

On February 10, 2018 local residents informed the district authorities and appealed the government to take action against the plant. Protesters said that from last many years’ people were continuously appealing and notifying officials and government, but no officials or any government institutions responded.

The plant has been charged by institutions for neglecting government rules, damaging environment, and playing with health of local residents.

In March, Tamil Pollution Control Board (TPCB) accused the factory for releasing noxious tar in the air including mining, smelting and refining. The hazardous industry produces toxic byproducts like lead, arsenic and sulphur oxides that adversely affect water, soil and air quality.  This action was taken place when on 23rd March local residents of Tuticorin woke up to itchy eyes, breathing trouble and burning throat. The locals report that this is a common problem here, but on the day, it was more critical. People were restless and running for aid. There were rushes of many doctors to copper plant.

Only after this incident, government institutions noticed the issue and took few actions but that do not affected the ongoing process of the plant.

The National Environmental Engineering Research Institute (NEERI) and the TNPCB have found evidence that Sterlite contaminated the groundwater, air and soil with its effluents and violated standards of operation.

Later after appealing in Madras High court and the Supreme court of India, on April 2013, Sterlite was fined approx. Rs 100 crore for polluting the environment and responsible for generating heath problem to local residents.

Today due to massive numbers of Industries and plants there are many places suffering from similar situation. It is not about only Tuticorin district but Koddakolam, Jamsedhpur and many places are in list; and the voice of locals is ever neglected. Now, it is very hard to imagine what would happen after complete FDI.

This is extremely shameful denial of the issue by the government and officials need to be accountable.Why can’t people protest for the right of health and pure oxygen? Why the common people of the nation should be victimized due to its paradoxical development policies? 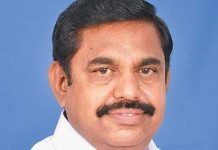 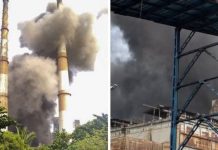