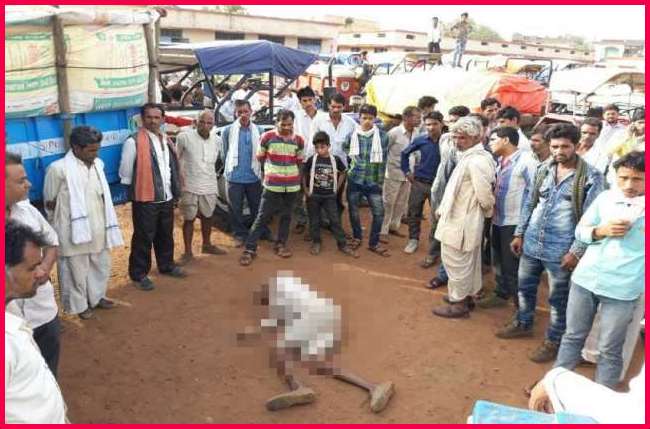 In Madhya Pradesh a farmer was compelled to wait amidst hunger and extreme heat for several days to get his crops weighed by a local authority- he succumbed to death. Farmers constitute a large section of the Indian population and still they are marginalized.

There are hundreds of deaths taking place in the country every day, the news about many of which never catch the attention of mainstream media. These are the people whose voices never reach mainstream political discourse. Their everyday struggles to survive are inaudible to the government and the greater political establishment. They are counted or addressed to merely in times of election and voting.

A recent report related to the death of a farmer in Vidisha, Madhya Pradesh was published by Patrika. A 65 year old farmer Mulchand Maina come to Lateri mandi with his harvest in order to get it weighed and passed by the mandi authority. It is said that Mr. Mulchand was kept waiting for three days despite his gnawing hunger. It was extremely hot with a temperature of 43 degree Celsius but Mr. Mulchand was compelled to wait for his turn to get his harvest weighed and approved.

Farmers are disappointed with the present authority of Lateri Mandi. They claim that all facilities for weighing grains are sufficiently available but because of official callousness and lack of coordination, farmers struggle a lot. It is only not about the struggle of farmers but millions are every day struggling in the country to get basic services.

After the death of Mulchand, other farmers who were compelled to wait for long hours to get their grains weighed got agitated and started protesting. Later the local authority arrived and promised to fix the issue soon and announced compensation for Mulchand’s relatives.

The report elaborates how farmers wait for more than five days in order to get their crops weighed. Similar kinds of hardships are faced by all farmers in the nation.

It is sad that a nation that largely belongs to farmers has the highest number of farmers committing suicide. They are the section  of the nation who are easily fooled and harassed at every step.