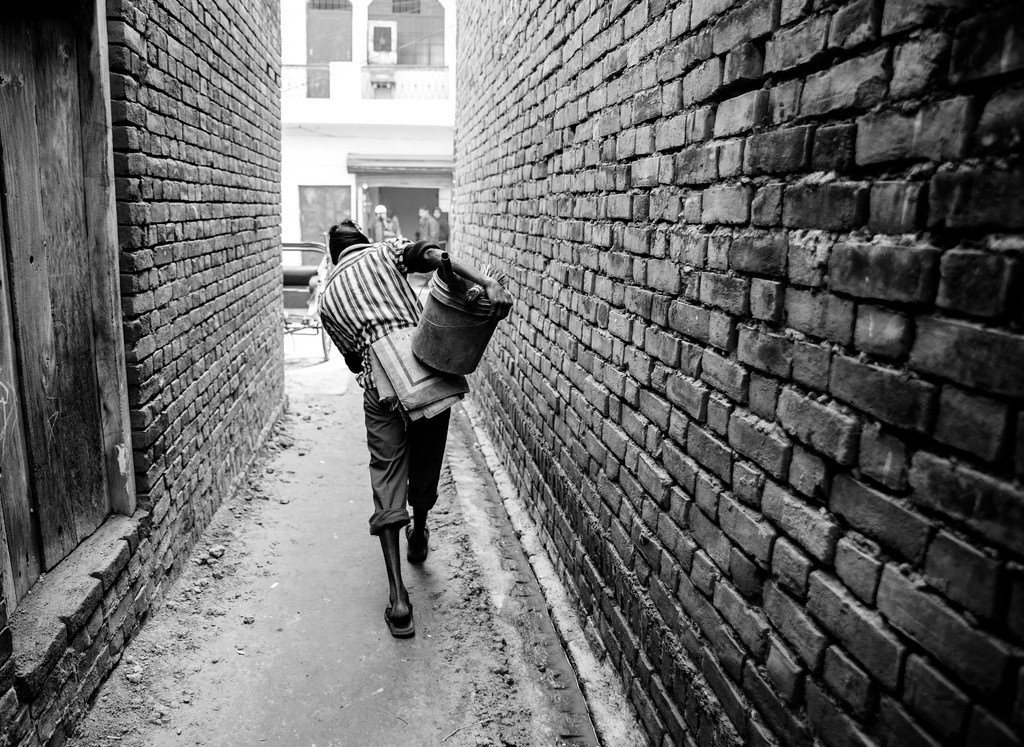 A recent inter-ministerial task force has estimated the number of manual scavengers as 53,000. This survey includes data from 121 districts (spread over 12 states) out of more than 600 districts in the country. This number, though is a four-fold increase from 13,000 odd workers recorded in 2017, it is also pertinent to note that following surveys that outlawed manual scavenging in 1993, the central government had counted 7 lakh manual scavengers by 2004.

Another significant aspect of the latest survey is the very definition of manual scavenging. The above mentioned estimated number does-not include those involved in cleaning sewers and septic tanks, and also does-not include the data from the Railways, the largest employer of manual scavengers. It also does-not include data from urban areas. Sewer and septic tank cleaning has also not been included, as according to an official of the Ministry of Social Justice, “it can’t be completely done away with but can only be regulated with the use of protective gear, which is allowed under the law”.

It is not very difficult to draw certain common-sense conclusions from the above description of the state of affairs. Firstly, the evident reluctance of the states to participate in the exercise of collecting data on the number of manual scavengers present in the states displays the amount of concern they have towards the plight of these workers. Since manual scavenging was outlawed in the year 1993 itself, the states have devised innovative ways of staying at the right side of the law. These include refusal to participate in the enumeration exercise itself, refusal to officially verify figures and so on and so forth. Similarly, central ministries like the Ministry of Railways and the Ministry of Urban Affairs do-not think it significant enough to part with the numbers, or for that matter, arrive at them in the first place.

Further, the central government and the states have very strategically and conveniently redefined the scope of what constitutes manual scavenging itself. So sewer and septic tank cleaning does-not even form a part of manual scavenging for the superb reason that ‘it cannot be done without’. As a result, sewer and septic tank cleaning is very much lawful, albeit if carried out with ‘full protective gear’. It is not of much significance however that such protective gear, which includes 43 kinds of protective equipment and 11 mechanical equipment, is seldom if ever made available.

This farcical situation would have been quite hilarious had it not been so unbelievable, unfortunate, dangerous, sad and disgusting. The excuse of protective gear is conveniently use to keep a certain activity out of the purview of law and at the same time no-one bothers to actually provide that gear. So, in the end, these helpless workers, continue to indulge in a lawfully prohibited activity, working with their bare hands and bodies, drinking heavily to be able to tolerate the stench and many a times losing their very lives in the process. On top of that, they are not even counted as manual scavengers because, on paper, cleaning of sewers and septic tanks is allowed because it is supposed to be done with full protective gear (so what if it actually never is). Unbelievable, but true!

Every death of a manual scavenger momentarily succeeds to find a place in the news of the day. It results in some token gestures, some intellectual analysis, some laments, recommendations etc. Then something more pressing like may be the death of a celebrity, or some unpatriotic act by some citizen, comes to the fore and these deaths are very easily forgotten. With the strengthening of the caste hierarchies in the present day scenario, and gradual dilution of Dalit rights, it is not very difficult to forget those who are at the lowest rung of the hierarchy as they are neither a significant part of the vote bank, nor a part of a powerful lobby. In fact had they not been essential for doing all the dirty and menial work, they would have been quite dispensable. When such are the sensibilities of the nation that we together form, then is there something better that can be expected?