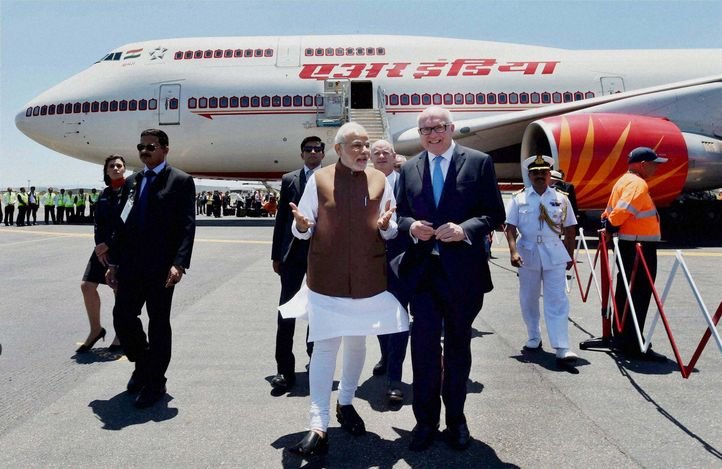 In a Poor Country Like India We Expect Grace if Not Austerity!

Expenses worth 1,484 incurred for the Prime Minister’s visits to 84 countries since June 2014. The details of Mr. Modi’s foreign travels were shared in the Lok Sabha by Minster of State for External Affairs VK Singh.   The expenses incurred look massive especially in a context such as India where 22% of the population is below the poverty line, when 44% children under the age of five are victims of malnutrition and 37% of the world’s illiteracy is accounted for by India.  In case we have a massive inflow of funds and resources (as the expenditure made on foreign travel reveals) we would appreciate if the leader of the nation chose to utilise them better.  It may be a good idea to see the world but how can we forget that the same world is seeing us all the time?

If there is one thing we Indians can do best, it is to find unusual means to fulfil our needs despite its potential to harm fellow citizens, lead to corruption or just be morally incorrect. That is why we wear helmets not to protect our own heads but to keep off the traffic police, we pay bribes to avoid queues but brag about honesty and this character has entered our research too.

Fake research paper shops charge their costumers and publish their papers irrespective of their quality and standard. Many of the journals are published from shacks with single computers but a line of desperate young academicians waiting to pay and publish. The expose brought forward the names of some significant people occupying important administrative positions in universities to be involved in fake research.

How far can fake research be blamed in a country where management institutions mushroom in every open field, engineering institutes operate from balconies of barsatis and teachers pay bribes to get the job where everything except for their talent is important?

Parliament is a Temple of Democracy

There is a no trust motion in the Parliament today and the nation will wait to see how the opposition makes the most of the opportunity today. The ruling party does have the numbers to silence the opposition but what the country is surely waiting to see is how the PM responds to the vibrancy gained by the opposition after what almost seemed like a lifetime! The proceedings of the Parliament will also stand testimony to the preparations of the Opposition for the upcoming elections. The fact that India is a democracy and quite a chaotic one will hopefully once again be proven.  Meanwhile the citizens of the nation can sit back with a cup of hot chai and see who wins over whom!

Finally, We Agree That Women are ‘Humans’ Too!

We can watch films with female protagonists, fly on a plane monitored by a female pilot, don’t have an issue being operated by a woman surgeon and still continue to discriminate against women when it comes to religion.

Women between the age group of 10-50 years were so far not permitted in the Sabarnimala Temple on account of being ‘impure’. The archaic practice was banned by the Supreme Court which mandates equal access to women. The discrimination against women is intolerable and must be contested in all appropriate ways.

Women after all are exceling in all spheres of life and if our education does not empower us to challenge the archaic, what kind of education is it anyway?

The Israeli Parliament passed the controversial law making Israel a Jewsish nation-state. The law it is believed is against the minorities constituted of the Arab people. The PM Benjamin Natanyahu called it a historic moment. The marginalisation of the Arab people was feared as a result of the law as the Arabic language would now gain ‘special’ from the earlier ‘official status in Israel. The law leaves Israel to become a Jewish nation-state.